Santa, Snow, and Smiles at Portage’s Mistletoe on Main St. 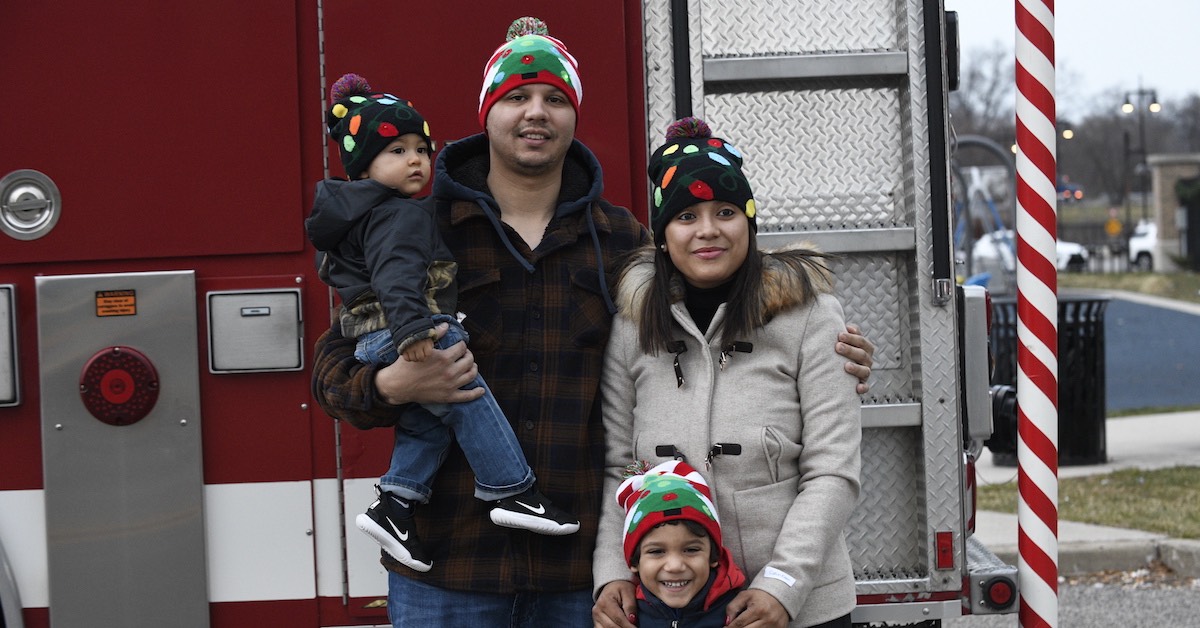 It was jolly, rocking fun time at Portage's Mistletoe on Main St. when Santa and Mrs. Claus arrived on a fire truck. While a fire truck may not seem like the usual mode of transportation for Santa, it made perfect sense when the invite came from Assistant Fire Chief Dan Kodicek.

This event hosted by Portage Event Partnership allowed children and the young at heart to see Santa from a safe distance and donate to the Toys for Tots drive.

“We are one of the largest Toys for Tots fundraisers in Porter County," said Kodicek.

In addition to candy canes dropped down a 14-foot tube by Santa, those in attendance had a chance to take home cookie decoration and craft kits from the Portage YMCA and Portage Kiwanis.

"We are trying to give the community a day with Santa," said Dawn Wolf of the Portage Kiwanis. "All the money raised goes back to the Portage community in scholarships at the high school, as well as other events to the children in the community."

Alisha Foor and husband Nathan brought their three children Grace (13), Joseph (5), and James (2) after hearing about the event on social media.

James could not hide his excitement upon seeing Santa when they arrived. He immediately stuck his head out the car window, pointed, and yelled in glee, "Santa!"

"This was nice for the kids. I didn't want to go somewhere else, have to wait in line, only to have the kids see Santa behind glass," said Foor.

"We were determined to have Christmas for our children. Everyone has been feeling cooped up" said Portage Mayor Sue Lynch. "It's a little different this way but it's working. It's a beautiful day with no wind. We have Santa and we even have snow, my favorite things!"

After meeting Santa, those in attendance were able to join the Mayor, Santa, and Mrs. Claus for the official tree lighting ceremony. Following a ten-second countdown, the tree magically lit and attendees’ faces were filled with positivity. Before leaving, Santa promised the children he would be back for Christmas Eve. Then he gave a wink of the eye, a wave to the kids, and yelled "Ho, Ho, Ho!" as he walked back to the fire truck.

In addition to donating to Toys for Toys, families can participate in the Letters from Santa program, a Kiwanis fundraising effort, where children receive a personalized letter from Santa. Please visit the Portage Chamber of Commerce or the Portage Kiwanis sites for more information.