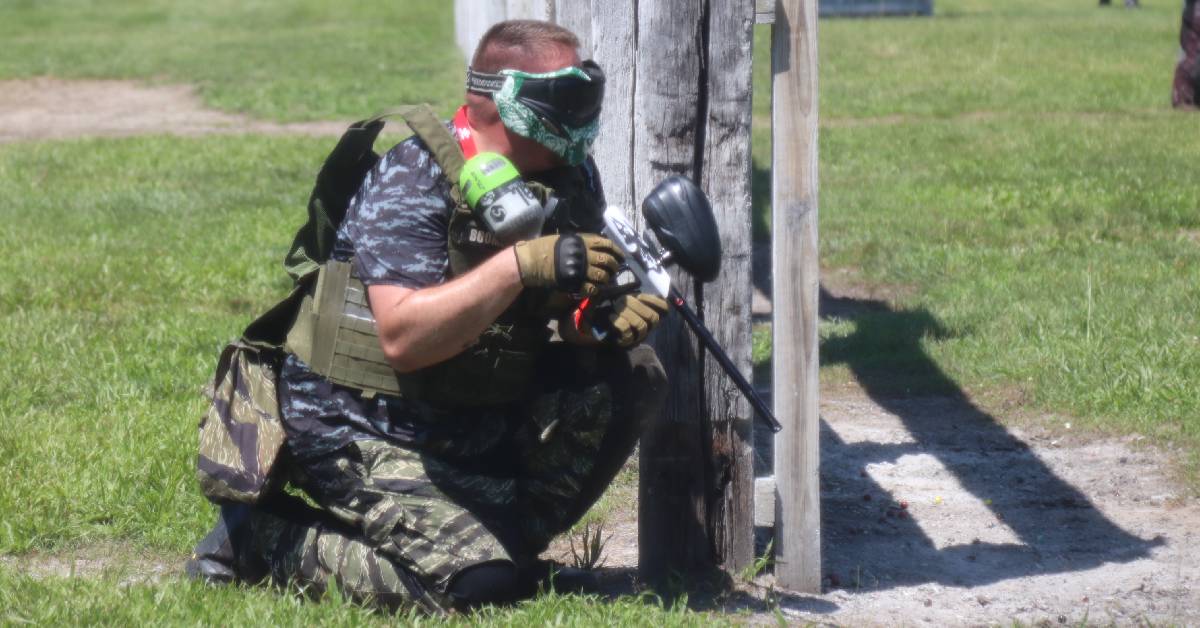 Paintball players of all ages gathered at Fort Knox Paintball in Winamac, Ind. on Saturday to kick off a weekend full of paintball fun with a themed “Big Game”. This weekend’s theme was Fallout, based on the popular post-apocalyptic role playing video game series by Bethesda Softworks.

“In a big game, we play the whole field as one big playing field” Justin Wagner, one of the owners of Fort Knox Paintball said. “You have the red side and the blue side. They will battle all day long.”

“This is one of four big events we hold every year, ” said Dave Wagner, co-owner of the field and Justin’s father.

“You got two different sides fighting over missions, props, and territory for about eight hours today and eight hours tomorrow,” said Lefty, a regular at Fort Knox.

Throughout the field, they had prop bottles of “Nuka Cola” and bobbleheads of the iconic “Vault Boy” along with other references to the “Fallout” universe.

The players gathered at their ends of the field and waited for the horn to start the game. The players then darted across the field to complete missions and gain points.

Fort Knox Paintball was founded in 2004 and has expanded ever since. They have added on new and interesting themed areas for people to play paintball in such as western towns, pirate ships, and more.

Dave Wagner said that they make sure their field is unique. He uses his background in engineering to build interesting structures for the field.

Some players traveled from across the midwest to come to this event. The site allows people to camp out on the property for free to make it easier for those staying the whole weekend.

Paintballers will play for the whole day on Saturday and will pick the game back up again on Sunday morning for continued fun, but the truth is, the game was fun from the start.