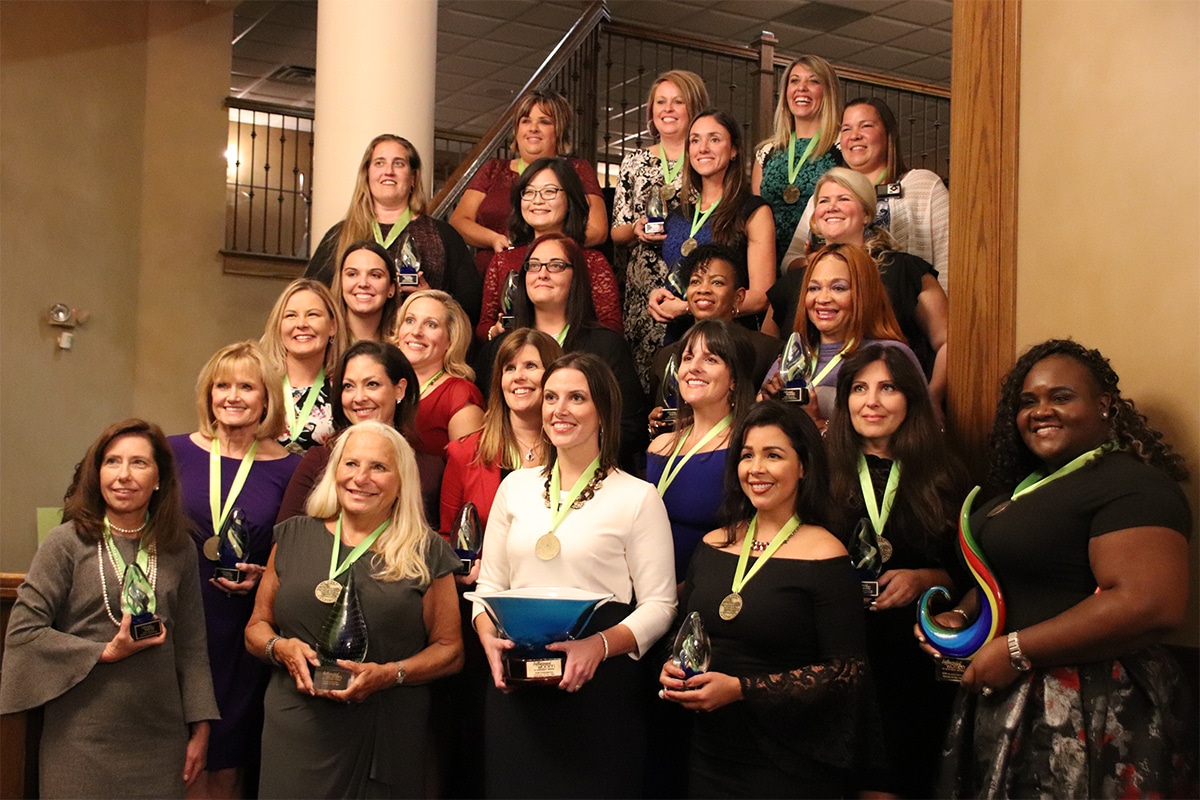 Influential women and their steadfast supporters packed Avalon Manor on Thursday night to celebrate the finalists of the 8th annual Influential Women of Northwest Indiana Awards ceremony and to crown this year’s winners.

“It’s an amazingly well-attended event honoring women across seven counties, so it’s truly a regional event,” said NWIIWA Chair Erika Dombey of the more than 750 person draw. “The food, the venue, and every person in the room make this a great time.”

NWIIWA stands for Northwest Indiana Influential Women Association, a non-profit that grew from the event itself and officially launched just three months ago.

“The momentum from the awards kept growing,” said NWIIWA President Andrea Pearman. “It’s so rewarding to see and support the strength of the women in the room, and we wanted to create something, an organization for these professional women to grow their network and professional education year-round.”

From alumna, women who’ve previously won these awards, to current finalists, the room was full of their strongest supporters. Paula George and Michelle Corrigan attended for the first time to support their friend Natalie Krause of Extra Mile Fitness, a finalist in the Service & Tourism Category for the Influential Woman award.

“She’s very inspirational and always thinks about everybody else,” said Corrigan, with George adding, “She’s always so encouraging, which is an inspiration in itself.”

Jean Ishmon, Executive Director of the Northwest Indiana Reinvestment Alliance and finalist for the Influential Woman award in the Education category, took this support the other way, saying “I appreciate the nomination, but I don’t think of this as being just for me. I think it’s for my whole team and a recognition of all that we do for the public.”

“I always call it my Girl Gang,” said Jenny Craig-Brown, Ideas in Motion Media’s Executive Team Leader and winner of the Up & Coming award in the Marketing & Media category. “We support and push each other. I feel both humble and honored to be in a room with all of them knowing that they consider me on an equal level.”

Reflecting on Craig-Brown’s big win, Ideas in Motion Media’s Founder & Owner Chris Mahlmann said, “We all recognized that Jenny was a rock star the moment we met her. Tonight, the region got to see that she’s the real deal.”

“There’s a huge movement in this community to empower women, to push women and motivate them. It’s incredible,” Craig-Brown said. “This event brings all those women to honor and thank them. It’s absolutely amazing.”

If you are an amazing woman, or a supporter of amazing women, join NWIIWA or nominate next year’s finalists at nwiiwa.org.