City of Hammond and The PAV Welcome Steve Miller Band to a Night of Music, Food, and Community Fun 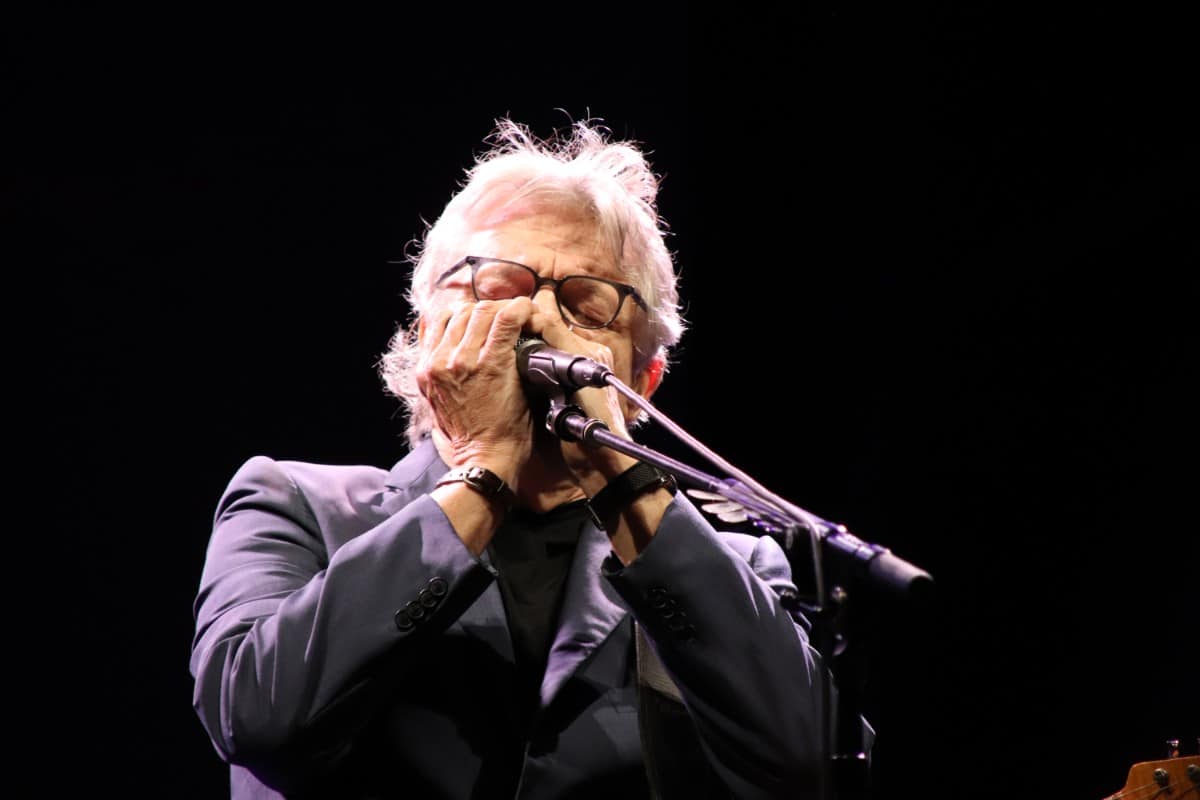 The Pavilion at Wolf Lake (PAV) welcomed Steve Miller Band for a beautiful Saturday night of live music featuring opening performances by Jamrose and Davy Knowles. With three tiers of admission, food vendors serving up summertime favorites like sweet corn and elephant ears, and bars in each section pouring domestic drafts and craft brews, the venue offered something for everyone, starting with the sunset over Wolf Lake and ending with Steve Miller Band.

Tracy and Matt Springsteen of Crown Point were excited to see Steve Miller Band a second time. They brought Tracy’s parents, who hadn’t seen the band play live before.

“It’s so convenient for us all,” Springsteen said, “plus it’s outdoors which is a really neat way to see live music.”

Robert and Kerrie Klitzing of Durand, Illinois, drove three hours to see Steve Miller Band for their fourth time. It was there first time in Hammond, and they were floored by the beautiful views as the sun set over Wolf Lake.

“It’s a great night, and the view makes up for the drive,” Robert said. “Honestly, though, I’d go farther to see Steve Miller if that’s what it took!”

Randy Marciano of Joliet and Angel Morgan of Beecher also appreciated the convenience, noting that, for them, it’s not too far.

Hearing that the Klitzings traveled in from Durand, Morgan said, “If I drove three hours and came to this, I’d be thrilled. It’s a beautiful venue.”

“I like to get as close to the artist as I can. It’s a way better view and a whole different experience,” Marciano said. “The cost was amazing for these seats. It’s a really good deal nowadays to be this close to the stage.”

Hammond Mayor Thomas McDermott Jr. is a major proponent of tourism in Hammond and feels especially strongly about live music as an attraction that casts a wide net.

“A lot of the people who come here aren’t from the Region,” Mayor McDermott said, noting a friend who’d traveled up from Indianapolis. “But Steve Miller doesn’t play everywhere!”

“I’m a believer in keeping this venue busy,” Mayor McDermott said of the momentum the concerts at The PAV have created. “Each time you get a major act to come to Hammond, it makes it easier to get great acts the next year.”

Schererville native Nicole Jamrose, who opened for Steve Miller Band, has been rocking since ’91, and she made the Region proud with her third-place finish on the reality singing competition television show, Nashville Star. Jamrose’s father taught in Hammond for 30 years, so she has a soft spot for the city in her heart.

“I love this stage. It’s beautiful and the sound is magnificent,” Jamrose said of The PAV. “The mayor has always been great to us and we love this venue.”

For more information about upcoming events at The PAV, please visit www.wolflakepavilion.com.