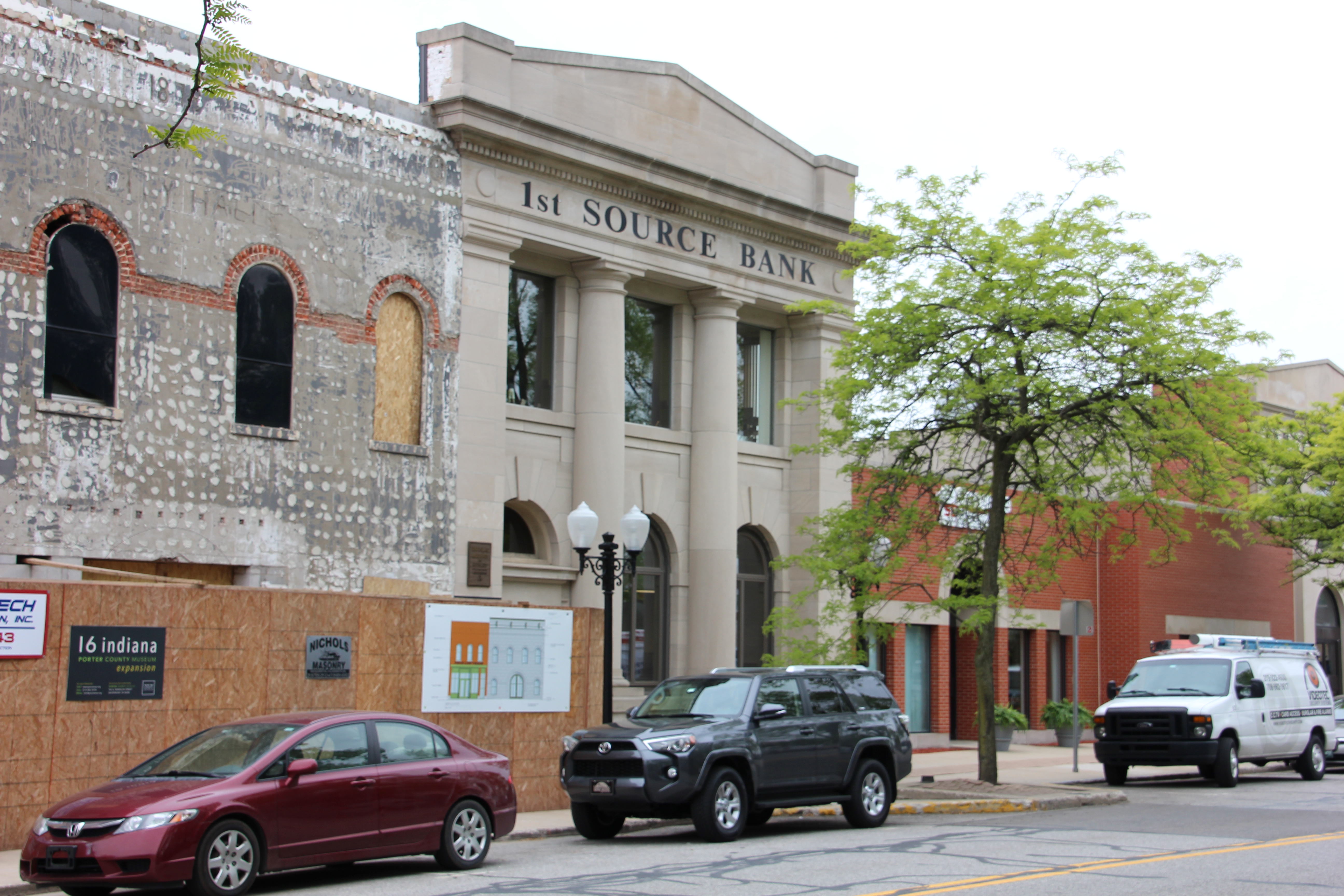 In 2006, 1st Source Bank acquired First National Bank of Valparaiso and with that acquisition came the historic location in downtown Valparaiso at 14 Indiana Avenue that has been a staple in the square, and one of the building blocks that helped make Valparaiso and, more specifically, the downtown area into the vibrant community that it is today.

The frame building that was erected in 1889 as the First State Bank of Valparaiso was razed in 1903 and replaced with the building, for the most part, we know today. Like banks of its time it was built in the classical Greek tradition. Banks, as well as governments, used the Neoclassical style to convey wisdom and a sense of security. The structure was built using Indiana limestone and featured massive columns reaching up the two full stories to support a carved stone entablature and an expanse of limestone.

The buildings interior possessed state-of-the-art security that consisted of 18-inch steel-reinforced concrete vaults lined with sheets of chrome steel on the interior walls. Double vault doors that were equipped with triple time and combination locks still stand today and serve as a glimpse back in time for 1st Source Bank customers who visit the historic location.

“It’s almost like a piece of art on the wall,” said 1st Source Bank’s Regional President, Matt Vessely, when speaking about the vault door that is no longer used but is still an attractive decoration that harkens back to the late 19th to early 20th century. 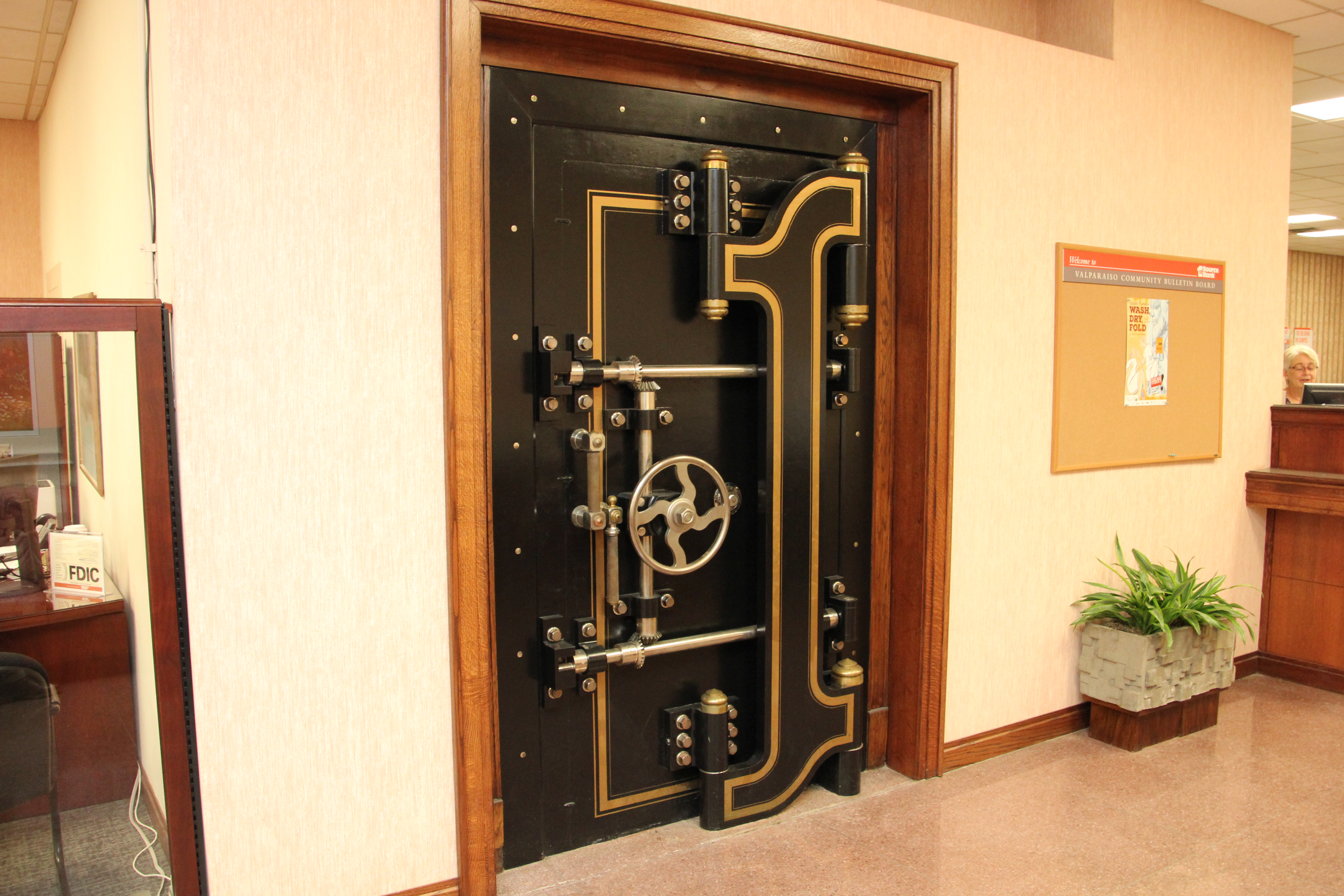 “For a banking organization in a community like Valparaiso where the downtown is an important part of the community it’s important for us to be here,” Vessely said. “When you look back over history a lot of the core of business activity took place downtown. You’ve got the courthouse across the street, the banks, you’ve your title companies and attorneys. It all kind of centers around downtown so as a key part of the community, being a part of that was important.”

“It continues to be important today. A lot of downtown businesses need a place to bank and a lot of the community is downtown and they need the convenience of banking close by so it’s an important location. There’s a couple of aspects to it. There’s the customer convenience and it’s the gathering place, and I also think there is something about being a part of the downtown as far as being a member of the community.”

Over the last century the downtown Valpo area has, of course, changed quite a lot. In some places new buildings rise from the ashes of older ones while, in other instances, existing buildings are transformed or merged with neighboring structures to create more space for expanding companies or bigger businesses moving into the downtown area.

“If you go down the block you’ve got these old buildings, and it’s building after building,” Vessely said. “So if you walk through our building you’ll go down some steps because that’s where there was a different building before. The basements are all intertwined and there are some real, sort of, catacombs from where there have been buildings smashed together over the years and it works well.” 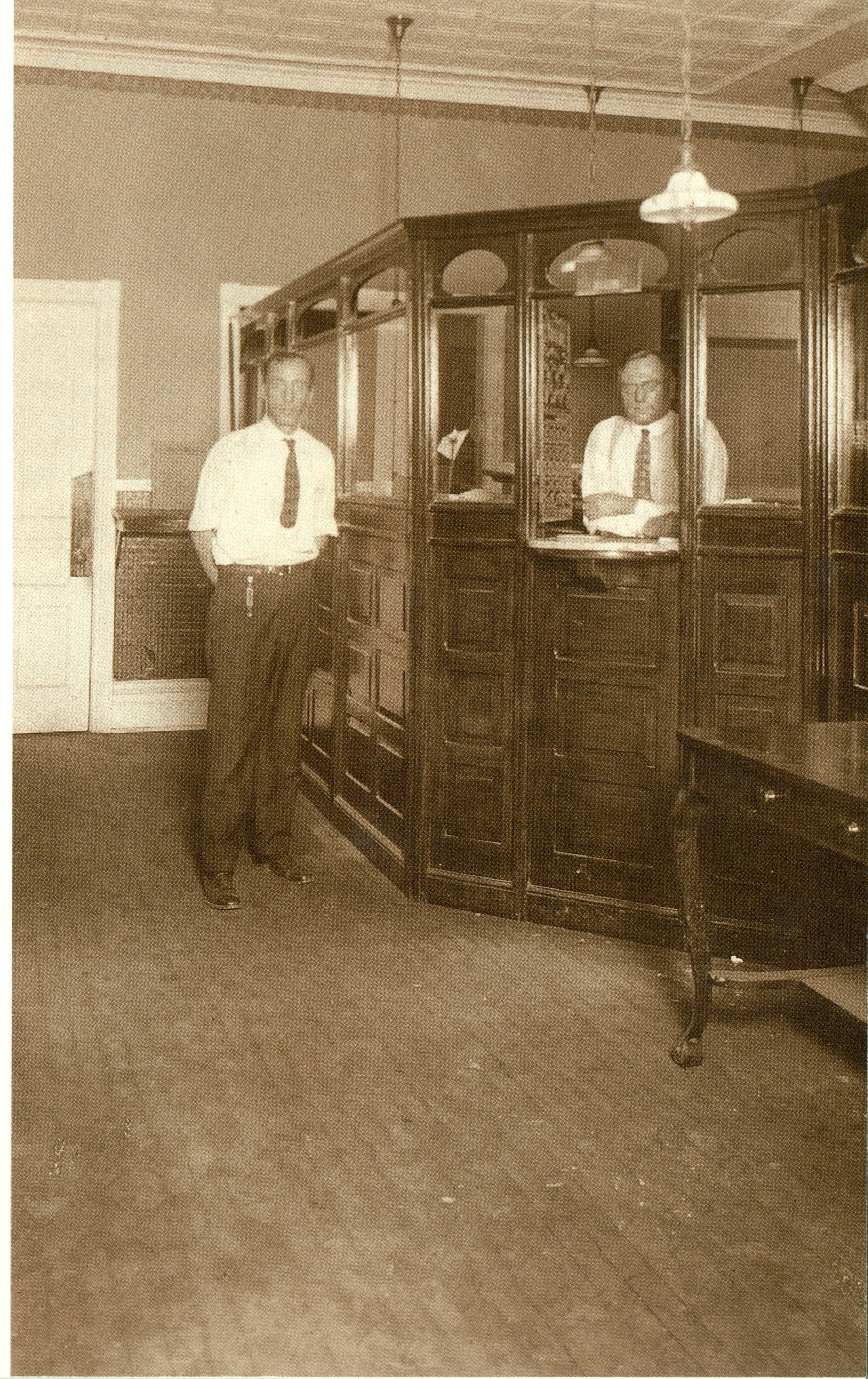 1st Source Bank has done what they can to maintain the historical significance of the buildings that they operate in while, at the same time, making them functional. Also adding to the look and feel of the downtown is the current renovation of the old city hall and police station on Indiana Avenue, next door to 1st Source Bank.

“We’re fortunate in Valpo that the downtown is alive and vibrant,” said Vessely. “It’s important to be here regardless but the fact that we can continue to serve our customers here because there’s so much activity downtown is a great thing.”