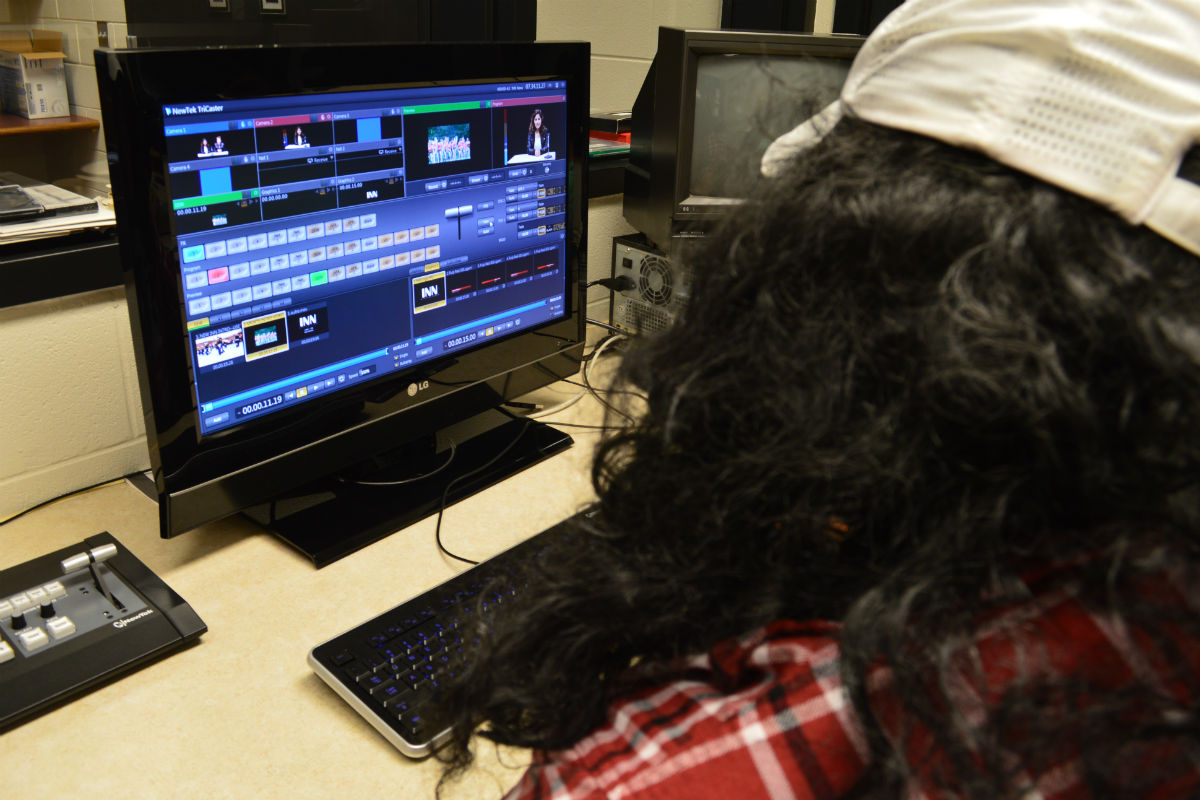 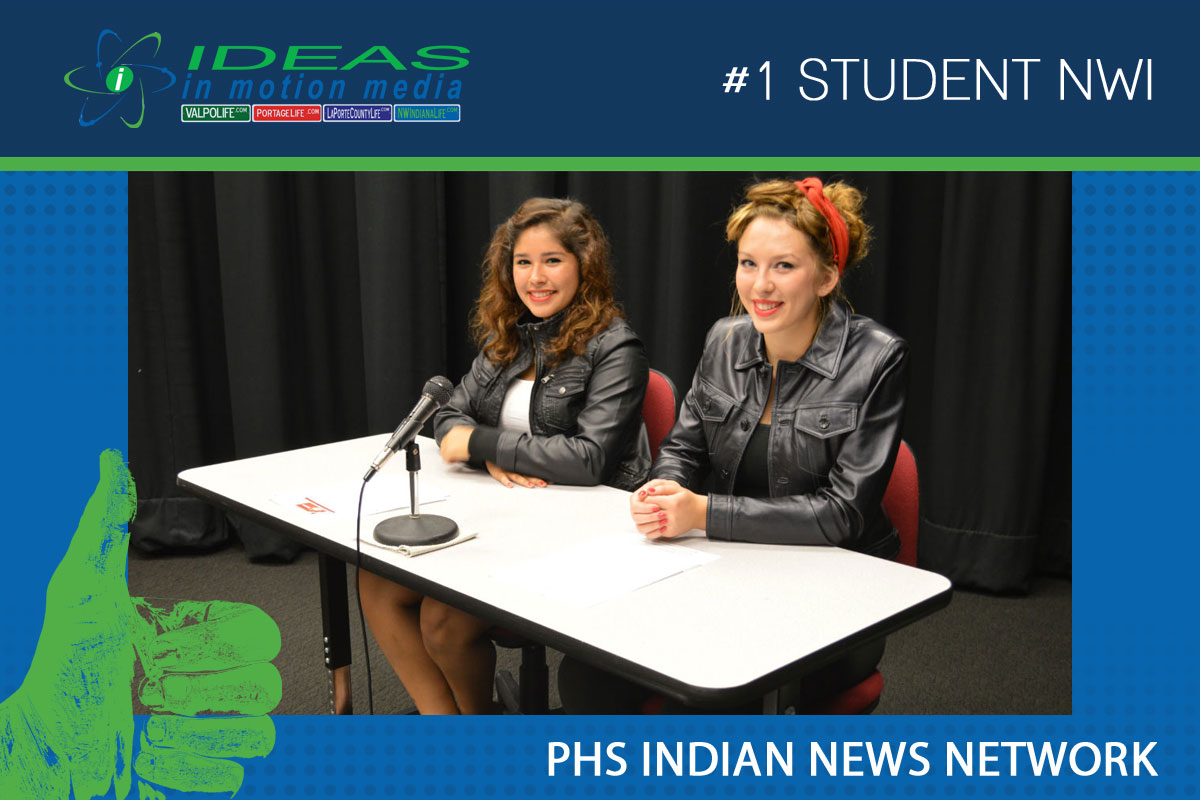 Anabelle Tokash is PortageLife.com's #1StudentNWI representative at Portage High School. This month, Anabelle wrote about the Indian News Network, a student group takes takes pride in delivering the daily announcements with a twist.

Each and every school in northwest Indiana has something special about them. This unique “something” usually stands out at the commencement of the school year. Portage High School’s amazing stand-out is our news show, the Indian News Network. The Indian News Network, or the INN, is a visual broadcast of the morning’s announcements. The daily announcements are read aloud with an enrapturing spark and vigor by students at the school.

This one-of-a-kind program began roughly four years ago with three Portage alumni, Eric Mesarch, Brandon Vickery, and Collin Czilli. These three intelligent boys recalled how they often felt uninterested in the morning information, and decided a change needed to be made. When INN began, students would each read one category of announcements either sports or academic, on Mondays, Wednesdays and Fridays. 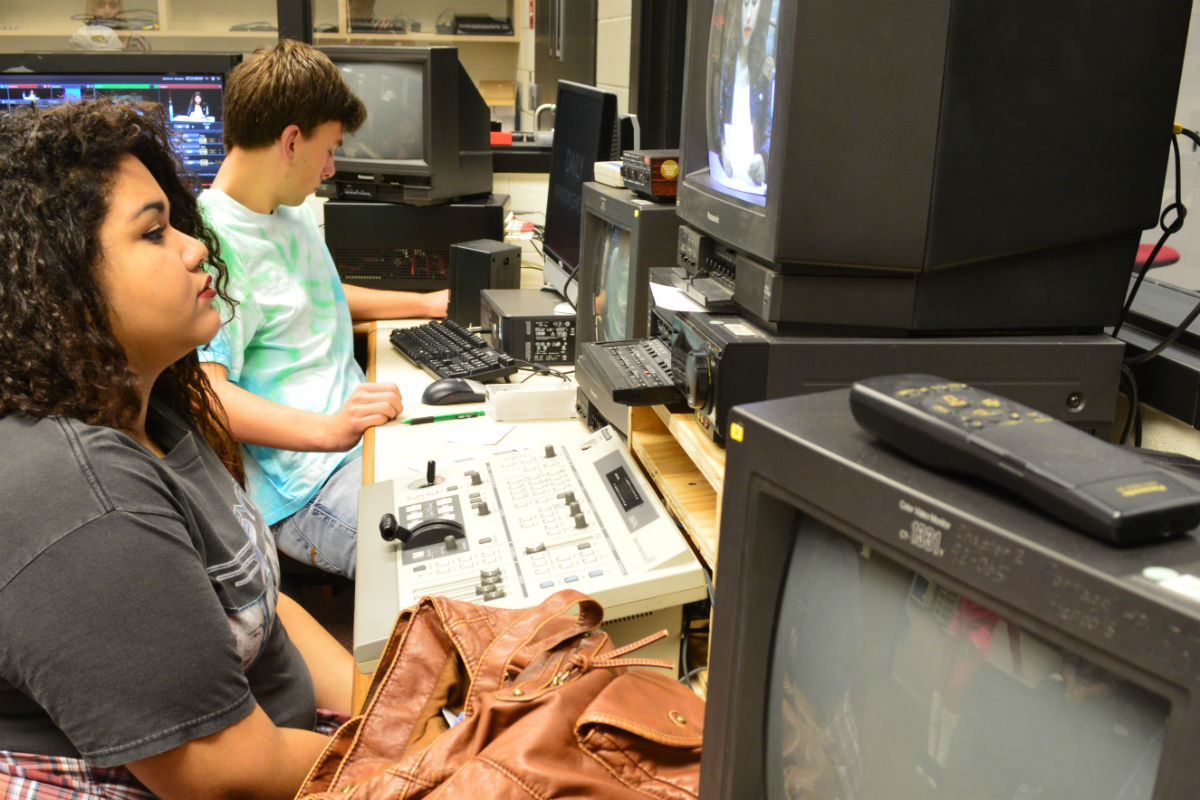 “I am proud to be the leader of INN because we have a great staff of individuals who each have their own perspective which makes the show unique. I really like the fact that INN is always changing and very innovative [and] I like how INN tries to put everyone in a good mood in the morning,” Harsha said.

This staff has the responsibility of keeping the fickle attention of the growing teens at Portage High. This task is dominated by the INN staff, as they are always teeming with energy and excitement in the mornings. Not only are the students quite captivating themselves, the added features of INN are quite invigorating as well.

The INN crew has added multiple new segments to the network. These include, Word of the Day, Thank You Letters (in the style of popular late night comedian Jimmy Fallon), Musical Fridays, Timehop Tuesday and many others. These student friendly additions add on to an already successful show. Not only are these segments funny and endearing, they also help students learn SAT vocabulary and world history. INN also gives students a chance to be appreciated and seen.

“We wanted to vamp up the show and make it really interactive” said Lily Someson, producer of INN. “We want our audience to be engaged in what we are doing. This is a student run publication and we know what the student body wants and so we are trying to deliver that to you while also delivering the news.”

Many special videos shown during INN’s special segments give a deeper look into a certain group from the school, or the entire school as one. A recent successful video was a lip-syncing music video to the song Happy by Pharrel Williams. This video featured countless numbers of students from all groups and walks of life. The music video was awarded the first prize along with $100 at the Lucas Oil Stadium Rivals Night Video Competition.

INN is a groundbreaking, unique part of Portage High School. In past years, the show has provided students with feelings of joy and unity, but this year the INN staff has gone above and beyond to create a friendly and interesting environment for Portage students to learn, listen and participate.

Anchor Amber Nelson has an incredible passion for her news position at the network. “The funniest thing [is] when people see me in the hallway and say ‘Oh! You’re the news girl! You’re the INN girl!’ and it really makes you feel like people actually watch [INN], they actually see me on their TV’s. It’s kind of like an unreal feeling. You don’t get that feeling when you’re sitting there [in front of the camera].”

Often, students who would never have imagined they would consider participating in school and school spirit activities are drawn in by the fun-loving and free-spirited news network.

“One of the things we do is make videos about everything there is at Portage High School so I constantly get to talk to different people and different groups.” Nelson said. “I get to see every club at their best, I see them doing what they love while I am doing what I love. It’s fun because I fall in love a little bit with everything I cover.”

The exciting nature of the Indian News Network this year has Portage High School reaching toward a progressive academic beginning to the year.