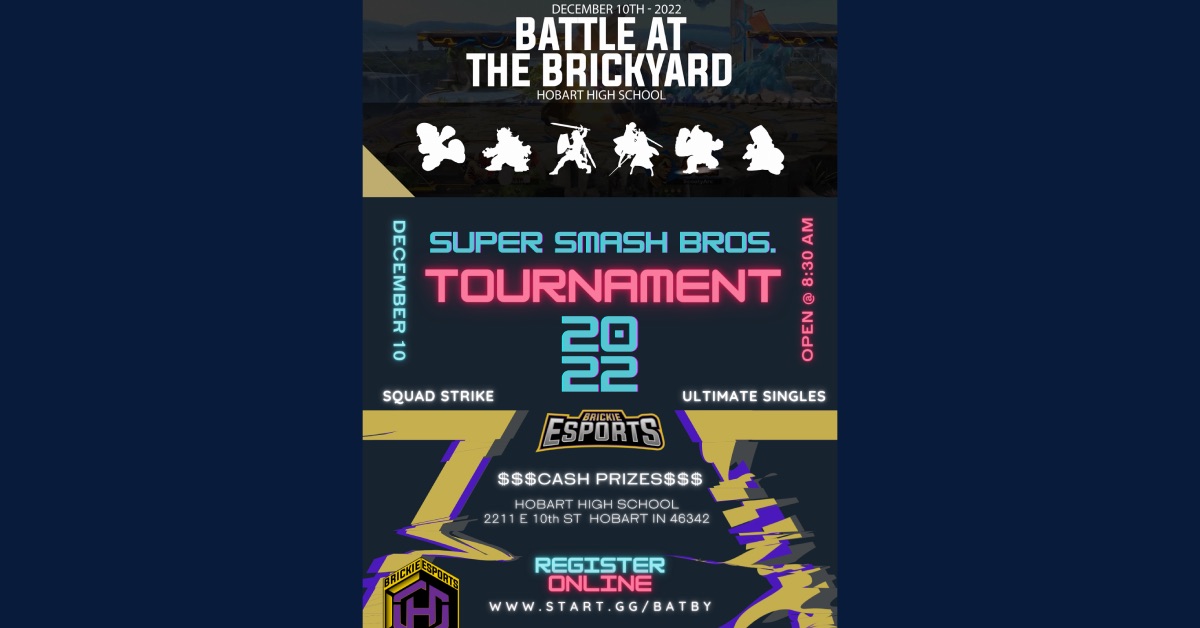 Brickie Esports is hosting the "Battle at the Brickyard" SSBU Tournament on Saturday, December 10, at Hobart High School in Northwest Indiana. This event is open to the public, not just high schoolers. You do not have to have any affiliation with a school, group, club, or team: ALL ARE WELCOME TO COMPETE!

The Battle at the Brickyard SSBU Tournament is projected to be one of the largest, most competitive SSBU tournaments in the entire state this year! We have over 100 competitors, including over 20 current or former Indiana Power Ranked players (11 of which are currently ranked within the top 13 players in the state)! Other high school and college Esports programs will be participating, and there will be a livestream of the event over social media. We would love to have some press there to cover the event!