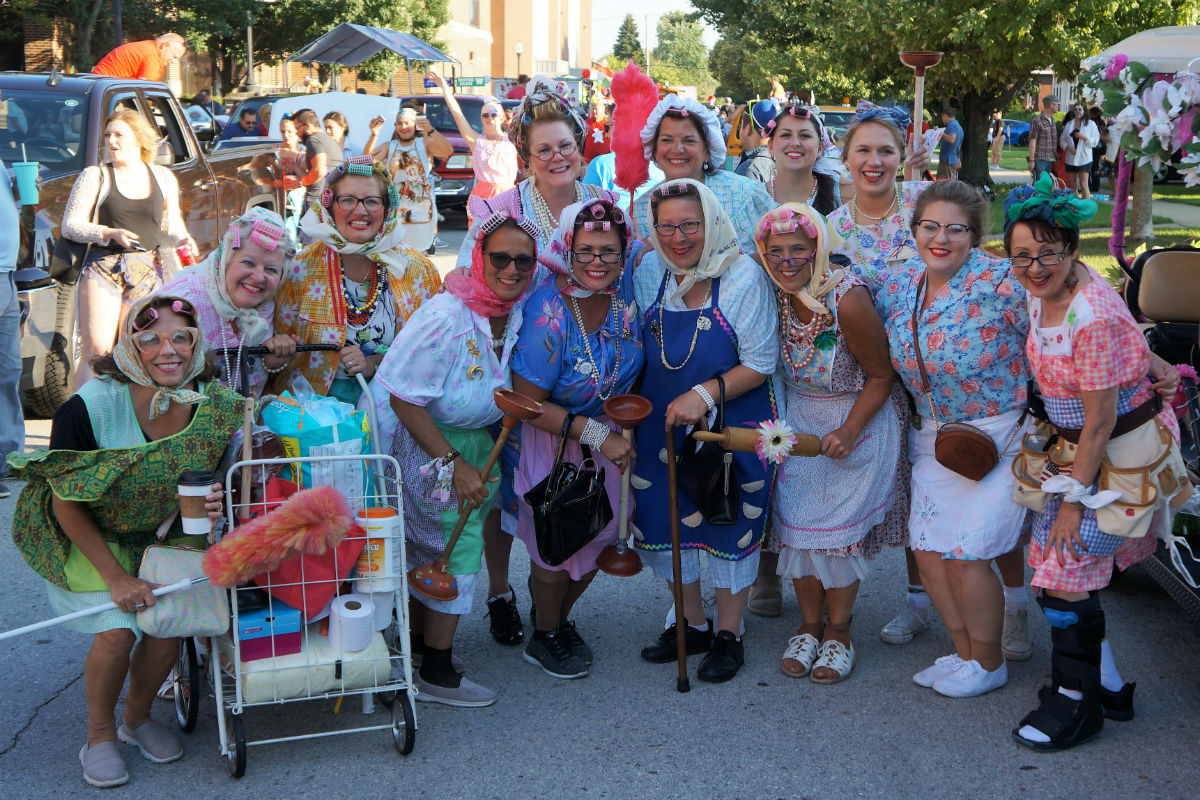 The City of Whiting once again proved itself to be a town that doesn’t take anything too seriously as they celebrated the kickoff of the 23rd anniversary of the “143rd Annual” Pierogi Fest.

Don’t over think that- you read that correctly. It is of course quite well known that pierogis have been around since long before the dawn of man; they were actually formed from clay by the hands of Zeus, and imbued with certain magical properties. Slightly less well-known is the fact that Pierogi Fest features a tremendous variety of food choices to fit every taste bud. The non-pierogi options run far and wide and (though lacking in divine intervention) are just as delicious as the darling little dumplings.

As people milled about and enjoyed all of the delicious food the Fest had to offer, the parade began, a tradition as important as the pierogis themselves. As usual, the parade featured the Pieroguettes- a sturdy band of babushka-clad women who swept the crowd off their feet - aided by the newest addition to the Whiting Street Department: Mayor Joe Stahura, who grabbed a mop to help out. The Lawnmower Brigade was also on hand, as well as the usual bunch of crazy characters.

Tom Dabertin, Chairman of Pierogi Fest, thinks this year is crazier than normal.

“No, seriously,” said Dabertin. “It’s even nuttier than normal and we plan to exceed all expectations… or lack thereof.”

Pierogi Fest sees the streets of Whiting swell as over 300,000 visitors come from far and wide to sample the tasty little treats, some from lands as far away as Illinois, Ohio and even Georgia.

“There’s nothing else like it. Pierogi Fest is just as crazy as can be and that’s just the way we love it,” said Dabertin.

“It’s always a great event,” said Mayor Stahura. “The weather today is just perfect. This event puts us on the map and we’re expecting some of our biggest crowds ever. Every year, it just gets better and better.”

Alison Zopko, Coder for Franciscan Alliance, made the trek from Hegewisch, Illinois to The Little Town on the Lake to come see the wacky antics.

“It’s the best event of the year! The parade is my favorite, and the pierogis are amazing - almost as good as my grandmother’s,” said Zopko.

Of course, no Pierogi Fest would be complete without it’s namesake mascot Mr. Pierogi, who says that the event recognizes the Eastern European heritage which is so very prominent in the area.

“It’s a celebration of our culture. Polish, Slovak, Czechoslovakian, Lithuanian. Everything Eastern European. Twenty three years ago, Whiting decided that they wanted to have a cultural festival, and that became Pierogi Fest.”

Mr. Pierogi is proud to have been the mascot for the popular event for the last 20 years, and says that the parade in particular not only pays homage to the region’s large heritage, but it pokes a bit of fun at it in the process, taking those old-world ways and bringing them into the 21st century.

“The fest honors those old ways, but it also acknowledges that they may not translate exactly to who we are today, so we are here to celebrate and update those traditions,” said Mr. Pierogi.

Pierogi Fest 2017 runs from Friday, July 28 through Sunday, July 30. For hours and more information, visit them online at www.pierogifest.net.