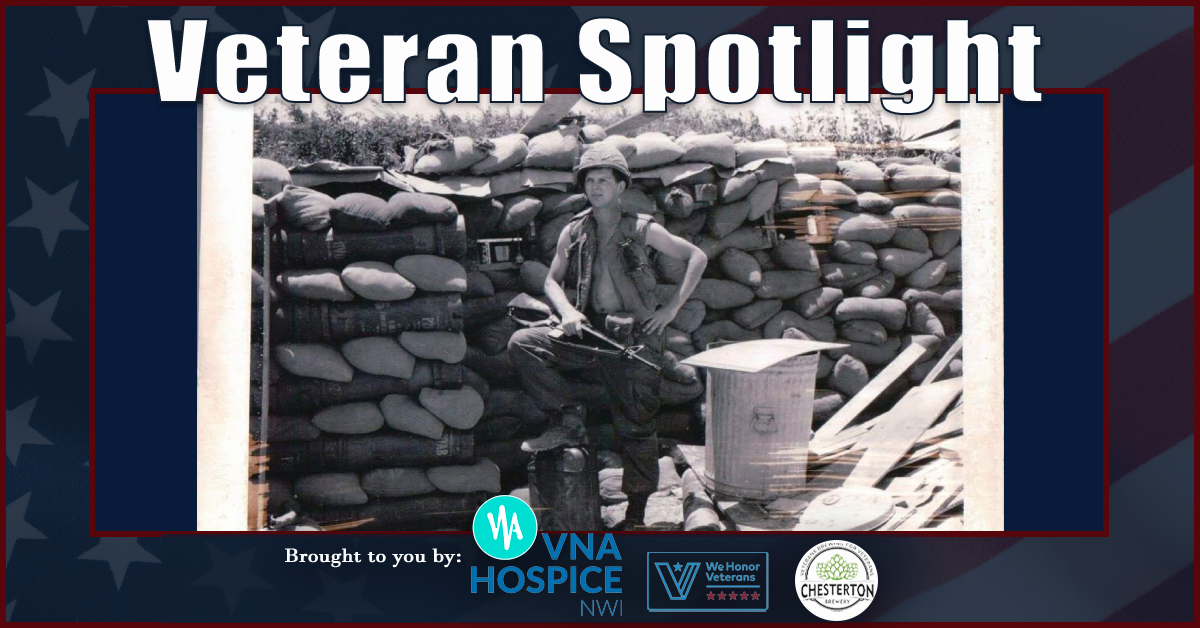 Born and raised in Chesterton, Indiana, John Zehner decided it was time to expand his horizons after high school. He joined the U.S. Army in 1966 and served for two years.

“I did my training at Fort Lewis Army Base in Washington state,” he said. “I was part of the artillery and was stationed in Vietnam.”

Artillery units, in part, provided both short-range and long-range weapons to the battlefield. The three types of artillery "guns" that were mainly used in the Vietnam war include guns, howitzers (or cannons) and mortars. An example of one of the types of guns Zehner learned to handle was an M16A1 rifle. Another common infantry weapon used by U.S. troops in Vietnam was the M-60 machine gun which played a dual role as an artillery weapon when mounted or operated from a helicopter or tank.

With a mechanical background from his artillery experience, Zehner returned home to Northwest Indiana in 1968 and said that he shifted gears slightly and became a welder.

“I worked for years in the steel mill, but I am now retired,” he said.

However, Zehner insists that retirement doesn’t mean a slower pace and that the couple is busier than ever.

“Between my wife Carol and myself, we have four children and nine grandchildren,” he said. “Our interests include camping, car shows and outdoor activities such as hot air ballooning.

We go to car shows, not to show our car, but to look at others,” he said. “We have a car that we like to drive around and cruise in; it’s our 1984 Avanti. We have gone to the Essenhaus® Classic Car Cruise-In in Middlebury, Indiana, and of course, nearby shows in Valparaiso and Westville. Next week I am going to the Newport Hill Climb.”

Newport Antique Auto Hill Climb is an annual event that takes place on the first Sunday of October in Newport, Indiana. The festival is organized by the town of Newport and its Lions Club. A crowd of more than 100,000 bystanders watch as automobiles, trucks and motorcycles from the Steam, Brass, Vintage, Antique and Classic Car categories, make timed runs from a standing start position, up a steep hill to the finish line marked at 1,800 feet.

A couple weeks ago Zehner said he drove to Bloomington, Indiana, for a hot air balloon ride.

“We went for a ride in one of those,” he said. “We made reservations about three months ahead of time. It was just a tethered flight, but we want to go on a real ‘untethered’ trip one of these days. It was still a lot of fun.”

Zehner said while the couple has been camping in their RV trailer for five or six years, they have been keeping their travel distance shorter these days due to gas prices.

“We like southern Indiana and we sometimes go to Michigan,” he said. “While we have been to a number of state parks in the state of Indiana, there are a few that we haven’t been to yet.”

“If there is an event or an activity that we think we might like, then we will hop in the car and drive,” he said.