It was one heck of a night for Valparaiso High School! On Friday night, the Vikings celebrated their homecoming game with a parade, homecoming court, and a win over their rivals in the Portage Indians.

As per tradition the homecoming court and their dates were escorted in vehicles of their own. Arnell Chevy-Kia provided the cars for the students, and couldn’t be happier to be the ones to parade them around. “Valparaiso’s one of our biggest markets, so we were happy to contribute.” explained Tom TenHove, General Manager for Arnell Chevy-Kia. “My son is also a junior and on the basketball team, so it’s nice to be a different part of the parade.”

Once the students walked down through the parking lot and to the field, it was finally time to get the night started. The VHS student section showed up way ahead of everyone else, decked out in red, white, and blue, and pumped to get the game started.

Michael Bezotte, a senior at VHS, said that his last homecoming game as a student at VHS was going to be sentimental. “It’s pretty bittersweet. I’m really excited for [the dance], definitely excited for the game, and everyone’s super amped to celebrate with America.” As for playing against neighbors Portage - they weren’t too heated. “I guess [Portage] feels this rivalry more than we have.” Bezotte added, “That doesn’t mean they don’t have a target on their back tonight.”

The Vikings definitely took notice. The team took control of the first half of the game, keeping the score 14-0 until halftime. The atmosphere was already hyped up due to the score but it was about to get even crazier due to the night’s main event - the homecoming ceremony.

Valparaiso does things a bit different for homecoming court. The school only nominates six girls for the court, and then crowns a Queen and a Princess. Each girl has an “escort” to accompany them throughout the night, but the light was shining on them. Every girl got the chance to walk down the field before lining up for two to be crowned. In the end Princess was awarded to Kathryn Bower and title of Queen was given to ValpoLife’s very own Mary Cobble.

It was a particularly special night for Cobble, not only for being crowned Queen, but because it was her 18th birthday. “It is so wonderful!” Cobble exclaimed, “It was amazing to be on court with all of these beautiful girls that are some of my best friends. I’m just so happy.”

Bower had a similar reaction to being the Homecoming Princess. “It feels amazing, I’m so humbled.” Bower said. “The other girls on court are amazing. There were a few girls I didn’t know so well prior to being on court but it’s been so awesome getting to know them.”

After all of the festivities concluded on the sidelines, the Vikings went back on the field to dominate the game once again. Even though the final score ended up being 27-13, the Vikings still clinched a victory - and what a victory that was to top off a fantastic homecoming night. 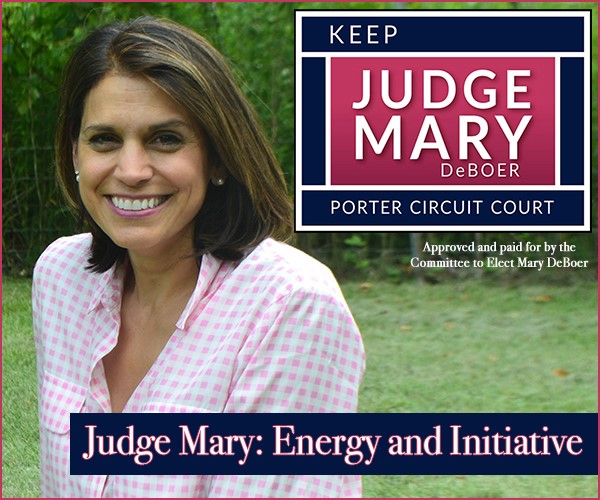