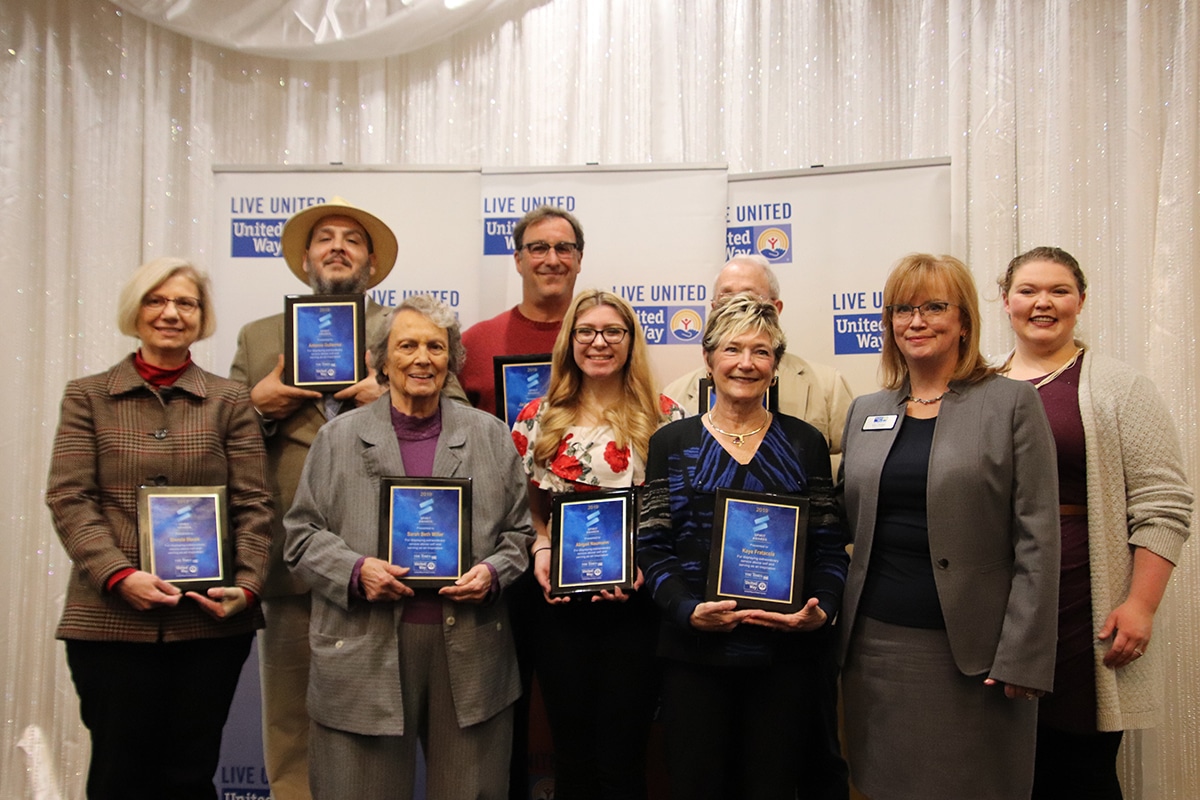 Community members gathered Thursday for United Way of Porter County’s annual celebration, recognizing outstanding volunteers throughout the area. The event included a breakfast buffet followed by a presentation of prestigious awards to a select few seated in the packed Duneland Falls Banquet Center.

“Today is our way of wrapping up United Way’s campaign as well as celebrating our amazing volunteers who have gone above and beyond for their community,” said Rebecca Weber, program and events director at United Way of Porter County. “Everyone involved has had a hand in making today happen, and it’s a great way to celebrate all the good that has been achieved.”

The event focused on recognizing United Way of Porter County’s members and the many people who exemplify the organization’s mission.

“We love to recognize all the untold volunteers who are out in our community, actively but quietly doing the right thing,” said Kim Olesker, president and CEO of United Way of Porter County. “We simply aren’t capable of helping everyone on our own, so these people in the community who give their time make such a big impact in the long run.”

In the 2017-2018 year alone, United Way of Porter County provided more than $2.3 million in community support and resources to help the lives of community residents.

Special recognition was given to 8-year-old Rachel Cordero, 4-year-old Sael Cordero, and 10-year-old Saul Cordero for collecting and donating 300 Dr. Seuss books to teachers and kids in the East Chicago area.

“These children are already learning the importance of service to others. It doesn’t matter how young you are, you can always do something to help those around you,” Olesker said.

The volunteers who work for the non-profit organization don’t see it as work at all.

“Volunteering is really rewarding because I get to work with some amazing individuals and meet so many community members,” said Raymond Pollalis, United Way volunteer. “Realizing all the great things that are happening is rewarding. You don’t think about all that’s going on around you on a daily basis, but I get to see it every day while volunteering.”

Randy Zromkoski, United Way of Porter County Campaign Co-Chair, stressed the value of any amount of time or donations to the organization.

“Thank you for what you do and for your inspiration. When it comes down to it, people don’t give because they have to—people give because they want to and they understand they are giving to something worthwhile, that it will touch people, will be validated and will truly serve the community,” Zromkoski said. “What the people have given and added to this past year’s campaign validates that United Way of Porter County achieves these goals.”