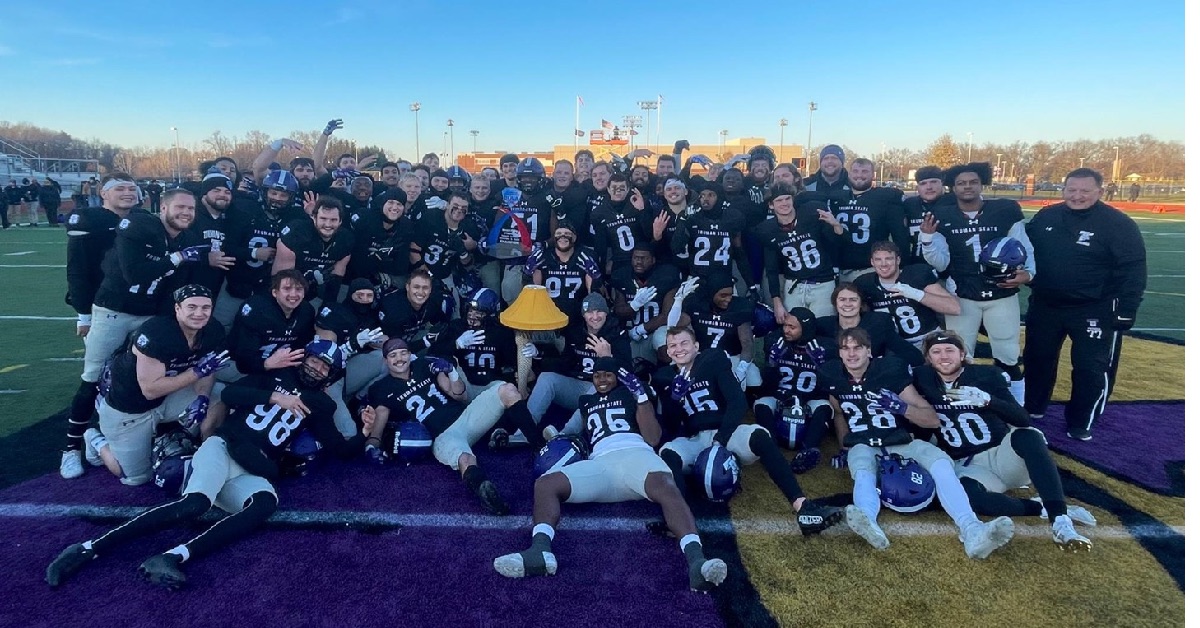 The Truman State Bulldogs representing the Great Lakes Valley Conference and the Tiffin Dragons, representing the Greater Midwest Athletic Conference went head to head this past Saturday, Dec. 3 and kept spectators on their toes. The Bulldogs defense made one last stop to halt a two-point conversion attempt by the Tiffin Dragons and claimed the championship by a final score of 28-27.

Shamar Griffith with Truman State was named the game's most valuable offensive player, scoring a 51-yard touchdown run early in the third quarter and finishing with 92 yards on the ground.  Jesse Connell with Tiffin University was named the Defensive Player of the Game after registering six tackles and one sack.

While the teams were in town they visited with students at Joan Martin, Liberty and Veterans Elementary Schools and the Early Learning Center at George Earle in Hobart. They read to the kids, played outside at recess, engaged in paper snowball fights, and even had an old fashioned dance off. Before the game, families gathered for a pre-game party at Grangers at the Clock Tower in downtown Hobart.

“The City of Hobart is honored to be the host of America’s Crossroads Bowl,” said Nikki Lopez, Events Director for the City of Hobart. “Events of this scale provide a huge economic impact to our local businesses. It allows us to showcase all that the Region and Hobart has to offer.”

“America’s Crossroads Bowl brought in more than $200K in economic impact to the hotels, restaurants and other business partners,” stated Megan Goodan, Chief Sports & Leisure Officer at the South Shore Convention and Visitors Authority (SSCVA). “The SSCVA Sports and Leisure team looks forward to bringing more sports tourism at the collegiate level to the area.”