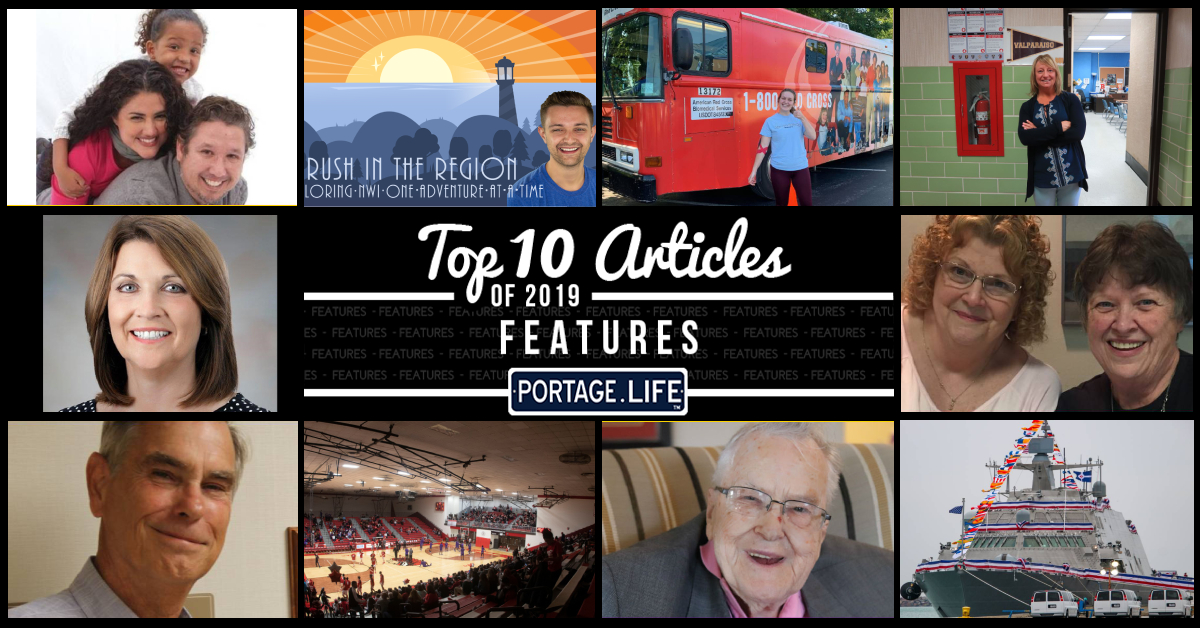 Looking back on the year at Portage.Life, it’s truly amazing how many good things are constantly happening in our community. We’ve profiled hundreds of people for Life in the Spotlight articles, heard from our #1StuddentNWI students, and generally been around to find the good news happening in the community.

Do you have good news you'd like to share with us? Visit  https://greatnews.life/share and we'll take a look!

Without further ado (and in no particular order!), here are the top 10 feature articles from Portage.Life in 2019!

Steve “Beaver” Lopez has never been one to let obstacles slow him down. It’s how, at age two, he got his nickname.

The City of Hobart is home to many great attractions such as Deep River County Park, the Art Theater, and Festival Park, but many don’t know it’s also home to Broken Wagon Bison farm.

Altruism (noun): “the selfless regard for the well-being of others.”

Although it may be expressed differently by different people, altruism is a belief that perfectly describes the actions taken by the less than 10% of Americans who donate blood each year.

Amy Burke, an English teacher at Portage High School, has a passion for educating students. She has a degree in English Literature and is currently in school to earn her principal license. Burke, who was a student at Portage, decided to come back and teach in the same rooms she once sat in years back. She is a firm believer that things will always work out.

“God grant me the serenity to accept the things I cannot change, the courage to change the things I can, and the wisdom to know the difference”. The words of the serenity prayer have guided countless individuals through some of the toughest times in their lives. People turn to this prayer in times of grief, confusion, or in the case of Ronda Powell, unexpected illness.

You would think that being a nurse would give you the upper hand when you learn you have cancer. Perhaps, in terms of the knowledge base, but not in terms of the fear factor. Just ask Shirley Edwards.

A bell’s ring is a short sound, but resonates through time. It can be symbolic of the end of something, but also the beginning of something else.

When most people think of Portage Wrestling, the first word that comes to mind is success. Senior Jacob Moran has kept the successful tradition of prestigious high school wrestling alive. Having wrestled since he was 4 years old, Moran has accumulated great success.

Verne Schrader, a Chesterton native, wasn’t going to let cancer to stop him. At 95, he looks back on his journey through cancer as just another page in his storied life.

On July 30, 1945, two torpedoes launched by the Imperial Japanese Army struck the hull of the CA-35 Indianapolis, second of its name, as it returned from a successful mission to deliver enriched uranium for the first atomic bomb.