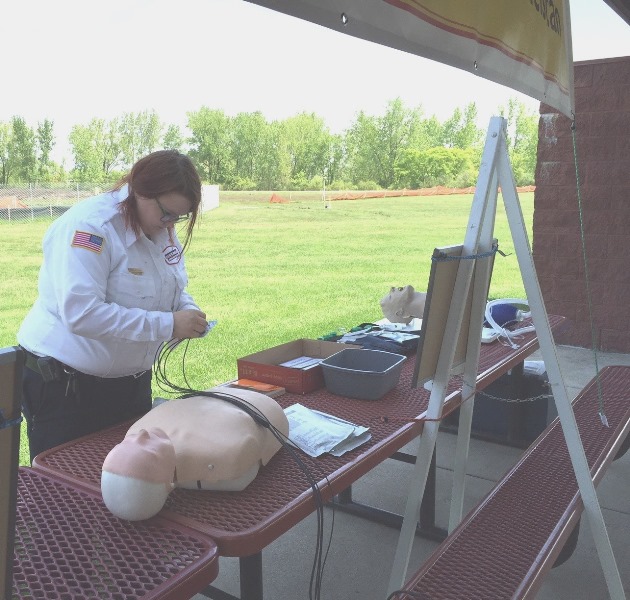 Alexia Weglewski, a Superior Ambulance Service emergency medical technician, turned in an overall winning time of 3 minutes, 57 seconds, in a “Battle of the Medics,” five-station skills and knowledge contest offered during EMS Week May 16, 18 and 20 in conjunction with Franciscan Health Munster and the Hammond and Dyer campuses of Franciscan St. Margaret Health. She received a medal for her efforts. The competition tested contestants’ knowledge and skills and speed in various components of a patient rescue process. Bud’s Ambulance Service had the best average time of 5 minutes, 2 seconds, and was awarded a traveling trophy.

The program also gave attendees the opportunity to enjoy lunch and camaraderie. Some 50 to 60 emergency medical services personnel attended the Hammond segment, which took place at the hospital; while 40 to 50 were on hand at the Dyer campus and about 80 in Munster, at Centennial Park, across from the hospital, where Weglewski competed. The event, which is expected to become an annual offering, was the brainchild of Matthew Eddy, EMS coordinator for the hospitals.