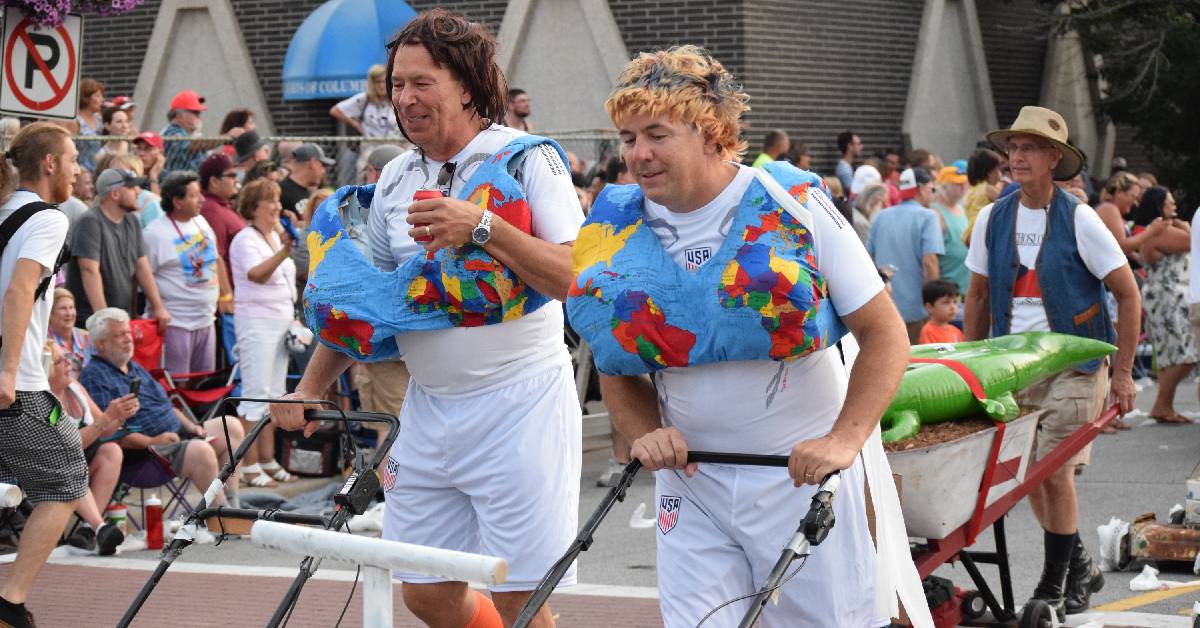 This year marks the 25th anniversary of the Eastern European culture-inspired Pierogi fest, and nearly 300,000 people are expected to visit over the course of the weekend. With options for the entire family, the Pierogi Fest is sure to be a hit for everyone.

Featuring nearly 60 food vendors, carnival rides and games, a beer garden with over 20 different beer options, arts and crafts vendors, live music at every corner, and a babushka-filled parade, the Pierogi Fest is bigger than ever.

This year, the second time attendee, Aonesty Cross, decided to bring her grandmother, Sandra Robinson, to the Pierogi Fest for the first time.

“This is only my second time,” Cross said. “I had a great time last year so I had to come again.”

And her grandmother was glad to be brought along.

“We decided to just get up and go,” Robinson said. “It’s nice, I’m enjoying it.”

Walking into the Pierogi Fest isn’t an easy feat. You’re immediately met with the intoxicating smell of homemade piergoies and paczis and wish your stomach had the room to eat it all. The authentic Polish plates and desserts are stationed throughout, but many offer different options and variations. It’s a good thing that the fest is open 11 a.m. to 11 p.m. Saturday the 27th, and 11 a.m. to 5:00 p.m. Sunday the 28th, so you have a chance to try them all.

Another classic at the Pierogi Fest is the babushka brigaded parade. Polish grandmas of plenty line up to march and dance down the streets while throwing bead necklaces and candy into crowd.

Mother and daughter duo Joy and Veronica Rossi, attend the fest every year with their family of twenty not only for the pierogies, but especially for the parade.

“[The parade] is fun,” Joy Rossi said. “There’s guys dressed up in babushkas with a beer in one hand and a lawn mower in the other.”

119th street is lined with crowds of people for nearly two miles during the parade. People from far and wide who have come to the fest to enjoy the authentic Eastern European environment.

One Whiting Native, Ryan Donovan, who has been attending the fest for fifteen years, brought friends from Long Beach, California to the fest.

“It’s one of the greatest traditions of all time,” Donovan said. “It’s a great thing to look forward to in Whiting.”

The Pierogi Fest continues until the 28th on 119th Street in Whiting, Indiana. Free parking is available on 122nd Street, about nine blocks away, with a $5.00 shuttle to the fest. Bring your kids and babushkas and come to the fest to fill up on all of the Eastern European specialties!

For more information you can visit www.pierogifest.net!