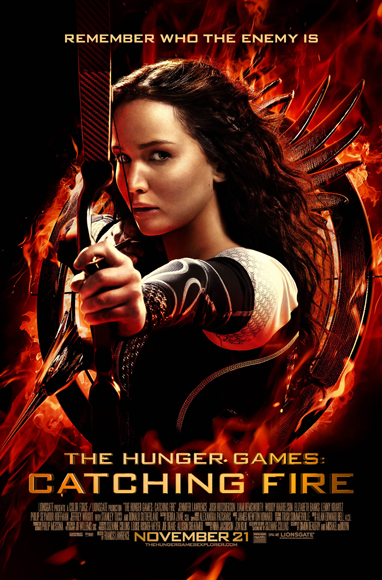 Fans had waited 608 days for the premiere of the second installment in the Hunger Games Trilogy, and last night Catching Fire finally made its way to the big screen.

Hundreds of moviegoers arrived early to fill the seats at the Portage 16 IMAX for the eight showings of Catching Fire. "I loved Catching Fire! This director definitely kept it closer to the book than the first Hunger Games. You feel like you're a part of the movie. I went home and immediately started reading Mocking Jay again," shared Stephanie Alderson of Portage.

While everyone attending was excited for the premiere of Catching Fire, theater manager Kevin Morgan shared that the staff also gets excited for premiere nights. "The best part of the big movie premieres is that everyone is there for the same reason. There is a kind of bond that forms when everyone knows they are all the first fans of a film. There are some costumes and some conversations that only happen for the big premieres. Everyone is there to see that particular feature and people are pretty respectful of each other because of it. It tends to be a very big, very well behaved, very well planned for crowd that all have the same goal of a great movie in a great place," Morgan said. 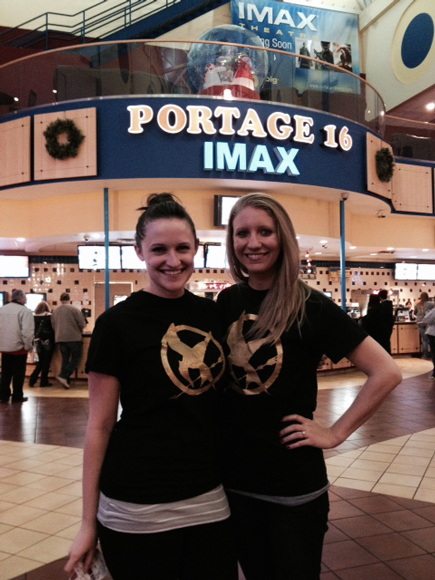 "Opening night for a movie like The Hunger Games: Catching Fire is exciting, not always for the movie itself, but the devoted fan base that it brings through the doors," shared Shift Manager Alex Srednoselac. "I fully expect to see fans on the same level as Harry Potter, Twilight, and The Hobbit in terms of dress and memorabilia that is brought with to the theater."

The theater goes to great lengths to make accommodations for big premieres such as these. To ensure patrons are not kept waiting to see their movies, the staff works hard to create a smooth flow. "We do our best to accommodate crowds by allowing for seating as soon as possible," Morgan continued. "In this case, due to feature length of other titles, we were able to adjust for seating pretty early."

Be sure to catch The Hunger Games: Catching Fire at the Portage 16 IMAX before it leaves!