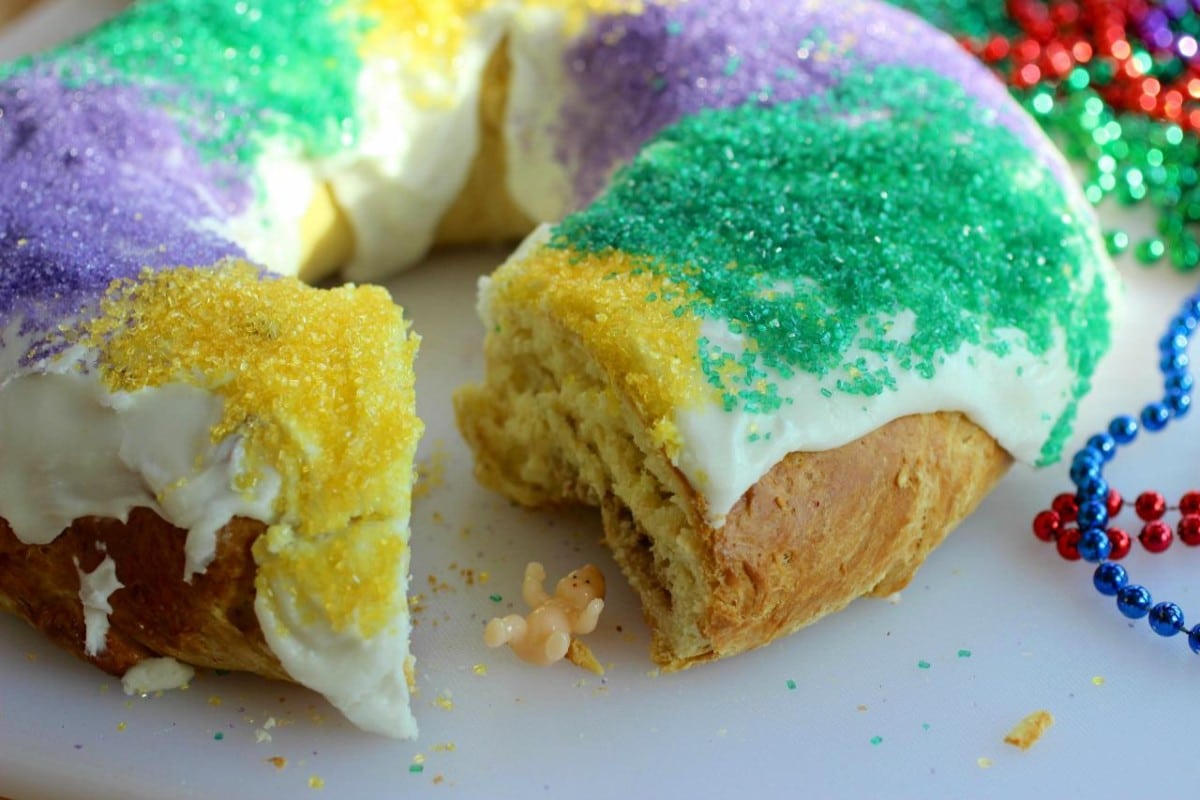 Alongside masks, parades and gaudy costume jewelry lies a sweet Mardi Gras tradition with a colorful history: the King Cake.

The roots of this sweet treat date back to European, pre-Christian pagan harvest celebrations, where sacrifice was a part of common tradition. At the beginning of every sacred harvest, several men gathered to eat cake that contained just one bean or coin in it. Whoever stumbled upon the trick mid-bite was chosen to be the “sacred king.” The sacred king was treated as such--up until the end of the harvest, that is. After about a year, the sacrifice took place..!

When Christianity extended its reach throughout the world, the king cake tradition was adopted and used to honor the three wise men who visited Jesus. The cake was served to commemorate the 12-day celebration leading up to Jesus’ birth.

During the 18th century, French settlers brought their traditions to Louisiana, including the cake, which was served during Epiphany. Soon enough, Mardi Gras overlapped with Epiphany in the 19th century, and the correlation between the King Cake and Mardi Gras was born.

The dessert is a circular brioche, a cross between a coffee cake and French pastry smothered in icing and/or sugar splashed with bright greens, golds, and purples- the essential Mardi Gras colors. Today, if you find yourself munching on a king cake and subsequently bite down on something hard-- it won’t be a coin or a bean, but a baby. Yes, a plastic baby that some believe represents baby Jesus. This baby is so important that every year during the celebration, the New Orlean’s NBA team reveals a seasonal King Cake Baby.

Today, there is no death sentence for finding this baby, but rather a celebration. (Whew!) Oh, and the obligation to buy the NEXT king cake for next year’s Mardi Gras! We decided to celebrate ourselves, take a look!

Whether you live in New Orleans or not, you might as well celebrate this fun tradition. To find out how to make your very own King Cake, click here.