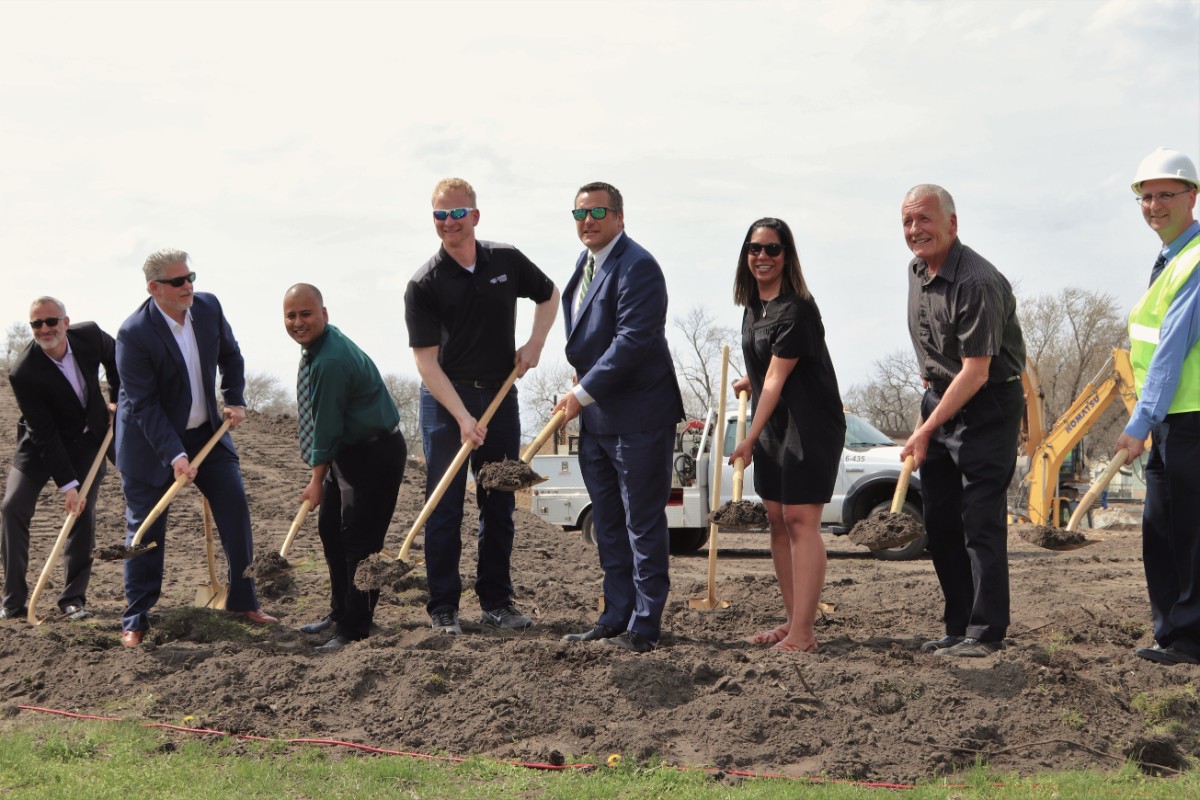 On Tuesday afternoon, city officials and engaged citizens gathered at what appeared to be nothing more than a construction zone. The event, however, was a groundbreaking hosted by Hammond Mayor McDermott and the Hammond Parks Department, the 4th District Councilman William Emerson, and the Hammond Board of Parks Commissioners. The end result will be on an impressive renovation and revitalization of Edison Park.

The project began as a way to re-evaluate the four public pools at four parks: Edison, Pulaski, MLK, and Hessville. After ambitious planning and the forging of a partnership between the Hammond Parks and Recreation Department, MCR Partners/HWC Engineering, and Gough Construction, the 4-park project is officially underway!

Before, Edison park was home to an infrequently used pool and a large open field. Upon the completion of the renovation in October 2018, Edison Park will have all the bells and whistles of a modern park including a new community shelter, a playground with an agility course, concrete bean bag cornhole, two artificial turf soccer fields, a recreated and sodded open lawn, a skate spot, increased onsite parking, 80 new trees, porch swings, and an 8-foot wide perimeter sidewalk.

“Overall, everything to make Hammond a destination where visitors will have recreation and memories for years to come,” said Mayor Thomas M. McDermott, Jr. “It’s really exciting to see Hammond begin a new chapter with our parks.”

The re-creation of a park named after one of the most influential American inventors, Thomas Edison, is special within itself. The new park will aim to allow people to refresh, rejuvenate, and recreate.

“As we redevelop the site, we really look to create recreational space that allows visitors to relax, clear their minds from all stresses, and find ways to recreate in their own way,” said Mark Heintz, Hammond Parks and Recreation Administrator and Director. “Playing on a playground, athletic achievement, going for a walk, or sitting under a tree...these are all ways we like to re-create, or recreate, in the sense of inventing or reinventing, just like Thomas Edison.”

The new park will allow for the development of the individual, but it will also be very important in developing the community as a whole.

“Parks are vitally important to establishing and maintaining quality of life in a community, ensuring the health of family and youth, and contributing to the economic and environmental well-being of the community,” Heintz said.

The new synthetic turf soccer fields and playground will appeal to the youth, and the walking track and porch swings will allow adults to get out and enjoy the weather in a beautiful space. Tom Kuhn lives right across the street, and he, too, has high hopes for the project.

“It’ll hopefully bring more children out to play,” said Kuhn. "The pool wasn't that well attended, and the rest of the park was just an open field, so hopefully this will assist in getting more kids out.”

As someone who has lived in Hammond his whole life, Kuhn is thrilled to see the redevelopment of his hometown underway.

“It’s good to see money going into the parks,” he said. “This is a beautiful thing.”

To learn more about the renovation of Edison Park and the plans for the other three parks, please visit the Hammond Parks and Recreation Department here!