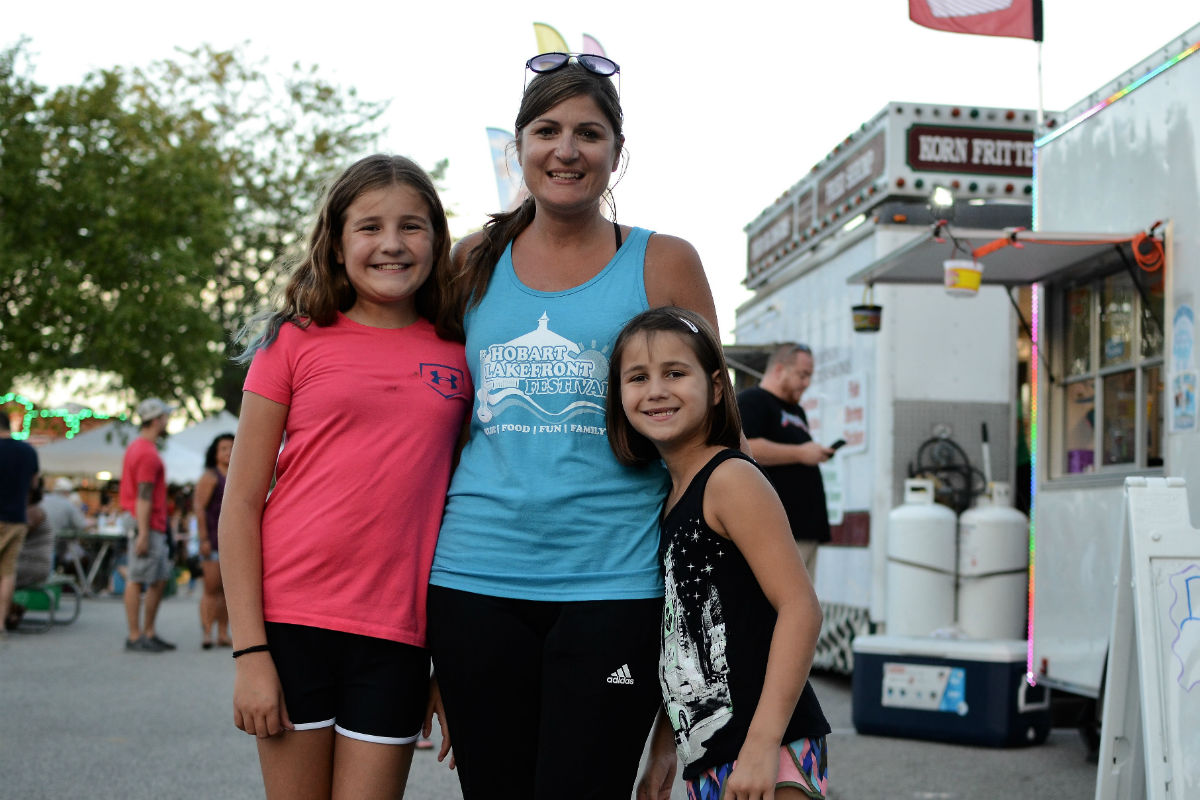 As summer comes to an end Hobart kicks off its 26th annual Lakefront Festival from Thursday August 17th to Sunday August 20th. From food vendors and bouncy houses to pony rides and live bands, the festival is the perfect way to celebrate the end of summer for the Hobart community.

“This truly is a community event and brings at least 15,000 people in over the four day weekend,” said Nikki Lopez, Event Director for the City of Hobart.

“It’s been an amazing turn out so far, the people always make it great and there are still two more nights to go!” said Julie Mandon, a Hobart Parks Department employee. “This is the first year that the Parks Department has taken over the beer tent and it’s been going great.”

Mayor Brian Snedecor has been Mayor of Hobart for ten years, and is just as ecstatic about the Lakefront Festival as he was years ago.

“When you think of summer in Hobart, this is it!” exclaimed Mayor Snedecor. “There is always something new at the Festival and it’s pretty much the last hurrah before school starts. Families come out and run into friends and it’s just amazing to see the rekindling of friendships, it’s like a Hobart reunion.”

The festival has been bringing family and friends together for years, with this year being their biggest turnout yet. With the Festival spanning four days, the City of Hobart has plenty planned to keep families interested and entertained. Countless events are planned, such as the Dam Duck Race which will take place on Sunday at 3pm and is sponsored by the Hobart Community Foundation.

Another event will take place on Saturday at 3pm, the Dam Duck Tape and Cardboard Boat Race. The boats will be made out of cardboard and awards such as the ‘Titanic Award’ will be given out for the best sinking boat.

Throughout the whole weekend, the Festival will feature good food, rockin’ music, and a chance for the City of Hobart to give back to it’s incredible community.

“There will be 10 bands playing all day and all evening as well as a beer garden that gives back each night,” said Lopez. “The give backs will go to the Hobart YMCA, the K-9 Unit, the Hobart Rugby team, and Hobart Wrestling team.”

In the five years that Julie Gonzalez has lived in Hobart, she has not missed one Lakefront Festival and looks forward to the chance for some quality family fun.

“I like that it is family oriented and low key,” stated Gonzalez. “Plus we have a kid who loves to go on the bouncy houses and eat ice cream.”

One of the newest editions to the Festival is the ‘freak show’ which will begin Saturday at noon. This involves people walking in the crowds either on stilts or breathing fire randomly. To end the night on Friday and Saturday there will be fireworks at 9pm which Mayor Snedecor as well as many others in the community of Hobart will very much enjoy.

The Festival has also been a draw for newer Hobart residents looking for family entertainment and fun. Chad Rinna, along with his wife, Kim, and kids, recently moved from Florida to Hobart.

“The band is going and we love the music,” said Rinna. “But the best part has to be watching the kids play in the bouncy house.”

For information on the Hobart Lakefront Festival and upcoming events, go to www.cityofhobart.org.