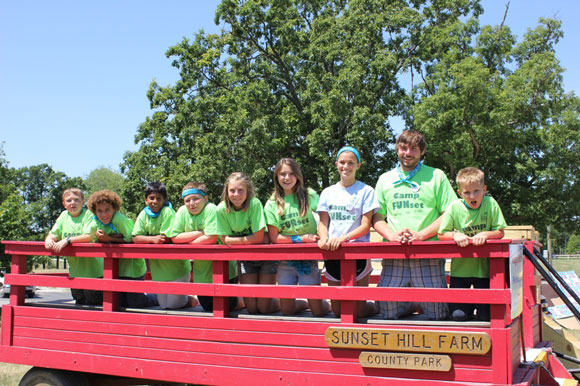 When Megan Homme signed up for the Camp FUNset Leaders in Training Experience (LITE) program, she only planned to participate for a week or two. But once she got involved, she kept coming back.

“I had originally planned to only volunteer at a couple of camps this summer,” the 16-year-old Chesterton High School student said. “But I enjoyed it so much each week, I ended up doing five camps.”

The LITE program was new to Camp FUNset this year. It was designed for kids who were too old to be campers, but too young to be counselors.

These students worked as assistants to the counselors, gaining valuable experience as leaders. They also were important resources for full-time camp staff and the campers, according to Porter County Parks and Recreation Naturalist Beth Hudick.

“The LITEs were a really strong asset to camp,” Hudick said. “They put in a lot of hard work throughout the summer, serving as assistants to the counselors and role models to the campers. They were also able to help draw in the shy campers and make sure that everyone felt included.” 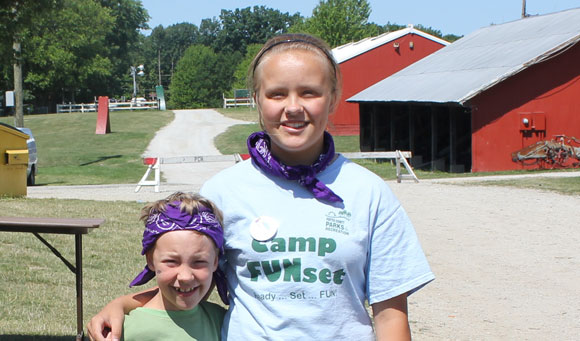 Camp FUNset staff members were assisted throughout the summer by 13 LITEs, which exceeded the goal of eight participants. On average, each LITE member worked at three camps.

The goal of the LITE program was to create a leadership opportunity for teenagers that would bridge the gap between camper and counselor, Hudick said, adding that the program was successful beyond her expectations.

“I think the campers really liked having the LITEs around,” she said. “Having one LITE per group doubles the amount of individual attention we can give the campers, and they responded really well to that. A number of campers told me that they want to become LITEs when they get old enough.”

Kendall Balch, 13, who is a student at Chesterton Middle School, participated as a LITE during seven out of the eight Camp FUNset camps. She said it sparked her interest in becoming a full-time counselor in the future.

“I learned how to be more responsible,” she said. “I wasn’t looking after me, I was looking out for little kids.”

“I learned leadership skills,” he said.

Hudick said she and Camp FUNset Director Katie Rizer were looking forward to growing and improving the LITE program for next year.

“There's a lot of potential for growth there,” Hudick said. “Our goal next year is to have one LITE for every group in every camp.”

For more information on the LITE program, contact Katie Rizer at 219-309-0680 or krizer@porterco.org.