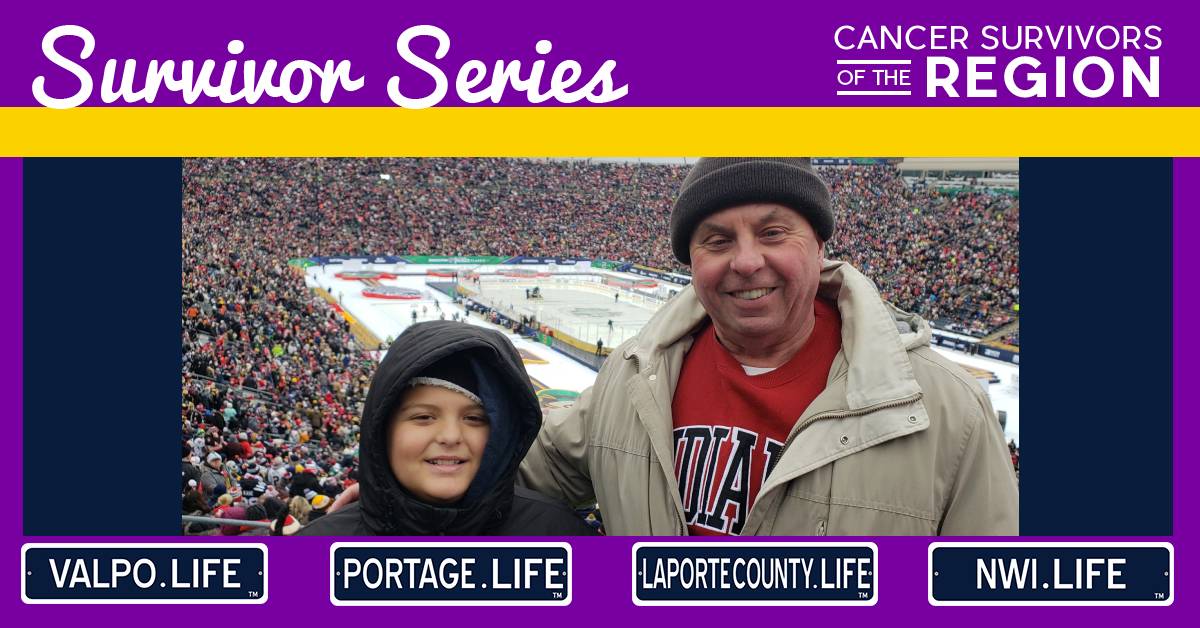 Life throws curveballs at many of us. Sometimes, a quick response to those curveballs can be the difference between life and death. Through the quick reaction from David Harness and his doctors, Harness is still here today.

“I had some flu-like symptoms, and it was about time for my regular check-up, so I went to the doctor and he ordered blood work,” Harness said. “Once I got all my bloodwork done, I got a call from my doctor saying that I needed to come in to discuss the results. Turns out I had virtually zero white blood cells. It was a miracle that I was still walking around like everything was fine.”

Harness’ doctor immediately ordered for him to do a bone marrow biopsy. The results were not good - Harnesswas diagnosed with Acute Promyelocytic Leukemia (APL), a rare form of cancer that affects about 1500 Americans every year. The scariest trait of the disease is the difficulty to detect it.

“When I learned more about APL, I was shocked at how hard it is for doctors to spot it,” Harness said. “I was told that when people with my condition show symptoms, that means your time’s almost up.”

After an 11-day stint in the hospital, Harness began chemo treatments. He did not let the cancer ravaging his body deter his active lifestyle.

“I was always walking around the hospital and kept moving,” Harness said. “There’d be a crowd of doctors standing in the room and they’d say, 'you need to lay down and rest,’ and I just couldn’t lay down and let cancer beat me. I had to keep moving.”

Harness, a committed husband and father, worked at an oil refinery, which emphasized his physical fitness. Harness would do chemo treatments for a month, and then return to work the following month, and repeat the process until his chemo treatments were completed.

The one of the biggest reasons Harness refused to give up his cancer fight was for his grandson, who was young when Harness was diagnosed.

“I didn’t have the chance to know my grandparents when I was a boy,” Harness said. “I wanted my grandson to have memories of me. I wanted to take him to White Sox games, teach him how to do things. I knew that I had to keep fighting so he could have lifelong memories with me. I wasn’t ready to go yet, so I fought like heck to stay around, not only for my grandson, but for all my family.”

Throughout his treatments, Harness befriended his fellow cancer patients, often bringing them sweets to bring their spirits up. Harness was inspired by the heroic fight his fellow patients were putting up.

“My wife and I would stop by Dunkin’ Donuts or bring homemade brownies to share with everyone I was getting chemo with,” Harness said. “When you sit in a room for 2 hours with the same group of people multiple times a week, you get to know them. I couldn’t believe how hard these folks were fighting. I felt blessed that my case wasn’t as severe as theirs. I wanted to give them something to make them forget for a little bit what they were going through.”

After 103 chemo treatments, Harness was declared cancer free in 2015. He retired from the oil refinery in January of 2020. During his free time, Harness hikes the many trails in Portage, spends time with his family, and maintains a positive outlook on life.

“I feel very blessed to still be alive,” Harness said. “If life throws you a curveball, keep fighting. Stay active when you can, and never give up.”