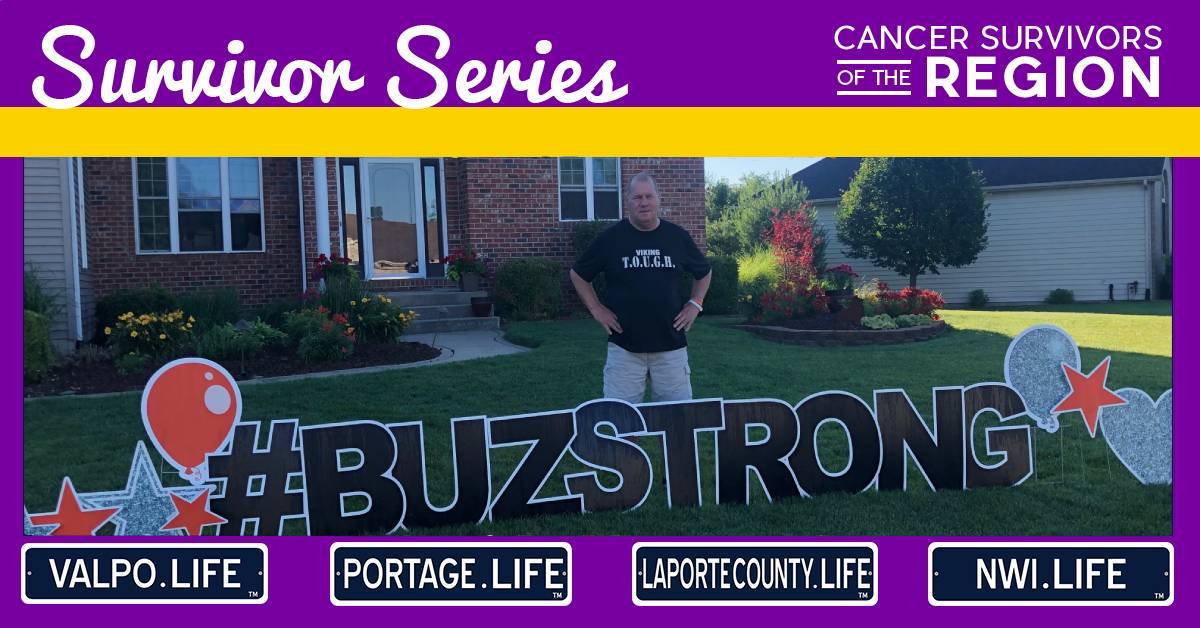 Craig Buzea did not know what he was feeling one day following a playoff football game he coached at Homewood-Flossmoor High School in 2019. While he was unsure of what was going on, he knew it was serious and had been going on for a couple of weeks. After the game, he asked his wife, Barb, to take him to the ER.

“I was so caught off guard when this hit me, I had no idea,” said Buzea. “It hit us like a ton of bricks.”

Following his diagnosis, Buzea battled through an extensive chemotherapy process, which required 7-10 day sessions that lasted for 24 hours a day. This was done from February to June 2020, four different times, with 45 days in between sessions.

Prior to beginning chemotherapy, Buzea’s doctors found that his kidneys were failing, and they could either go with dialysis to help his kidneys or chemotherapy to kill the leukemia. Doctors ultimately decided to do chemotherapy. The grueling process worked. Buzea was told in May 2020 that he was in remission.

“I am thankful that, in the end, the doctors decided on chemotherapy, because it worked,” said Buzea. “At the end of June 2020, my oncologist told me that I could either continue on with my life and hope the cancer would not come back or go through with a bone marrow transplant.”

Buzea then decided to take the risk to receive the bone marrow transplant, which had its complications.

“We knew that the transplant was really the only ‘cure’ for the type of leukemia I had,” said Buzea. “After thinking about it for a while, we called the doctor back and said, ‘let’s do it.’”

After the transplant, Buzea went back for check-ups multiple times a week, and then slowly the number of check-ups dwindled.

Now, Buzea is cancer free, and has no traces of leukemia in his body.

The process was a long, hard test for Buzea. During the beginning stages of his treatment, visitors were allowed, and players, coaches, friends, and family visited him daily. But, due to the COVID-19 pandemic visitation hours were reduced and Buzea had to spend some of the chemotherapy process alone.

“That was rough, very rough. Luckily during the last round of chemotherapy, two visitors were allowed, so Barb and my daughter, Brittany, were allowed to come visit me,” said Buzea.

Family and friends helped Buzea through leukemia. Buzea also had an unexpected helper during this time. This was Chuck Pagano, former Chicago Bears defensive coordinator and Indianapolis Colts head coach. Pagano went through the same type of leukemia as Buzea and reached out to him.

“He sent me a video, telling me to stay strong. It meant a world of good to me,” said Buzea. “Pagano sent me his book about his experience with leukemia. It was almost exactly what I went through. Here’s a guy that went through what I did, telling me to keep my chin up. A guy that was in my profession at the highest level there is. It meant a lot to me.”

In Pagano’s book, he uses the quote “Live in vision, not in circumstance” and that is exactly what Buzea lives through now.

“I live my life like that, we’re not looking back, I’m going to live in vision and have a positive vision in the moment. His saying has really helped me get through this and stay hopeful for the future,” said Buzea.

Buzea is still coaching football. In January, he decided to bring his coaching skills back to the Region and take over as head coach at Crown Point High School. He has used his experiences from battling cancer as a basis for how he lives now. The Bulldogs have already begun training for the fall, and look forward to growing under Buzea’s leadership.