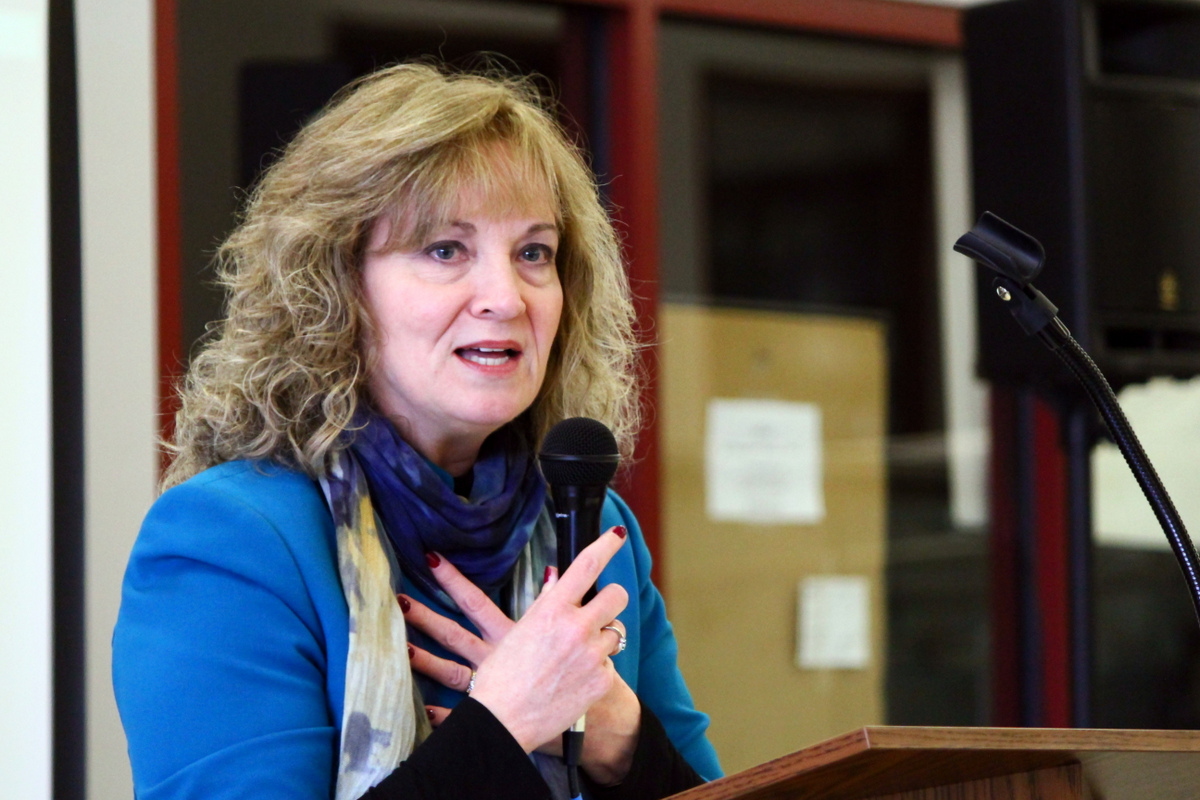 Charlotte Strawhorn, CCSJ Board of Directors, who passed away earlier in the week, was fondly remembered at the brunch, honored for her contributions to the college. College President Dan Lowery spoke to the crowd in her memory.

“There’s going to be something a little bit different about this year's celebration,” said Lowery. “This year is going to be the first year that we’re going to be holding this event without Charlotte Strawhorn.”

“At this program, we typically recall and honor the career and legacy of Dr. Smith. But, as you know, we recently lost board member Charlotte Strawhorn, who passed away earlier this week. Charlotte was the inspiration for this event, and she was a great friend of Dr. Smith, who hand-picked her as his replacement on the board here after he retired in 2003,” Lowery said, before continuing to speak to the similarities between Dr. Smith and Ms. Strawhorn.

“Both Smith and Strawhorn came from other areas of the country to settle here in Northwest Indiana. They are both strong leaders. Quentin Smith – a former Tuskegee airman – didn’t take ‘no’ for an answer. He didn’t let others define his ceiling, and neither did Charlotte, who pursued a degree when it was not common for women to do so. She knew something about ceilings… glass ceilings,” Lowery continued. “They were both people of faith. Today, we honor Quentin Smith, of course. But we also honor Charlotte Strawhorn – a tireless advocate for female and minority students, an honorary canon, someone who set the standard, someone to be emulated here at Calumet College.”

Monsignor Semancik gave the invocation for the ceremony, offering up a short prayer, asking for God’s blessing, to remember both Dr. Smith and Charlotte Strawhorn, and to offer thanks for what they have already been given.

Following a short buffet, Dr. Sandra Rogers spoke about the science programs at CCSJ, specifically regarding the advancements made at the college over the last few years in the fields of Alzheimer's research, among others.

“We have become recognized as part of the Chicago area preventive research coalition, allowing us to be able to present our discoveries, and our research, alongside many other colleges: University of Chicago, Northwestern University, Loyola, and others,” said Rogers. “We’re moving forward… getting our students out there, getting them excited about research as scientists. What they learn in the class, they can actually apply it.”

Rogers acknowledged CCSJ students who have recently won scholarships and competitions in the STEM fields, and even spoke about a project that the school is working on, building an instrument which will be placed aboard the SpaceX rocket to perform experiments in space.

“In 2014, we created STEM-certified schools, and we said let’s talk about real engagement in the studies of science, technology, engineering and mathematics… what does that look like? Since then, we have certified nine Indiana schools in those fields. Those schools are doing incredible things in those studies. They are doing amazing work, preparing our students for the 21st century. STEM teaches you how to solve problems, how to see both sides of a problem, how to find a work-around and solve those problems."

“We are going to have equity in technology education, and we are going to be investing in schools in the state of Indiana to ensure that we have that happen. We are working very diligently to ensure that we have women who are also educated in STEM fields,” said Ritz. “Calumet College – you should be proud. You are among those who are dedicated to make sure that we are dedicated to in that right direction, because it’s never going to go back, it is only going to move forward. You are recognized year-in and year-out as being one of the most diverse institutions of higher education in the Midwest, and I applaud you.”