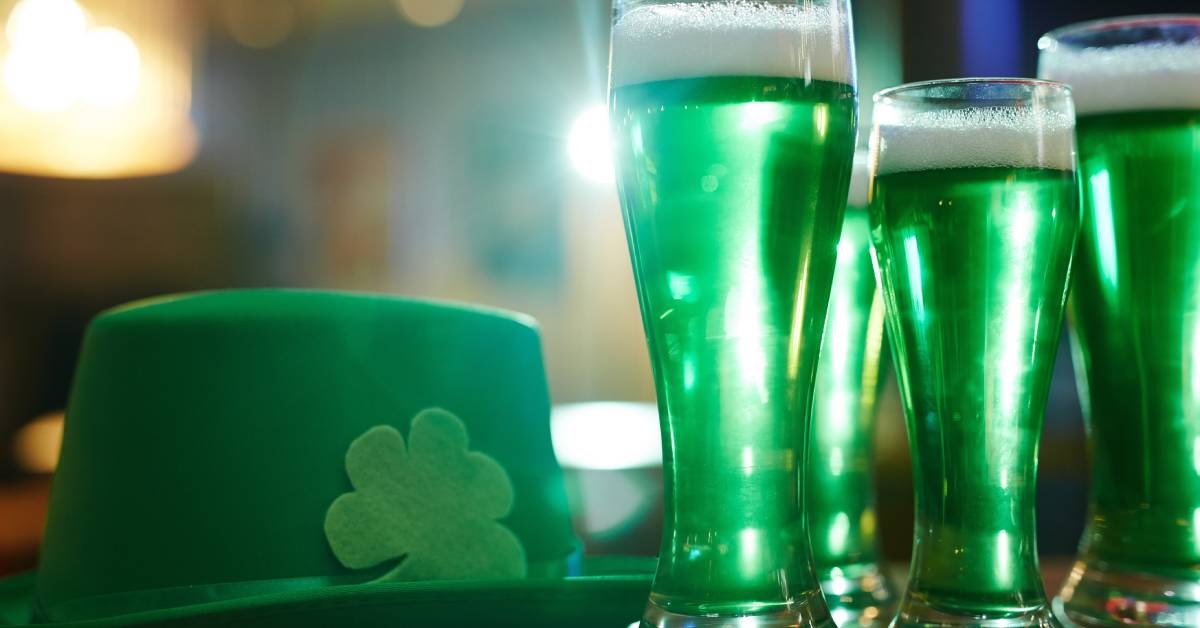 When you have a last name like Ireland, you get pretty into all things Irish. Second to Christmas, St. Patrick’s Day is my favorite holiday. Whether it’s feasting on corned beef and cabbage or wearing green from head to toe, I’ve been known to indulge in all the “staple” traditions. But did you know that the traditions we participate in regularly in the USA aren’t necessarily traditions in Ireland?

For centuries, the Irish have been honoring their patron saint on March 17, the day St. Patrick died, and in the 17th Century, the Catholic church decreed March 17 an official feast day in his honor. Until the 20th Century, St. Patrick’s Day was celebrated in Ireland simply as a religious holiday. No parades, no green beer, just a solemn remembrance of the man who brought Christianity to Ireland.

So just where did we get the traditions we celebrate today?

While many have come to view corned beef and cabbage as the meal to eat on St. Patrick’s Day, it is not actually of Irish origin. For centuries, the Irish people considered cows as a symbol of wealth and a sacred animal. Pork was the meat of choice for many, and corned beef actually came from the British who would salt-brine their beef to preserve it. The “corn” refers to the size of the salt crystals used.

When the Potato Famine hit Ireland, many Irish citizens came to North America but due to prejudice, had difficulty making money, leading them to depend on the brined corned beef, which was cheaper. Many purchased their meat from Jewish immigrants who would cook their corned beef with cabbage and potatoes, giving us the traditional St. Patrick’s Day meal of corned beef and cabbage. Most tables in Ireland, however, will see lamb or bacon as the main dish for their holiday feast.

Across the world, St. Patrick’s Day has almost become synonymous with drinking. Green beer flows from taps and Guinness is downed by the pint-full. But drinking on this day wasn’t always the case.

The day carries some association for overindulging from its historical roots as a feast day. Despite being smack-dab in the middle of the Lenten season, the church lifted fasting restrictions on eating and drinking, which helped encourage the notion of imbibing with beer and whiskey (perhaps a bit more than one should) on that particular day. But drinking was actually looked down on, and at one point, public houses—better known as pubs—were actually closed on the holy holiday. It wasn’t until 1970 that they were legally allowed to open up for the holiday.

Enter Anheuser-Busch, the company that produces Budweiser. The company started a major marketing campaign in the 1980s that tied drinking to St. Patrick’s Day, allowing people to use the day as an excuse to drink as much beer (let’s make it green!) as they could. While you definitely won’t see green beer in Ireland on St. Patrick’s Day, you can stop in at a pub and grab a pint of Guinness. Maybe you could even take part in “drowning the shamrock”... Slainte!

For many years, St. Patrick’s Day in Ireland was simply a religious holiday. Attending mass was the main event of the day, usually followed by a hearty dinner at home.

As Irish immigrants settled in their new land in America, they started to view St. Patrick’s Day as an opportunity to celebrate and take pride in their heritage, in addition to honoring their patron saint. This meant new traditions—the very first St. Patrick’s Day parade took place in New York in the 1760s. Our Irish forefathers were slower to adopt this practice, and parades didn’t start occurring in Ireland until 1903 when St. Patrick’s Day became a national holiday. The first national parade in Dublin didn’t take place until 1931.

Taking a cue from how we celebrate the day here in the States, the Irish government started hosting the five-day St. Patrick’s Day Festival in Dublin. The first festival took place in 1995 and has grown throughout the years as a way to celebrate Irish culture with music, art, food, and more.

Most people know to wear green on St. Patrick’s Day. From hats to sunglasses to temporary tattoos, many Americans love to go all out, saving themselves from being pinched. And even though St. Patrick himself was associated with the color blue, wearing green is one tradition that has roots in Irish culture and folklore.

One thought is that we wear green because leprechauns can only see—and pinch!—those who aren’t wearing green. Another thought comes from the Irish tradition of pinning shamrocks, which are, of course, green, on your lapel.

Since Ireland is known as the Emerald Isle for its lush, green landscape, no matter the reason for wearing green, it’s a fitting color to don on the day.

As you partake in your corned beef and cabbage and drink your green beer this March 17, you can celebrate knowing that the Irish immigrants who came to America gave us many of the traditions we cherish today. And while some of our traditions have made their way back across the Atlantic, you won’t see them dyeing their rivers green (hello, Chicago!).