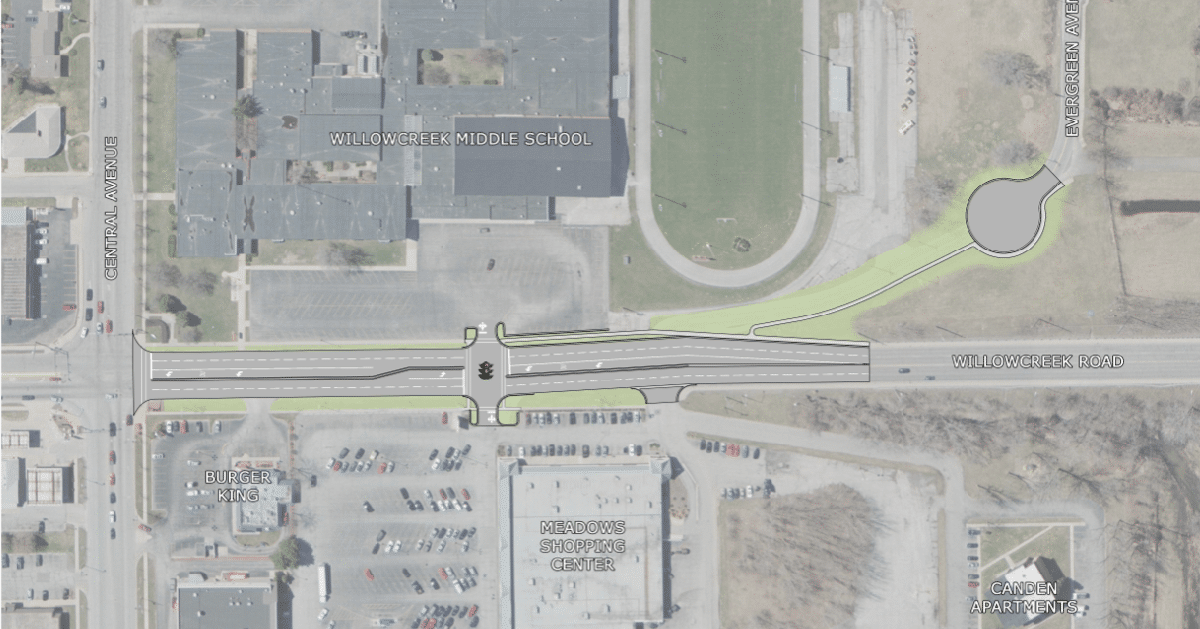 Bad traffic patterns, difficult turns, and awkward intersections are a nightmare for drivers, but even more so when they increase the chances of car accidents. While every city has a road or two that could use revamping, one local spot that comes to mind is the area around Willowcreek Road in Portage. This area has been a source for awkward traffic patterns and accidents for years, but will soon have a new and improved design. With an initiative called the Evergreen Project, a Congestion Mitigation Project that the City of Portage received federal funding for in 2010, the City plans to help ease a portion of these tensions, improving traffic flow and decreasing the likelihood of car accidents within the project area.

The Evergreen Project began back in 2004, when DLZ, one of the top consulting firms in the architectural, engineering, and surveying industry, completed an analysis of traffic patterns near Willow Creek Middle School, including Willowcreek Road, Central Ave, and Evergreen Ave. After compiling data and reviewing results, vehicle speed, difficulty making turns, and lack of orderly traffic flow were found to be major issues with the area, problems that have long impacted drivers.

“The need for something to reduce accidents from northbound vehicles turning westbound onto Evergreen Avenue had been an issue for quite some time,” said Sandy Kolb, Project Manager for the City of Portage. “We were also in need of a way to handle the traffic backups going into Willowcreek Middle School, and the Evergreen Project was intended to address both issues.”

Kolb has been with the project since its inception and witnessed its development every step of the way. In preparation for the project, the City held public presentations and informational meetings in November of 2010 and again in June of 2014, sharing details with the public. Five key parts comprised the project: provide left turn lanes at a common intersection of Willowcreek Middle School and the Meadows Shopping Center, install a traffic signal at the WMS and Meadows Shopping Center, close the Evergreen Avenue approach to Willowcreek Road, install non-muntable center curb from Central Avenue to just north of Evergreen Avenue, and repave Willowcreek Road from Central Avenue to just south of the Toll Road bridge.

The Evergreen Project has been in the works for over 10 years now, and is expected to reach completion this August.