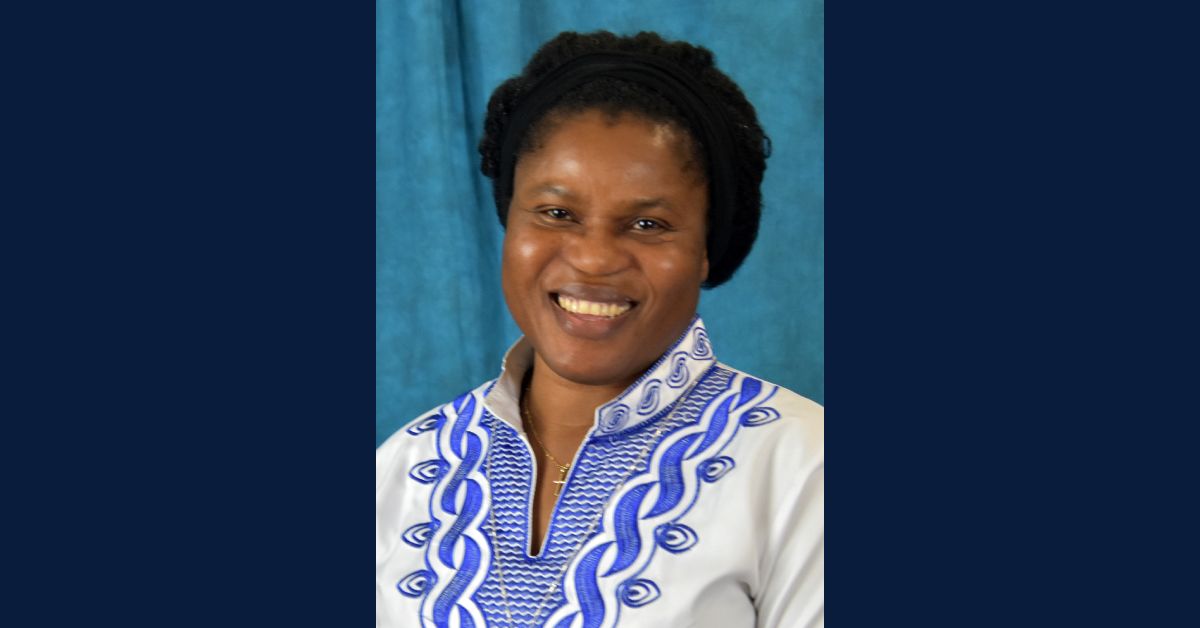 Plymouth, IN – Sister Nkechi Iwuoha, PHJC, has been elected to the board of Leadership Conference of Women Religious (LCWR), an association of the leaders of congregations of Catholic women religious in the United States. The conference has about 1350 members, who represent nearly 80 percent of the approximately 38,000 women religious in the United States.

Sister Nkechi, originally from Lagos, Nigeria, professed her first vows as a Poor Handmaid in 2004 and made her final profession in 2012. She received her master’s degree in Education from Victoria University in Manchester, England and has served at Sojourner Truth House, a Poor Handmaid ministry that serves the homeless, in Gary, Indiana. Sister Nkechi received her doctoral degree in 2020 and is presently an Adjunct Faculty in Ethics in Criminal Justice at Calumet College of St. Joseph Whiting Indiana.

In 2019, she was elected to the Provincial Leadership Team of the Poor Handmaids of Jesus Christ and currently serves as a Provincial councilor.

Congratulations, Sister Nkechi! May God bless and guide you in this new endeavor.