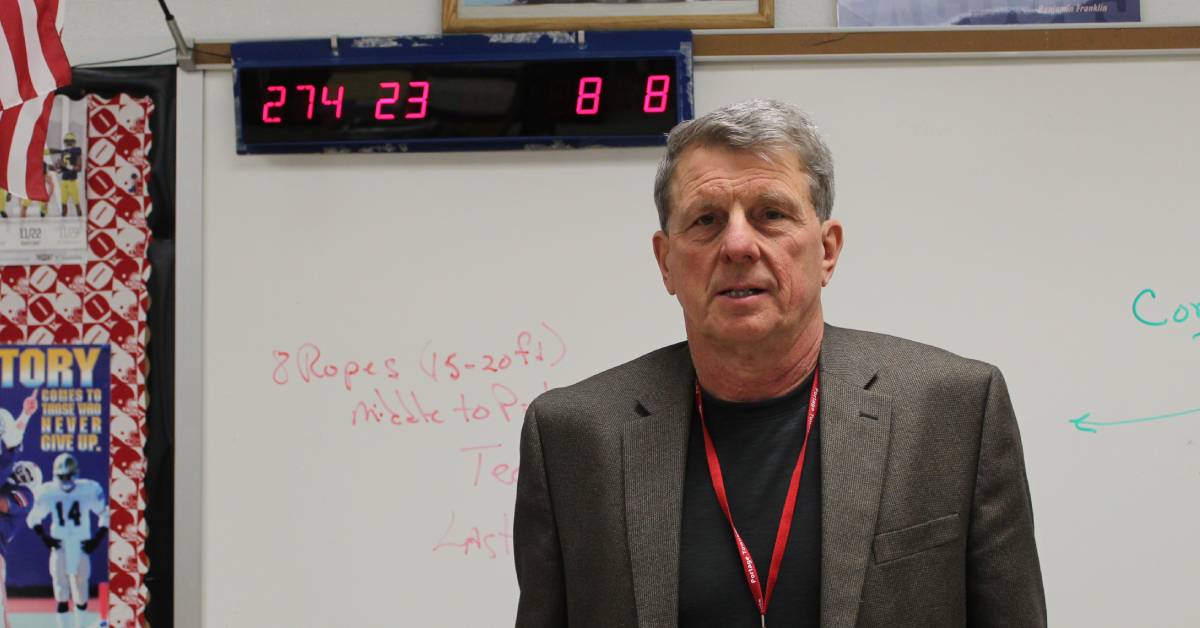 In Russ Radtke’s new office at Portage High School (PHS), he has a digital clock that counts down to the state championship game every year. This is a reminder for him to make each day count for his coaching staff and his team.

“They can’t just show up in August and work through October and expect to make the state championship game,” Radtke said. “It is a 365-day cycle and you have to be involved in it. No matter what you’re involved in, you have to find your own timetable.”

Radtke, tied for the second winningest coach in Indiana high school football history, took the helm of the Portage football program a few weeks ago, coming directly from New Prairie and before that, Griffith.

Radtke is from the Region and has enjoyed the type of environment that this area brings to the game of football. He said he believes his coaching staff can work with the Portage program to instill a “hard work ethic mentality.”

Community involvement is a large part of Radtke’s coaching style and he wants to help restore the football program from the ground up.

“We are going to try to get the Pop-Warner, the JV, and the varsity on the same page, and that is something we are really looking forward to,” Radtke said. “If the athletes themselves feel secure, like what they’re doing, and enjoy the opportunity in middle school, then that is what we are trying to do here at the varsity level as well.”

Radtke encourages Portage athletes to be involved in anything that will help them be successful, while keeping football at the center of their activities if they choose that sport.

“We want to make this fun so the people here at Portage can participate in what they want to, whether it is Spring, Fall, or Winter. This is going to be a program that we must utilize all year long - in the weight rooms, through opportunities at camps - and we are making sure everyone stays involved and competitive in their knowledge of the game,” Radtke said.

Coach Radtke is working hard to formulate the best plan for the team that will put them on the path to success. The Duneland Athletic Conference (DAC) is new territory for Radtke. He says he is glad to be competing in a conference that is well recognized throughout the state.

“When we were at Griffith, we played some of the DAC teams, so we are familiar with some of the competition and we are ready for the opportunity to be involved here,” he said.

Loyalty, pride, and dedication are three ideals Radtke and his staff want players to adopt if they haven’t already. It’s been part of his coaching philosophy since 1977.

He said there is no such things as "my way or the highway” among his coaching staff, as they must always be nimble to adjust to the current demands of the game. For him, football is a 24/7, 365-day a year job, rife with strategic thinking.

Outside his football life, Radtke enjoys farming and collecting antique tractors, though football still take the majority of his time. His sons have each played football and his family has been centered around football for a long time.

Radtke is excited and grateful for the opportunities he and his coaching staff have at Portage and are ready to win come August.