When the Wheeler High School cross country teams lined up at the IHSAA Regional meet last weekend, they had no idea that the race they were about to run would mark their place in history in more ways than one.

The boys toed the starting line first and took full advantage of the clear skies and sunny weather.

“I felt pretty good during the race,” said senior Hudson Hall. “My legs felt a little heavier towards the end, probably because I doubled up on some runs during the week, but I pushed through and was happy with my efforts overall.”

The girl's team followed, also prepared for the competitive rush of post-season racing.

“This race felt really good to me,” said sophomore Emma Hellwege. “I tried staying out more towards the back and progressively passing people throughout the race instead of going out super fast.”

Both squads put in tremendous effort, leaving everything on the course, and the results showed it. Each team placed fifth overall, securing the last remaining team slots to advance to the Semi-State.

Wheeler is one of just four schools in the state with an enrollment of under 600 students to advance both its boys and girls cross country teams to the Semi-State. If this weren’t admirable enough, this also marked the first time the boy's team made it out of Regionals since 2012, and the first time in school history that both the boys and girls teams advanced together.

“Going into the postseason I said, ‘We’re gonna run the table at sectionals and regionals boys’ and we definitely did that,” Franczek said.

After witnessing their strength build during the past four months, Hellwege had full faith in the Bearcats’ abilities.

“I knew both of our teams had the potential to make it out throughout the season,” she said. “I knew we could pull it off, and when I heard our names being announced, it just confirmed that for me.”

A result like this comes once in a lifetime, and Coach Luis Guillen credits his athletes’ strong foundation and months of summer preparation for this well-deserved victory.

“This is a monumental achievement for a small school of just over 500 students,” Guillen said. “After the race, I took time to reflect on how far we’ve actually come this year. All of this really started back in July during our summer cross country camp in Tennessee, and it’s amazing to see how we’ve carried that with us throughout the season. I have to thank God, the parents, the coaching staff, the athletes, my family, and other supporters for being a part of these moments.”

The athletes were honored for their achievements during an in-school parade Friday afternoon, as they walked the halls to the cheers and claps of faculty and fellow students, sporting brand new bearcat t-shirts.

“It was awesome that they did this for us,” Guillen continued. “It’s always great knowing you’ve got the support of your school behind you, and the kids definitely earned this recognition.”

After making history for a small school in an already underrecognized sport, the Wheeler Bearcats are going into tomorrow’s Semi-State fueled by their desire to make a statement.

“As a team of mostly seniors, moving on to race another week is very exciting for us, and I’m going into tomorrow’s race hungry,” Hall said. “I feel calm and confident, ready to race, and hoping for the best possible outcome.”

There is no question that the morning of October 19, 2019, will forever be remembered at Wheeler High School. Congratulations to the Bearcats on a legendary season, and best of luck to them as they compete tomorrow morning at the IHSAA Semi-State meet! 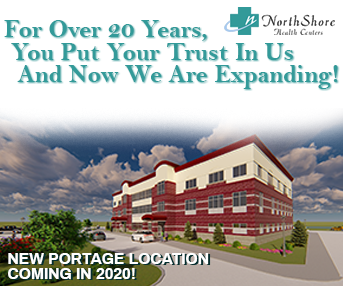