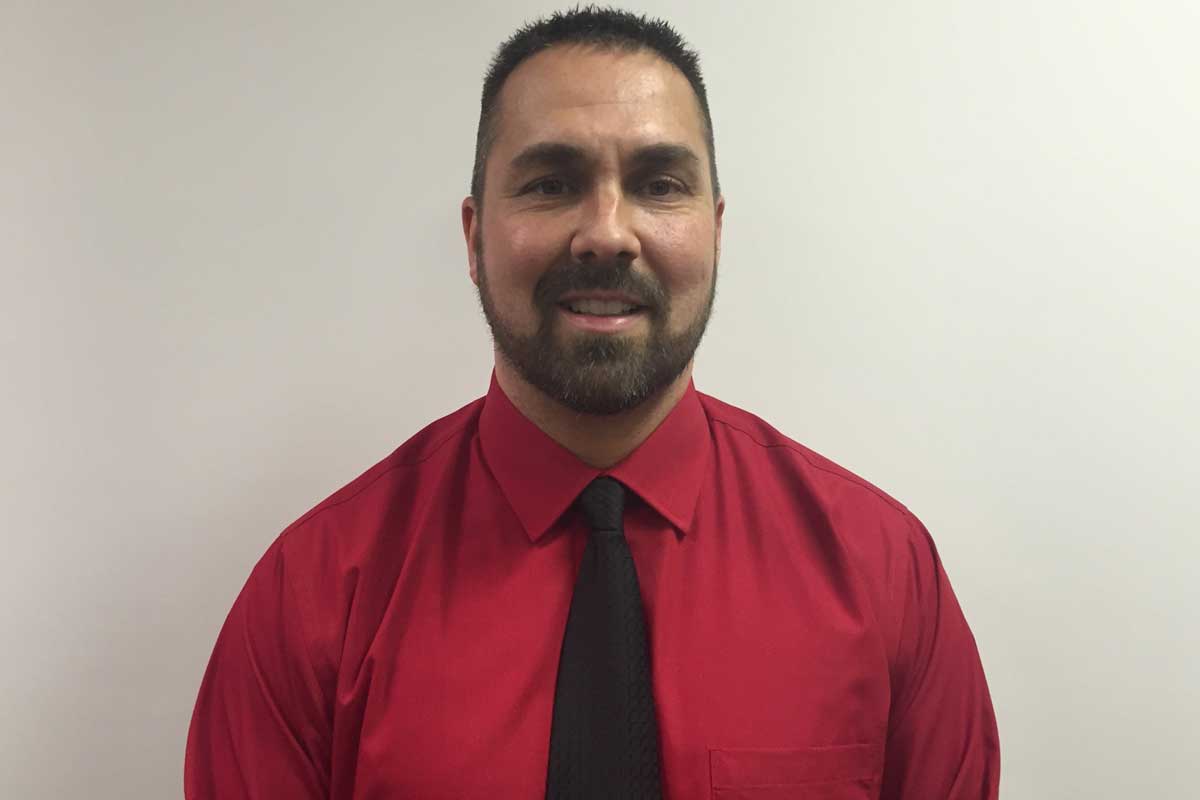 “Ultimately, my blood and my everything will be here, now being the head coach,” Rodriguez said. “Now I’ll be definitely cheering for the Big Red.”

Athletic Director Kelly Bermes had a committee of six, including Assistant Athletic Director Ben Bachmann, a community member, two varsity head coaches and an assistant principal to choose who would be the new head coach after Wally McCormack stepped down this winter.

“What really made me want to hire Rodriguez was his dedication and love for football,” said Bermes. “He was driving so far to coach and him and his family were incredibly dedicated to being involved with the football program.”

Rodriguez’ wife Theresa and children, Melina and Dillon are also excited for the change in school and excited to be at Portage.

“It’s pretty fun having my dad as a head coach,” said Dillon Rodriguez. “It’s going to be weird, because we live in Valparaiso and we will cheer for Portage, but it’s fun.”

Portage football players and parents are looking forward to bringing in a new coach for the upcoming season.

“I'm excited for new things,” said Junior Nick Johnson. “I'm hoping to turn our record around and hoping for some good change.”

Rodriguez is planning on meeting with the team for the first time on February 24. The team is excited to meet the new coach and learn what to expect for the upcoming season. The team is both excited and nervous for what is to come according to Johnson.

Rodriguez believes he is prepared to take the Indians and turn the Portage Football program into a winning program.

“We got to believe in ourselves,” said Rodriguez. “I know we’ve had some down years these last couple years, but that goes into playing some younger kids and just really believing in ourselves.”