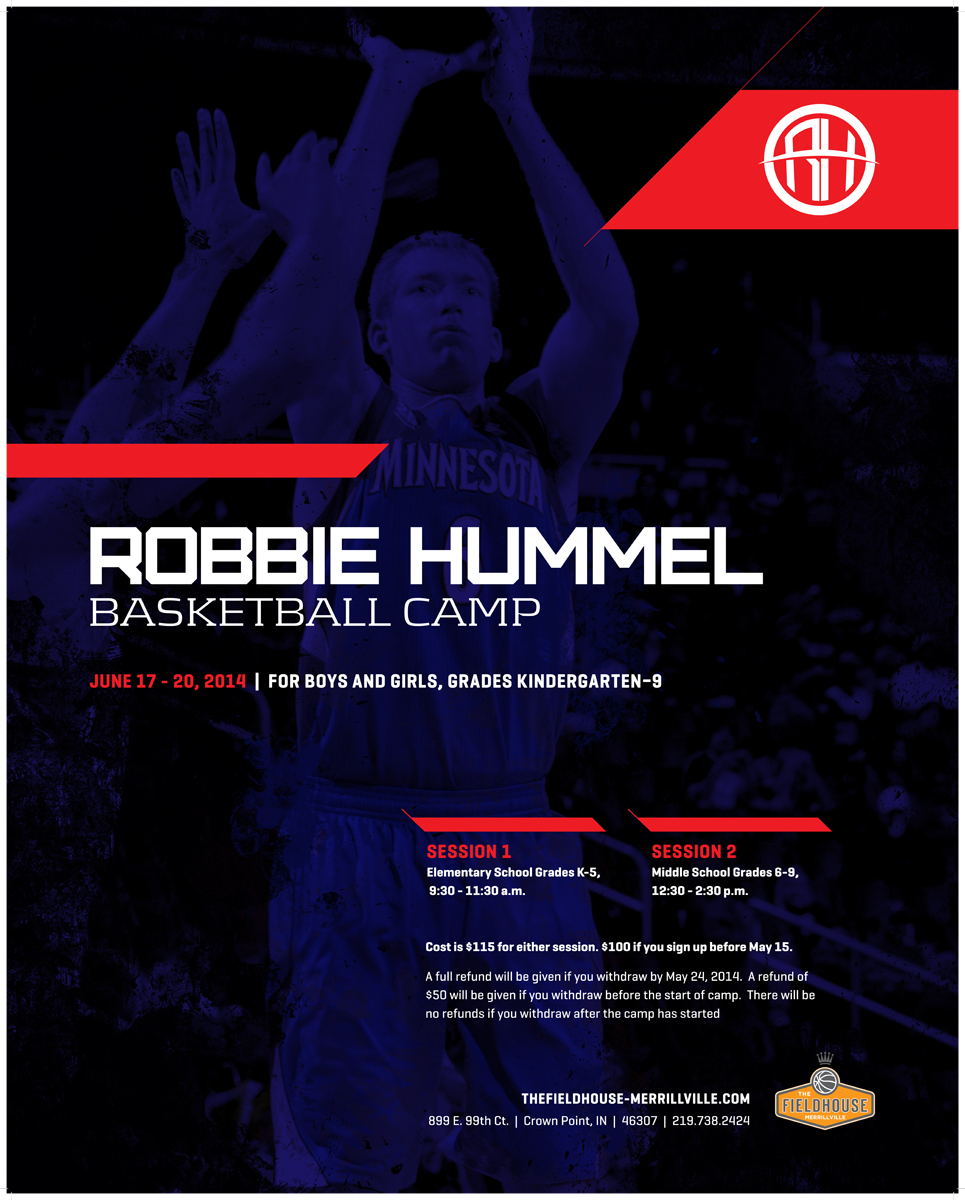 The Robbie Hummel Basketball Camp will provide individual instruction on shooting, ball handling, passing, defense and team concepts. Competitive competition (5-on-5) will also be used as a training tool.

"It’s really fun to interact with the kids," said Hummel. "We play some 5-on-5 where I get to be the 'all time point guard' and it’s cool coming full circle teaching the kids just like so many others taught me during all the camps I went to."

Hummel played in his first NBA season this year for the Minnesota Timberwolves, starting in 5 games and averaging 3.4 point and 2.5 rebounds in just 12 minutes per game.

The camp will run in two sessions:

“The camp is very fundamentally based," explains Hummel. "It's taught by myself and other former college players."