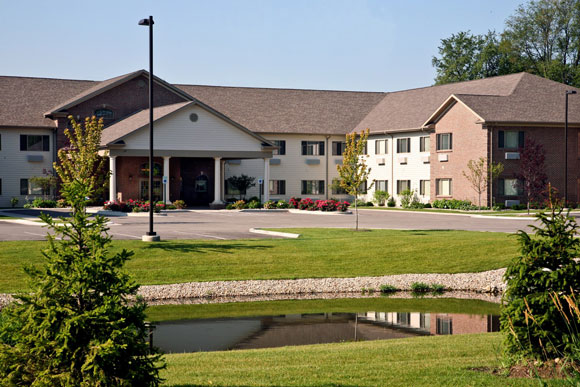 The new Program Coordinator and Assistant Director of Nursing at Rittenhouse in Portage, Nancy Colemen has been working in the medical field for over 40 years. Her career began as a CNA and her passion for helping people started when she was just 10 years old.

At just 10 years old, her father was diagnosed with an asbestos related cancer and Colemen became a caregiver to him up until his untimely passing. She knew from then on what she wanted to do.

Colemen started as a CNA and then later went Triton College in River Grove Ill for nursing. Colemen says this is her 38th year in the nursing field since her graduation.

For a while she worked with special need consumers as a home health nurse. The traveling however became very hard on her with the weather and she became interested in looking for a more stable position. This change brought her to Rittenhouse where she spent 2 years as a floor nurse and has been there every since.

“Rittenhouse is a great place and I’m hoping I’ll be here until I retire,” said Colemen. “It’s very much family like and that’s what’s really appealing to me.”

Colemen’s responsibilities at Rittenhouse includes doing activities with individuals, making sure there are good sensory programs for residents to help with their anxiety, working with doctors, working with the families and making sure the resident is comfortable overall.

Colemen says that checking up on the family is one of the many important parts of her job because of how much the disease challenges the family. “If they’re not strong themselves then they can’t be strong for the individual that’s here.” said Colemen.

“Putting the family at ease is the biggest challenge especially when their loved one goes through all the changes.” said Colemen.

She tries to help families understand that sometimes it’s better that the resident is confused while dealing with the disease. Colemen’s mother-in-law went through it and was fully aware of her accidents and helplessness the entire time and it was very embarrassing and hard on her.

Colemen says that role playing is extremely important when it comes to residents when they are confused. “The easiest thing to do is to just roll with it and eventually they will just laugh!”

Colemen loves to laugh and make other people laugh. She’s the comedian of the family. Infact she used to be a professional clown named Twinkles. Colemen used to dress up as Twinkles and visit nursing facilities to entertain the residents. And for 17 years she worked for the Boys and Girls Club where she would dress up as Twinkles for all the carnivals.

She also has experience running two businesses in the past, one of which being a fishing and tackle store in Portage called Lodge Sporting Goods. Colemen says the store was for her husband but she would help run it during the day and be a nurse in the evenings.

“You have to embrace stuff!” she said. Colemen, who isn’t very interested in fishing and everything that comes along with it, decided to take a creative approach to the job. She learned how to make fishing lures, spinners and tying up flies, which she had a lot of fun with.

Colemen also loves to garden and is extremely proud of her three children and five grandchildren.

Nancy Colemen takes a very creative and open arms approach to everything she does. She has a passion for caring for people inside and out, and she can be found caring for our loved ones at Rittenhouse Village in Portage, Ind.