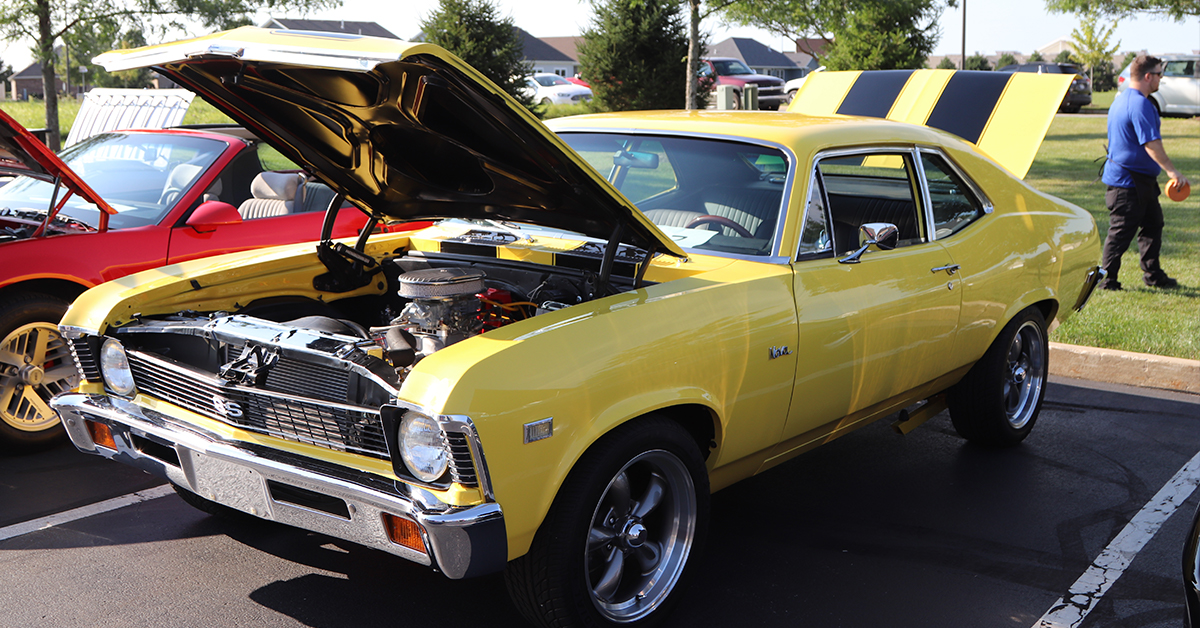 Car enthusiasts from all around the region gathered at Rittenhouse Village at Portage and the Greater Portage Chamber of Commerce’s fifth annual car show Thursday night.

From food, music, and of course, cars – it was a magical night at Rittenhouse. Enthusiasts intensely studied the vehicles while more casual attendees admired the look and aesthetic of the retro cars.

A portion of the money raised will also go to Alzheimer’s Disease research.

The Chamber and Rittenhouse Village also partnered with the Portage Police and Fire Departments. The Police Department brought one of their large SWAT vehicles including a K-9 unit.

Enthusiasts there were eager to show off their cars and tell their stories. Some had frames with old documents associated with the car, including photos of past owners. Sometimes the story of how they found the car is just as interesting as the car itself. Such as Cam Monroe who found his 1989 Pontiac Firebird on “Ebay of all places”.

The event is also good for the residents of Rittenhouse Village.

“A lot of the residents don’t get to leave the facility,” said, the director of the Greater Portage Chamber of Commerce, Nancy Simpson. “Having it at their location where they can just come outside and look at the old cars is wonderful.”