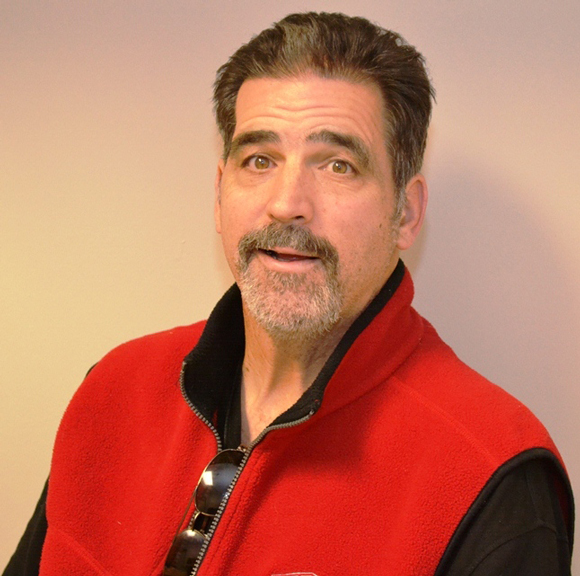 Nick Markobrad’s decision to “choose life” following a debilitating stroke has driven him to great heights – to the top of Chicago’s Willis Tower, to be exact.

“Every morning when you wake up, you can choose to participate, or check out. I choose life. My obligation is to do the best I can and never give up. You have to celebrate every step forward and try to inspire others to do the same. The stair climb demonstrated my progress,” said Markobrad, 60, of Beecher, Ill., who was treated at an RIC facility in Homewood before coming to the Omni location in September 2012, where he continues recovery.

A stroke in 2011 affected the left side of his body and left him wheelchair bound, but his determination and treatment now have him walking and progressively regaining use of his arm.

“I was told I worked harder than anyone they’d seen. My wife, Sherry, defines the meaning of ‘in sickness and in health.’ Since I’m on disability, she works three jobs and deserves huge credit for standing behind me through all of this,” Markobrad said.

Sherry Markobrad said her husband’s progress “is all his.”

“That’s the way he and his family are – they never give up. I am not surprised at all by what he’s done.”

“The RIC is the place to go for therapy. It is through their knowledge and expertise that I am where I am today. Anything I can do to help the RIC and raise awareness, I will,” he added.

Participants arrange for sponsors to help them raise funds to benefit patients of the not-for-profit organization.

Markobrad said his ultimate goal is to raise $1 million.

About Sky Rise Chicago
Sky Rise Chicago is the highest tower climb on the continent and offers two modes of participation; by foot and stationary hand cycling that allow for individuals of varying ability to participate. The purpose of is to raise funds that will benefit the nation’s number-one rehabilitation hospital. RIC provides world-class rehabilitation care to patients - children and adults - from around the globe for traumatic brain and spinal cord injury, as well as stroke and cancer. Funds raised through SkyRise Chicago impact patients' lives by supporting advances in patient care and cutting-edge research. -- Rehabilitation Institute of Chicago