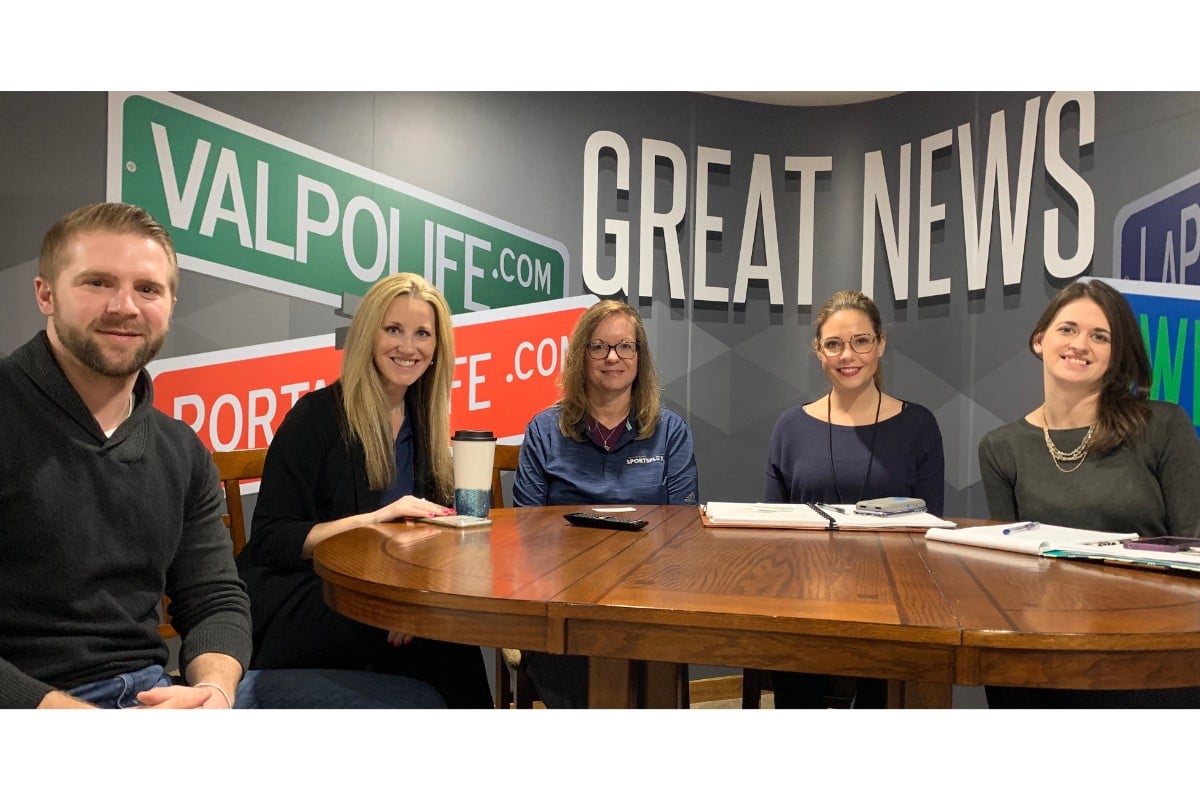 Northwest Indiana is filled with big dreamers and eager teams who create and execute the elaborate events and festivals that put the Region on the map. When several events directors from the area gathered recently at the Life Site studio for a collaborative meeting, the room instantly came alive with excitement and positivity for what it takes to pull off these impressive productions.

Some of the professionals in the room have been planning and executing events for years. Others are brand new to the arena. All of them recognized the value of connecting with each other to share ideas.

“Everything starts with an idea. From there, we start a flow chart. Can it work? Can we afford it? What will it take? But it all starts with a great big idea,” said Donna Muta, special events coordinator for Hammond Parks and Recreation. In fact, it’s not unlikely that those great big ideas are first shared in a middle-of-the-night phone call from Mayor Tom McDermott.

“I can’t tell you how many times I’ve picked up the phone late at night to hear him on the other end: ‘Hey, what do you think about this?’” Muta laughed.

In neighboring Whiting - a city of just 3.2 square miles - the concept of thinking big dwarfs the city limit size.

“Mayor Joe Stahura challenges the staff to think big. What can we do to take an event or concept one step further?” said Amy Frets, director of communications and marketing for the City of Whiting and the Whiting Mascot Hall of Fame.

In La Porte, the city is primed to throw big ideas at the wall and start tackling them with a multi-faceted approach. The economic development organization and chamber of commerce just joined forces to form the new La Porte Economic Advancement Partnership (LEAP) to execute strategies for making the Greater La Porte area a great place to live, work, and play. Angela Rose, the downtown coordinator, is brand new to her position.

“I see a lot of opportunity to inject new energy into traditional events,” Rose said, adding that she has had success with crowdsourcing ideas from the community for things like downtown movies at Plaza 618.

Abigail Thayer Kuchta, events and recreation coordinator for Michigan City Park and Recreation, said big ideas there come from all corners of the city. “I’ve spent a lot of time listening and trying to connect the dots. Michigan City is exciting now, and the big ideas that have been successful are really part of of this metamorphosis that we are going through - getting people excited and taking ownership in the town,” Kuchta said.

The group agreed on one thing: Chicago thinks Northwest Indiana is another planet, and we can use that to our advantage. Because in a sense, we are.

While each community in Northwest Indiana possess unique qualities that foster a healthy competition, it was clear from the recent summit at Camp Life that they all cooperate and collaborate, too.

“You want your neighboring communities to be successful, too, so you don’t want to draw people away from each other. We focus on more of the southern parts of the region and look to draw people from those communities into the city. And we try to avoid competing with other large events in the Region as much as we can,” said Diana Bosse, director of special events for the City of Crown Point. Bosse is in her 12th year working for the city, with the last 1 ½ years dedicated solely to special events.

“We have a community who is excited to look at what others might be doing successfully, and really localize that and make it our own,” she said.

“It really takes research. It takes collaborating with other cities to learn what they are doing as well,” Frets agreed.

Kevin Nuppnau is coming up on a year as the business operations director for Valpo Parks, and said inter-city and inter-departmental cooperation is key to successful events throughout the city. The room echoed in rousing agreement.

“Dan McGuire is our director of facilities and oversees events. He is constantly coordinating with and tying in events with public works, the police department, and other city departments. Nothing happens independently,” Nuppnau said.

“We are always working with our program coordinators to see what we can do together, or explore new ideas,” Bosse said. She noted the soft opening and programs at Bulldog Park as a perfect example of cooperation between the special events and parks departments.

All other cities said they use a team-approach to execute their events and festivals as well, involving multiple city departments and volunteers from across the community and government sector.

Frets said Whiting works to co-market events and programming with Oil City and the Mascot Hall of Fame.

“We’re taking a cue from Disney and other successful museum campuses, and working with private entities to create a campus-like feel for our attractions,” she said, noting that an upcoming project to tackle is wayfinding.

“La Porte is challenging in that we have a quaint downtown that two major interstates flowing through it,” she said, making a point to note the wayfinding company that others in the group may engage for their downtown signage.

The group also discussed marketing opportunities across the Region, and even the state, comparing statistics and what works regarding tourism and chamber marketing activities. Most of them cross-promote their events in each other’s cities.

Of all the topics discussed during the summit, one bubbled to the top: the events directors’ unwavering commitments to the success of their cities and towns.

“It’s a demanding, high-profile job, but I serve with pleasure,” Muta said.

“I am just now getting started, so I have a lot to learn, but I’m all in right now,” Rose said. Her background in urban planning and historic preservation will serve the town of La Porte well in creating downtown events that match the city’s facade and culture.

“Supporting events and programming is definitely a commitment. You have to be present, and available much of the time. One minute you’re absorbed in planning and the next minute you’re going out at 10 p.m. to turn out the lights from a night time event. It takes full commitment and we have that in Michigan City,” Kuchta said.

For more information about the upcoming events and festivals in our partner cities, check out the calendar of events on ValpoLife.com, PortageLife.com, LaPorteCountyLife.com, or NWIndianaLife.com. Or, visit the cities here:

Editor’s Note: This is Part 1 of a two-part series on region-wide festivals and events. Part 2 in early April will feature a 2019 Preview of all the exciting events in the coming months!