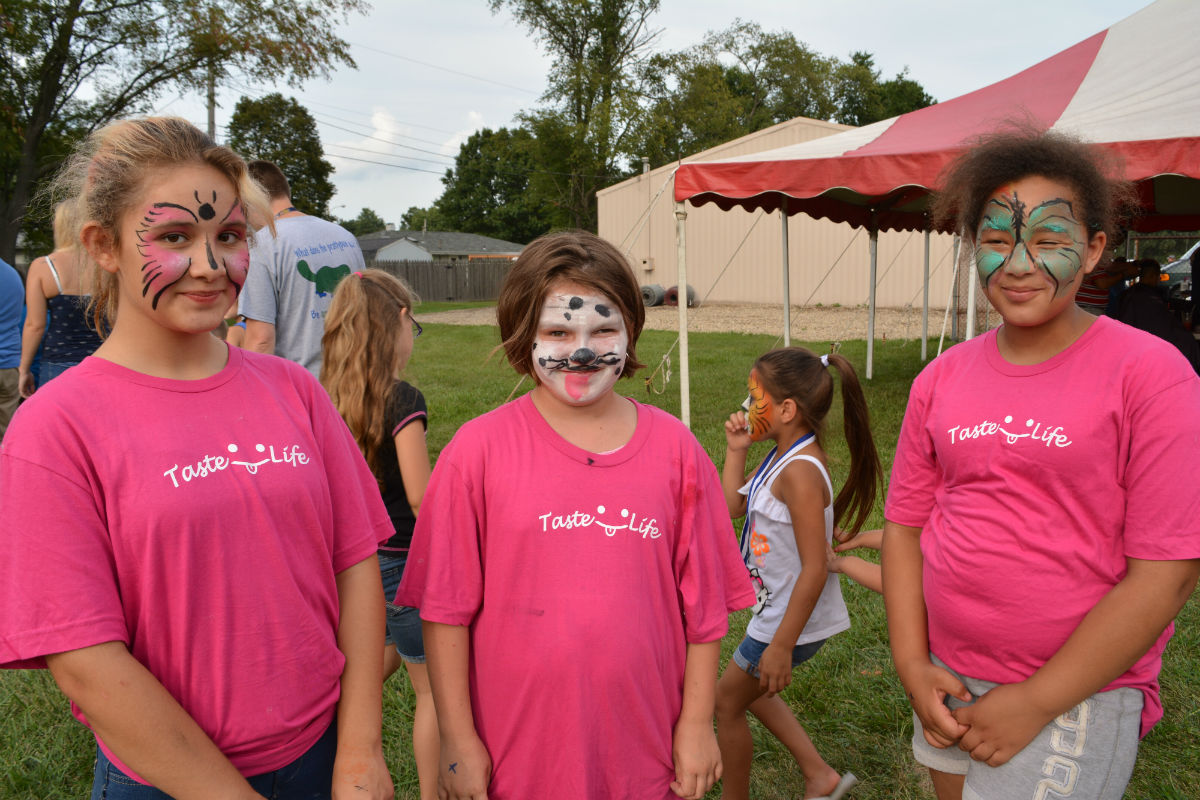 On the final summer Sunday, the last day of the weekend before Portage Township Schools resume for a new year, Real Life Community Church invited families out to their Family Fun Fair to with ways to prepare for the upcoming school year.

Scott Marshall, head pastor for Real Life, started the event five years ago when he came to the church. Before that, he used the idea from friends in Columbus, Ohio at his old church in St. Louis. Although he brought it to the church, Marshall said it’s not his idea, “but it’s a borrowed idea like every good idea.”

Click here to see all the photos from the Back to School Fair!

For the last two years, event coordinator Chandra Ostrander has used that idea, along with her passion for helping people, to create an event to help as any community members as possible.

“There’s a need in the community, you can just look around – we’ll probably hit about 1,500 people here today, and probably close to 1000 kids,” Ostrander said. “We have people lining up as early as 1:30 for an event that starts at 4:00. If that gives you any idea that someone’s willing to wait in line for two-and-a-half hours for a free haircut and school supplies, there’s a need. There’s a need bigger than what we are able to fill, so we just continue to get bigger and grow.”

The fair has grown in attendance by hundreds of people each year, according to Marshall, and each additional person is seen as a success.

Although the event is advertised primarily to Portage residents, Real Life opens their doors to anyone who may benefit from its services.

Jacob Forste, from Hebron, is one example of this outreach. He brought his wife and a few of the 10 children the couple have between the two of them, ranging in age from 1 to 19.

“We heard it was a good time, and they had school supplies, and anything like that would help out,” he said.

Forste also said he enjoyed the friendly, family-oriented atmosphere at the event.

Real Life is able to help families like Forste’s because of the help they receive from volunteers and community organizations like NorthShore, the YMCA and others.

“God moves in ways that I just can’t even fathom, and when I think there’s something that we’re not going to have enough of, it shows up out of nowhere,” Ostrander said. “I had a store in Valpo today call me and say “I have four boxes of supplies we’ve been collecting for you for weeks. I had no idea. There’s just cool things that happen that we can’t explain. They’re God moments. That’s what I love. I love that’s it’s bigger than what I could ever do by myself. There’s just so many people coming together just to help people that they don’t even know.”

Marshall sees the Fair as a way to break out of the stereotype of insularity sometimes pegged on churches as a whole, as well as an opportunity to break down barriers between members of the community.

“We look at the community as a tapestry or fabric, and we want to leave things together so there’s a tight fabric that keeps people warm, if you want to use that analogy, so we see this as one of the threads that we can weave to help the community to be stronger and safer and better.”

Real Life begins planning for the event in early spring, and is always looking for more partners, Ostrander said. Anyone interested in donating items or time can contact the church.