How does Northwest Indiana’s collaboration with Indianapolis affect the state’s economy? 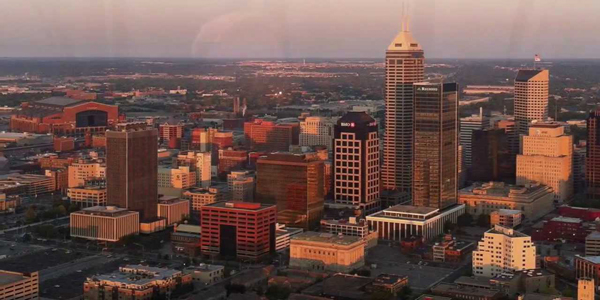 Bill Hanna: It's going to take a paradigm shift in the way that Indianapolis views Indiana. To get that done we're all going to have to be on the same page, and when I say we all I mean we Republicans, Democrats, citizens, legislators, and local elected officials from top to bottom. We can talk about our differences all day long, but we all have one thing in common; we need jobs.

We have another thing common we sit next to Chicago. We have a third thing common, which is Indianapolis doesn't quite understand us. We've quite frankly not done a great deal of progress. We've not made progress in getting them to understand the opportunities we can provide.

Indianapolis is a road-based economy. It doesn't have waterways. So the mindset from most of the legislative perspective is really about road, rail to some extent, and air traffic. There is no adjacent economy, so it's hard to visualize when you come from that perspective and you say okay our models going to be tourism, convention centers, and things like that to really imagine even scratching the surface of accessing something on the scale of the Chicago market place as a commuter generator.

The same jobs here in Northwest Indiana just down the road in Chicago on average pay forty percent more. We drag that back into our local economy that we can put in our restaurants and pay our taxes and support our schools and so forth. That's really kind of the message that we need to get across to Indianapolis is that we’re missing out on a huge, huge opportunity.

The mills have declined overtime. They're still some of the biggest tax payers in the state. We already generate a huge amount of value for Indiana, but we're just getting started. It would be an absolute shame for the state and for the communities to not really follow through with this and say on a global scale we're going to grab a piece of that international market in Chicago for our folks and for the kids that we graduate from Purdue, IU, VU, Notre Dame, and places like that. We have some of the best higher educational options in the country.

There's this hidden whole new theory going on right now, and I tend to buy into it, that tomorrow's economy in the United States is going to be based on what they call "city-states," and we're perfect candidate for flourishing in that model which is to say Chicago would be a city-state economy. It's already kind of happening. So where businesses tend to not think or orient themselves so much about state lines and so forth it really is about economics centers. Indianapolis might be its own city-state. Chicago is a pretty big city-state. I don't about you, but I want apart of that. I want my kids to be able to have a part and at same time grow up as Hoosiers. There's really no reason that can't happen.

There's a lot of advancement that has come in terms of collaboration, and I think a lot of it has to do with awareness and us here in the in the public jobs educating ourselves about what works and what doesn't. Being unafraid a new ideas. There's still a ways to go. What's happening is there's a new group, and by new I don't mean just young. They're also apart of this new thought process established leaders like congressman Visclosky who are out championing ideas like the ones we're talking about saying where's the new growth opportunity, and pushing other local leaders to say it's not enough just to get reelected is not end onto itself. It doesn't mean anything.

Public service is about serving the public. We have to have an objective that we're chasing and we have to have a problem identified that we need to solve. Our problem right now is we've lost the middle class and we're losing it on a daily basis. So how can we solve that? Things like we're talking about; further connection Chicago, the propping up of our damaged assets like the Gary Airport, leveraging the shoreline, and things like that.

There is a group that's emerged established leaders and new leaders saying we can't afford not to talk anymore, therefore we're going to put these things on the table and we're going to sit down and talk about them and move forward. As that happens you come up against resistance of people who have learned to flourish in broken systems. I always use the example, there's always somebody who has bad apartment in a bad neighborhood, and they never fix it up. They've learned to make money in a bad situation; therefore cleaning up the neighborhood maybe doesn't help them so much. We have leadership here that has done the same thing.

You can flourish in a bad market and so when that happens progress threatens you. We have a chance here to do something entirely new. Tapping into Chicago is a new source of revenue for Indiana and for Northwest Indiana. This isn't me taking from you, beating you out of local business. This is us getting together and saying guys how do we get a piece of the pie that seems to be growing exponentially by the decade. When I was a kid there was a lot of problems in Chicago, and there's always going to be problems, but during on the last fifteen years they've become a global city.

It would be hard to argue than any of us that grew up in this area would have been able to convince somebody twenty years ago in a loop that it would look like it looks today with Millennium Park and the flourishing global businesses and just the center it has become for the country. Us tying into that are really a capitalistic venture. It's an American thing to do. We're going to grab onto the total growth and learn how to compete internationally, give our kids access to global opportunities in a global city.

Can you give examples of how cities of Northwest Indiana support each other?

BH: We've found recently with a lot of a deal closing funds, we located the company in Merrillville, we've done one in Gary, we've done recently one in Munster. We're working on something for North Porter County. This changed from when I did economic development ten years ago. You had this idea from the adjacent community that wow wasn't that a good thing? Well at a lot of the events that we go to when we make the announcement we'll find local elected officials from the next town over.

Everybody's saying this is good because we're understanding that none of us we have so many small communities here that not one community has enough economic options to sustain its own population. Valpo's economy is not strong enough by itself to support Valpo's population and income level. You've got to go to Crown Point. You've got to go to Gary. We all make money in different ways. We have to go to Chicago, Indianapolis in some cases, and we have to branch out. We don't have a big enough local economy. That mindset in people is understanding that, so a win is a win. That's just on the basic economic development level.

As far as these projects go I've seen a lot of officials in Marquette saying okay well this is a good start to the revitalization of Gary. That's important for everybody. I think Karen has done a great job as mayor over there reaching out to other places and saying we're not isolated either. This is about coming up together. We have to solve these problems together. We can do by ourselves. Hammond and Whiting is a great example where the RDA built a bridge needed across the two communities to link them and you can actually get from one project to the other on foot where there had been a highway.

Just these simple things in Northwest Indiana where rails and roads have separated whole populations for decades Building that bridge and having that day Mayor Tom McDermott and Mayor Joe Stahura stand there together and physically shake hands across a bridge. Part of our mission is to build bridges here. We literally built one. It's a pretty cool thing to watch the citizens be able to go back and forth and enjoy the community without risking their lives across the road.

People just by their nature if you put up some physical obstacles it sets in mentally as well, and they start to segregate themselves into these blocks. It can be a bad thing. So things like literally building the bridges is a great thing. I've seen economic development movement around here in different communities where companies relocated. Even the Urschel's situation in Valparaiso, I admired that Mayor Costas didn't see that as a negative thing. No one in Valpo is going to lose a job there. Valpo is a vibrant enough community that they will replace the tax revenue with new opportunities.

They've had other new companies come in since then. Just understanding that sometimes it's just about flexibility. It's not about winners and losers. Those are some examples. We've seen a lot a good support around the Gary Airport. We've done surveys where a lot of people in Porter County think it's important for the Gary Airport to succeed. I think things are changing in a real positive way.