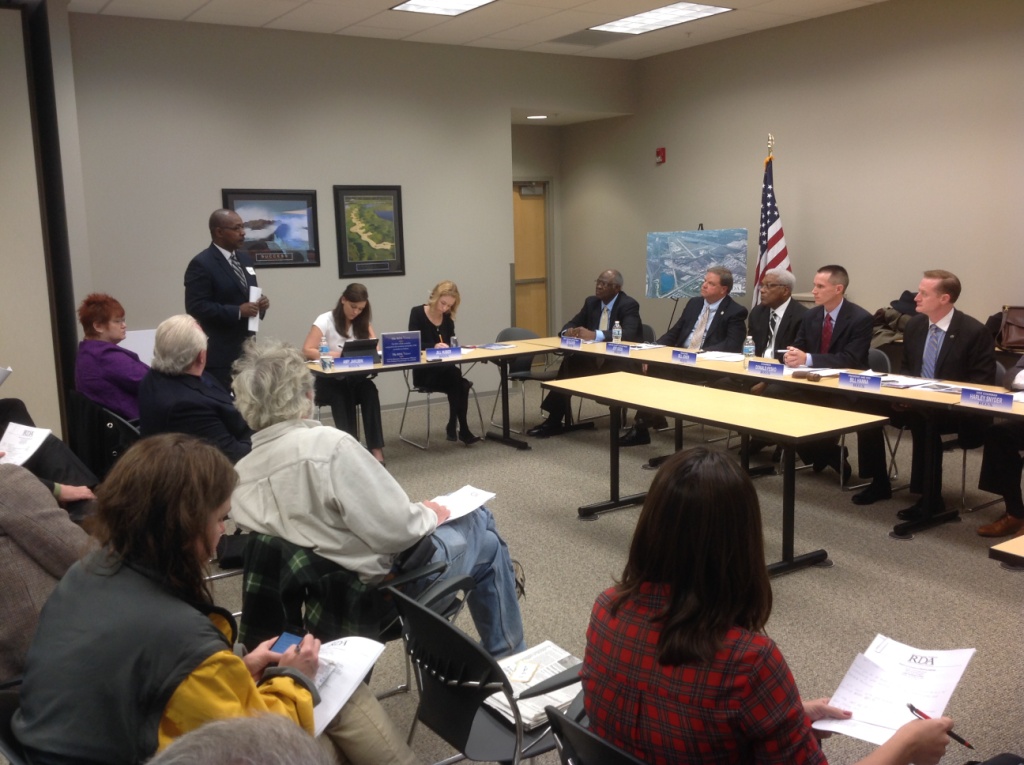 The Board of Directors of the Northwest Indiana Regional Development Authority has approved a $17 million matching grant for the Waterfront Revitalization Initiative in East Chicago. The grant will help fund phase 1 of the initiative, which includes improvements at Jeorse Park Beach and the East Chicago Marina; street and overpass work; and demolition of vacant properties.

“East Chicago has already invested more than $20 million in the North Harbor community and this grant will allow the city to better connect the neighborhood to the lakeshore and set the stage for economic development,” said Ed Glover, East Chicago’s appointee to the RDA Board of Directors. “Between this investment, other city and INDOT projects, and the new Cline Avenue bridge, East Chicago is set to make a dramatic transformation in just the next few years.”

LISTEN: RDA President and CEO Bill Hanna talks to Inside Indiana Business about how the East Chicago project will spur economic development.

During Tuesday’s Board Meeting, the Directors also approved a $200,000 Challenge Grant for the Town of Kouts in south Porter County. Combined with $445,000 in local funding, the grant will be used to extend infrastructure to 63 acres of land at State Route 49 and 680 South. This location links the Dunes Kankakee Trail with the national American Discovery Trail.

“Development of this location will boost property values, attract private investment and link multiple communities together,” said Jeff Good, Porter County’s representative on the Board. “It’s a great example of partnership between the county, Porter County Parks and Recreation, and the RDA.”

In other action, the Board approved modifications of two previously announced economic development deals. In cooperation with local officials and the Indiana Economic Development Corporation (IEDC) the RDA has employed its Deal-Closing Fund to help secure new jobs and investment in Northwest Indiana. Today, the Board approved a $2.4 million grant from the Fund to support Tec Air’s move to the region. The company is investing approximately $15 million and will employ about 258 people at its new headquarters in Munster.

The Board also approved a reduction in the grant to CN for its expansion of the Kirk Yard in Gary. The funding amount, originally $4 million, was lowered in proportion to CN’s reduction in the scope of the project. The new grant is for $1.8 million.