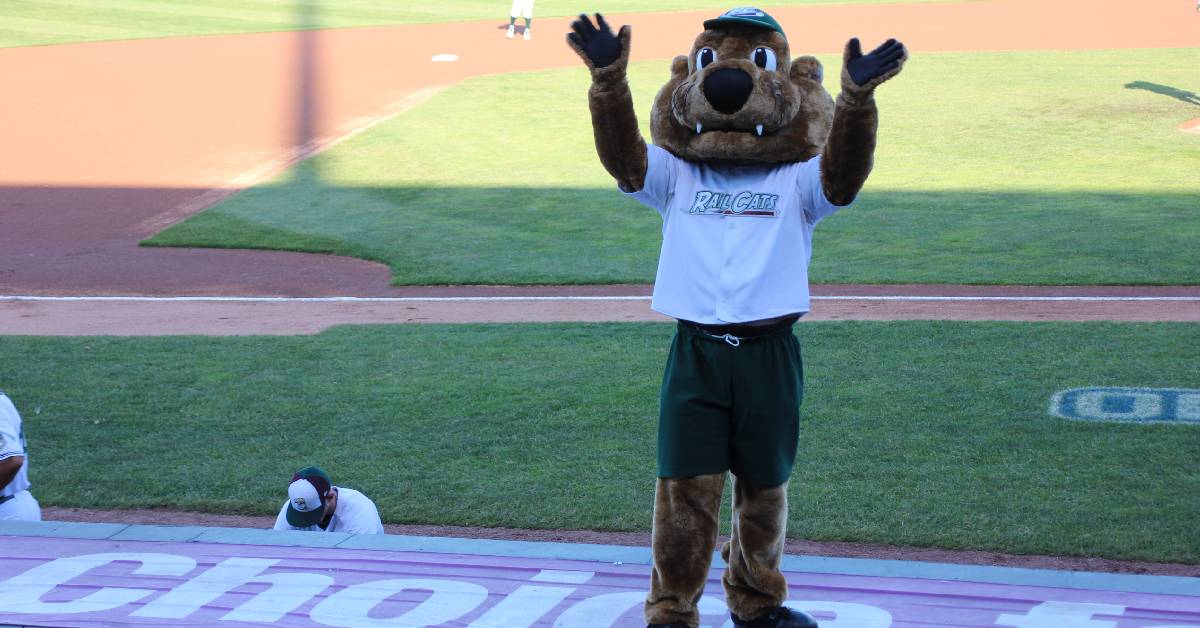 Floyd signed his first professional baseball contract with Gary on June 16th following his senior season at Ball State University. In five appearances, Floyd is 0-0 with a 1.69 ERA and one hold. Floyd last pitched on Wednesday, allowing one unearned over a career-high 3.1 innings.

Floyd retired all six batters in his professional baseball debut, two via strikeouts, including the first batter he faced on June 16th vs. the St. Paul Saints. A native of Elkhart, Ind., Floyd retired 13 of the first 15 batters he faced and threw 4.1 hitless innings of relief to begin his career. Floyd also recorded his first professional hold on June 28th vs. Kansas City after allowing one run on a hit over two innings of relief.

The 25-year-old threw 2.2 scoreless innings of relief in the RailCats home opener back on May 21st vs. Sioux City and recorded his first professional win on May 25th vs. Sioux Falls after allowing one earned over three innings out of the bullpen. Coursel tossed a career-high five scoreless innings and yielded just two hits and a walk while striking out five in his first professional start back on May 31st vs. Kansas City.

Coursel began his Independent Professional Baseball career with Gary in 2018 after signing with the ‘Cats on August 13th. Coursel made five relief appearances and finished the year without a record and a 9.45 ERA.

Coursel began his professional baseball career in 2016 after getting selected by the Pittsburgh Pirates in the 26th round of the MLB Draft as a senior out of Florida Atlantic University. Coursel spent all of the 2016 season at the pro level with the Bristol Pirates (Rookie Affiliate) of the Appalachian League, finishing with an 0-3 record and a 4.26 ERA in 15 games. In 25.1 innings, Coursel allowed 19 runs (12 earned) on 29 hits and 16 walks while striking out 21.

Liguori signed his first professional baseball contract with the Brownsville Charros of the United Baseball League in 2014 and went 0-2 with two complete games, a save and a 2.98 ERA in eight games (five starts) before having his contract purchased by the Sioux City Explorers. In 48.1 innings with Brownsville, Liguori allowed 39 hits and 17 walks and struck out 31 hitters. In nine games (eight starts) with Sioux City, Liguori went 2-4 with a 6.36 ERA in his first season in the American Association. In 46.2 innings with Sioux City, Liguori allowed 61 hits but walked only 19 batters and struck out 26 hitters.

In 2015, Liguori signed his first PECOS League contract with the Roswell Invaders and went 4-1 with two complete games, two saves and a 3.99 ERA in seven games (five starts). In 38.1 innings, the southpaw yielded 32 hits and 14 walks, struck out 33, limited opposing batters to a career-best .229 batting average and posted a career-best 1.20 WHIP.

The southpaw returned to Roswell to begin the 2016 season and went 2-1 with a 6.48 ERA in four starts before having his contract purchased by the RailCats Sister Club, the Schaumburg Boomers. In 25 innings with Roswell, Liguori allowed 34 hits and 11 walks and struck out 22. In three starts with Schaumburg, Liguori finished 0-3 with a 6.19 ERA before having his contract purchased by Gary. In 16 innings with the Boomers, Liguori allowed 23 hits and six walks and struck out eight hitters. In 19 relief appearances with the ‘Cats, Liguori finished 1-1 with a 2.60 ERA. In 27.2 innings, the southpaw allowed 35 hits and seven walks, hit two batters and struck out 13.

Liguori returned to the Frontier League in 2017 with Schaumburg and was named an All-Star for the first time in his career after going 9-4 with a 3.44 ERA in 18 games (17 starts). Liguori also finished with a career-high nine wins, 99.1 innings, three complete games and 17 starts.

Liguori went 4-7 with one complete game and a 3.52 ERA in 20 games (13 starts) in his second season with Gary in 2018. The southpaw finished eighth among qualifying pitchers in the American Association with a 3.52 ERA and was 2-0 with a 3.44 ERA in seven relief appearances. In 94.2 innings, Liguori allowed 117 hits but walked only 16 and struck out 45 batters. Liguori made his first four appearances of the season out of the bullpen before becoming a regular in the RailCats 4-man starting rotation. A native of Scottsdale, Ariz., Liguori recorded his first American Association complete game in a win against the Chicago Dogs in game one of a doubleheader on Aug. 21 (7 IP, 1 R/1 ER, 4 H, 1 BB, 5 K).

Ticket packages for the 2019 Gary SouthShore RailCats season are available online at RailCatsBaseball.com or by calling the RailCats ticket line at (219) 882-BALL. The RailCats box office is open Monday through Friday from 9 a.m. to 5 p.m.