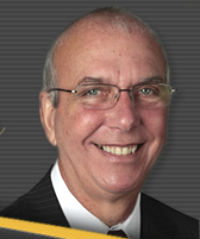 On February 26, the chancellors from Purdue University North Central and Purdue University Calumet addressed media members on the recent announcement of a unification of the two university satellite campuses’ administrations.

“We have been thinking about this for a while,” explained Chancellor Dworkin. “This is what’s best for students. Some of this restructuring can save money and let us have extra resources to spend. We are excited to get started.”

Chancellor Keon indicated that details in the plan would continue to unfold throughout the calendar year, including potential savings, implications for the athletic programs and exact positions to be consolidated.

“The first of a number of significant changes moving forward will require to set up a format to get a lot of input as we merge,” he said. “Later in the calendar year we will have engaged many people on both campuses as we look for solutions to hold the two campuses together.” 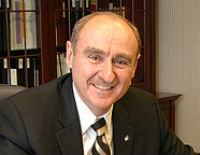 The goal is to keep both the North Central and Calumet campuses operating under one name, the chancellors indicated. The name will be determined after “lengthy” discussions and will likely be something different than Purdue University Calumet or Purdue North Central.

The chancellors stressed the importance of having both campuses, though, “so everyone can keep that history and identity,” Dworkin said.

The amount in potential savings from the move over the next 10 years is yet to be determined, explained Dworkin.

“That is going to be part of planning process,” he said. “The Board of Trustees charged us with a plan to see how much we can save in certain areas. A presentation later this year will have more specific data.”

The chancellors also addressed the potential for job losses as the administration’s consolidation takes place.

“It is difficult to anticipate if anyone were to lose their jobs. Generally we try to make changes when there is normal attrition taking place,” Keon said. “We have several position openings on our campus because we are already on a consolidation mode, we will certainly be talking to people available on both campus to fill vacancies.”

No immediate changes are expected, as the re-thinking as a single university with two campuses will likely result in “significant” change over a one-to-two year process. Dworkin said the “process of change” will begin immediately.

“We will start looking at ideas on how to do this effectively right away,” he said.

The two did indicate that the unification would result in a single chancellor -- not two -- as a way to increase savings in the plan.

They reiterated that the unification was a result of working together on a joint proposal and not a directive from the main Purdue campus administration.

“We both had discussions with President Daniels and had chance to present to Board of Trustees. We have thought for a long time that some of these efficiencies would be available. Some things may occur early, some may take a little longer,” explained Dworkin.

PNC’s Porter County campus should not be affected by the merger, Dworkin said.

“Porter County is an important campus for us,” he said. “We will continue to operate that campus and find the best possible usage to make it as effective as possible for the students.”

Currently there are 5,600 or so students enrolled at PNC (an increase of 2-3 percent over the last three years), with 3,500 now listed as full-time. Keon said PUC has 9,500 enrolled, with about 1,000 of them having dual enrollment.