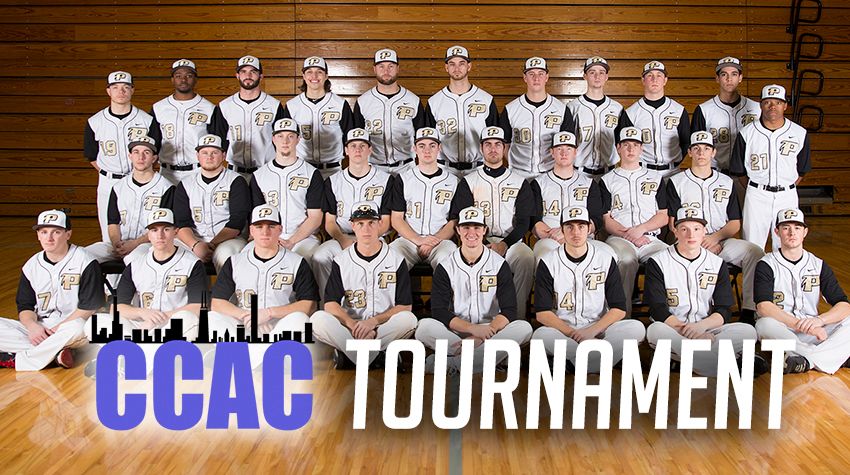 The Purdue University Calumet baseball team will enter the Chicagoland Collegiate Athletic Conference postseason tournament for the second-straight year when the Peregrines face off with top-seeded Olivet Nazarene Friday afternoon.

Purdue Calumet earned the final bid by winning its final league series of the regular season, defeating Indiana South Bend two games to one to clinch its second-straight berth. The Tigers, on other hand, earned their automatic bid into the NAIA National Tournament after defeating Judson in a regular-season playoff game Tuesday, 6-3, to clinch the CCAC regular-season title.

The winner of Friday's game will advance in the second round of the winners' bracket, to face the winner of St. Ambrose (24-29) and St. Xavier (26-24) at 7 p.m. Saturday. The loser will fall to the loser's bracket, where it will play the loser of SAU/SXU at 10 a.m. Saturday.

All games of the double-elimination tournament will be played at Judson's Hoffer Field in Elgin, Ill., located at 1151 N. State Street.

LAST TIME OUT
The Purdue University Calumet baseball team dropped its regular-season finale against Indiana South Bend May 2, but that didn’t have an effect on the Peregrines’ postseason in a big day for the program. The Peregrines fell, 9-5, but qualified for their second-straight conference tournament after sweeping the Titans in a twin bill May 1.

SCOUTING OLIVET NAZARENE
The Tigers captured their first CCAC regular-season championship since 2005 with Tuesday's playoff win, and come into the league tournament riding a five-game winning streak. Madison Foster leads the way at the plate for ONU with a .433 batting average to go along with 61 hits, eight doubles and 18 RBI. Bryan Klendworth (.378) adds the best power numbers, with 17 doubles, four triples and three home runs to go along with a .608 slugging percentage. Blake Uhlman (8-3, 2.11 ERA, 60 strikeouts), Foster (8-1, 2.64 ERA, 53 strikeouts) and Jonathan Hentschel (9-3, 3.24 ERA, 50 strikeouts) represent the Tigers' top pitchers.

PEREGRINE LEADERS
The Peregrines are led by Cody Dykema (Schererville, Ind./Lake Central), who is hitting .352, with 43 hits, 29 runs, 10 doubles, three home runs and 27 RBI. Also swinging the bat well for the Peregrines is Alec Skalka (Munster, Ind./Munster), who owns a .367 batting average with 29 hits and 17 runs scored. Senior Eric Sickles (Benicia, Calif./Benicia)adds a .313 average with six doubles and 24 RBI.

SERIES HISTORY
Olivet Nazarene leads the all-time series history with the Peregrines, 7-1, but Purdue Calumet picked up its first program win over the Tigers earlier this season in a 2-1 ONU series win. The Peregrines defeated the Tigers 3-1 behind a winning pitching effort by Josh Arnold, who gave up just three hits in 5 and 2/3 innings pitched. ONU won the opener, 5-1, and the final game of the series, 10-2.

CCAC TOURNAMENT FLASHBACK
In 2015, the seventh-seeded Peregrines nearly pulled off a first-round upset over No. 2 Judson, but it was not to be in a 3-2, 11-inning loss in CCAC Tournament opener. Purdue Calumet would later fall on Day 2, 5-0, to Robert Morris in the Peregrines' elimination game.

LIVE LOOK
Live stats and video, provided by host Judson, will be available for all games of the CCAC Tournament contest here: http://portal.stretchinternet.com/puc/