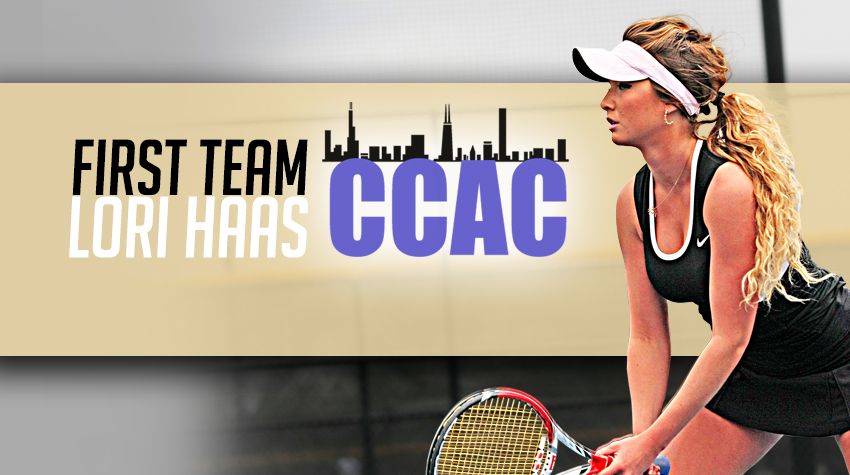 Haas (Bismarck, Ill./Bismarck-Henning) led the Peregrines at No. 1 singles with a 9-2 mark, with her only two losses coming to CCAC title match teams No. 5 Cardinal Stritch and No. 18 Olivet Nazarene. At No. 1 doubles, Haas finished 6-7 with teammates Ashley Pabey and Abby Kvachkoff, as she helped lead the program to it second straight CCAC postseason tournament victory in 2016.

Haas, who earned CoSIDA Academic All-American honors in 2015 and is a two-time recipient of the NAIA Scholar-Athlete award, finishes her career as the program's all-time wins leader in both singles (29) and doubles (20), with all of her 29 wins at singles coming in the No. 1 slot, where she was 29-11 (.725).

She was named the program's first-ever CCAC Player of the Week to cap the regular-season in 2016.

Haas still has a chance at her second CoSIDA Academic All-American award after earning her second-straight all-District honor. The All-Amercan awards are set to be released June 6.

Priscila Nunez, a junior part of the CCAC Tournament Champion Olivet Nazarene team, was named the CCAC Player of the Year and Cardinal Stritch head coach Mark Goldin was tabbed as Coach of the Year after leading the Wolves to the CCAC Regular Season title.