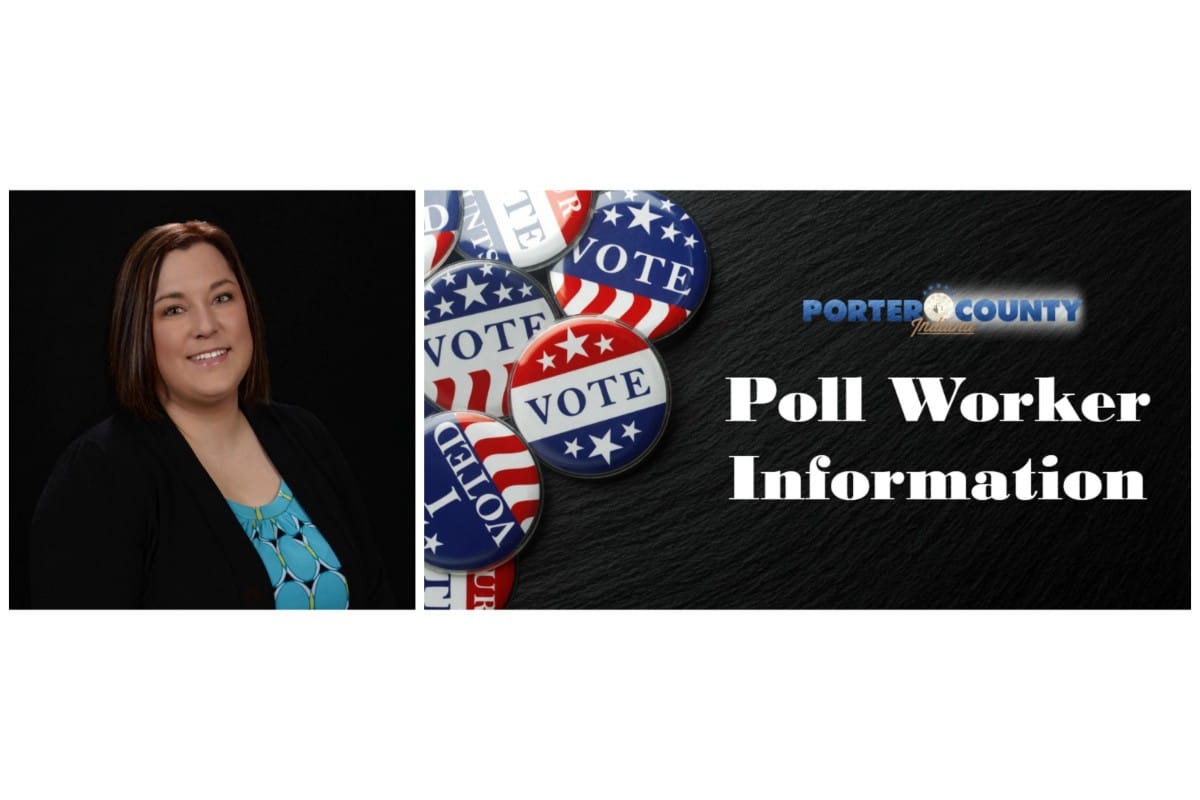 The importance of a poll workers’ role cannot be overstated. This job is vital to the voting process and essential to the well-being of our democracy. Ultimately, poll workers are charged with monitoring the polling place and the election process. Poll workers are often the only election officials with whom voters interact, so they play an important role in how voters experience and think about the voting process.

“Last year, poll workers were not provided the tools and support they needed to succeed,” said Porter County Clerk Jessica Bailey. “The poll workers didn’t fail, their leadership did.”

Since taking office on January 1, County Clerk Bailey, with the support of the Board of Commissioners and County Council, has been working diligently to implement significant changes, including more accessible and comprehensive poll worker training, increased compensation for poll workers and the purchase of new election equipment that will reduce the risk of error at the polls. But these changes are for naught unless a sufficient number of poll workers can be recruited to work at the polls on May 7.

Porter County is blessed to have thousands and thousands of citizens who generously give their time to support their schools, local non-profits and other civic causes. They are invested in, and committed to, serving their community. Porter County citizens understand the importance of our democracy and public trust in our election process.

“We are asking the great people of Porter County to join with us to restore the integrity of our election process by becoming a poll worker,” asked Bailey. “We know are asking for a significant time commitment from them, but we also know that they are up to the challenge.”

Information about becoming a poll worker, the necessary qualifications, roles and responsibilities, compensation and training can be found on the Porter County government website. Interested citizens can find the poll worker information, and apply online, at this link: https://www.porterco.org/pollworker