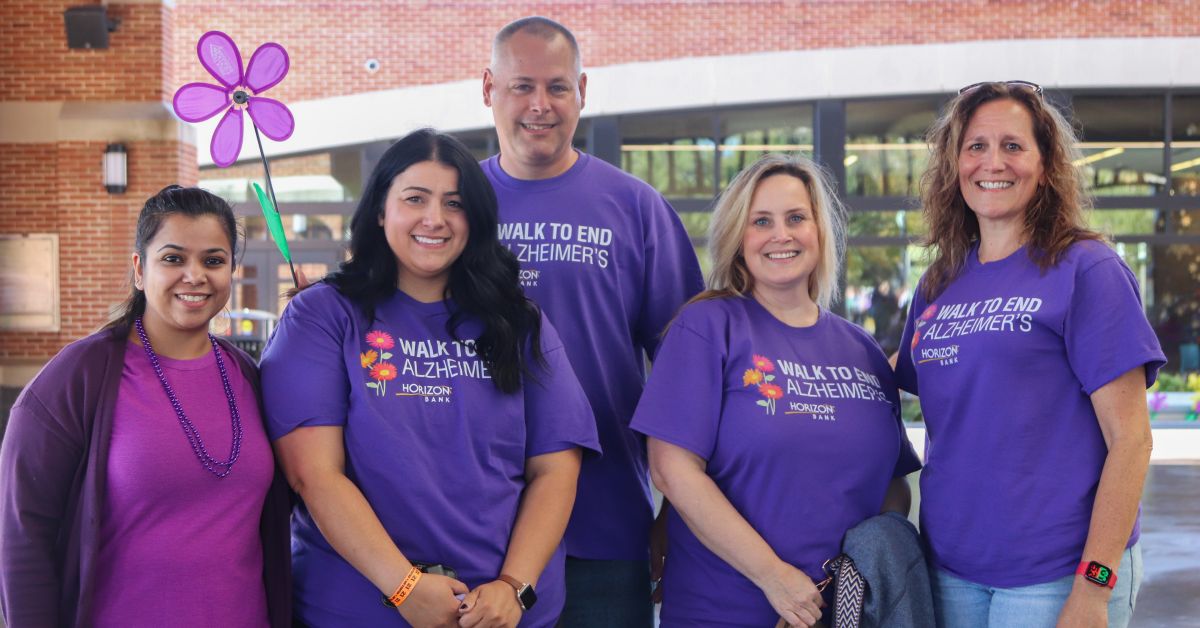 Each year the Alzheimer’s Association holds hundreds of Walk to End Alzheimer’s events across the nation to raise awareness and further its mission to end Alzheimer’s disease. On Sunday, October 2, the Porter County community came together to participate in one of these walks, and the amount of community support and love was unbelievable.

Over 40 teams comprised of 275 people participated in the walk. Local businesses, organizations, and individuals came together to raise over $40,000, all of which will go to research studies to help find the cure for Alzheimer’s.

Heather Donofry, the Development Manager of the Alzheimer’s Association, was incredibly thankful that so many people come out in support. She hopes that walks like these will continue to raise awareness for Alzheimer’s disease and show people that they don’t have to be on their own.

Donofry’s favorite part of these walks is getting to meet so many different people.

Everyone at the event got to choose their own colored flower: blue for a person living with Alzheimer’s, yellow for Alzheimer’s caregivers, purple for those who have lost someone to the disease, and orange for those who support the vision of a world without Alzheimer’s. After choosing their flower, people got to decorate the petals. Many chose to write the names of the people they’d lost. It was truly a touching way for people to share their stories.

Many sponsors helped make this wonderful event possible, but a special group of Horizon Bank’s team came out to participate in the walk together and show their support.

“We want to help bring awareness to this issue. We’ve all known someone that’s suffered from Alzheimer’s, and many of us have lost someone close to us. We just want to help support the community and alleviate some of those medical costs,” said Michael Seefeldt, Regional Credit Manager for Horizon Bank.

Seefeldt, who has personally lost someone to Alzheimer’s, raised $1500 on his own to go towards the Alzheimer’s Association. The Horizon Bank team also came together and raised over $2000. Seefeldt and his group smiled and raised their flowers high as they walked, grateful to be making a difference.

Horizon Bank’s team members frequently take part in community events such as these to lend a helping hand to meaningful organizations. Just last weekend they participated in the American Heart Association’s annual Heart Walk, and there are many more upcoming walks on their list.

“It’s just so great to be out in the community lending support to other organizations and showing them that we’re here to help,” said Seefeldt.

Porter County’s Walk to End Alzheimer’s couldn’t have possibly been better. The sun shone brightly on everyone as they advocated for a brighter future, and it wouldn’t have been possible without all the touching support.

To learn more about Horizon Bank and its involvement in the community, visit https://www.horizonbank.com/.