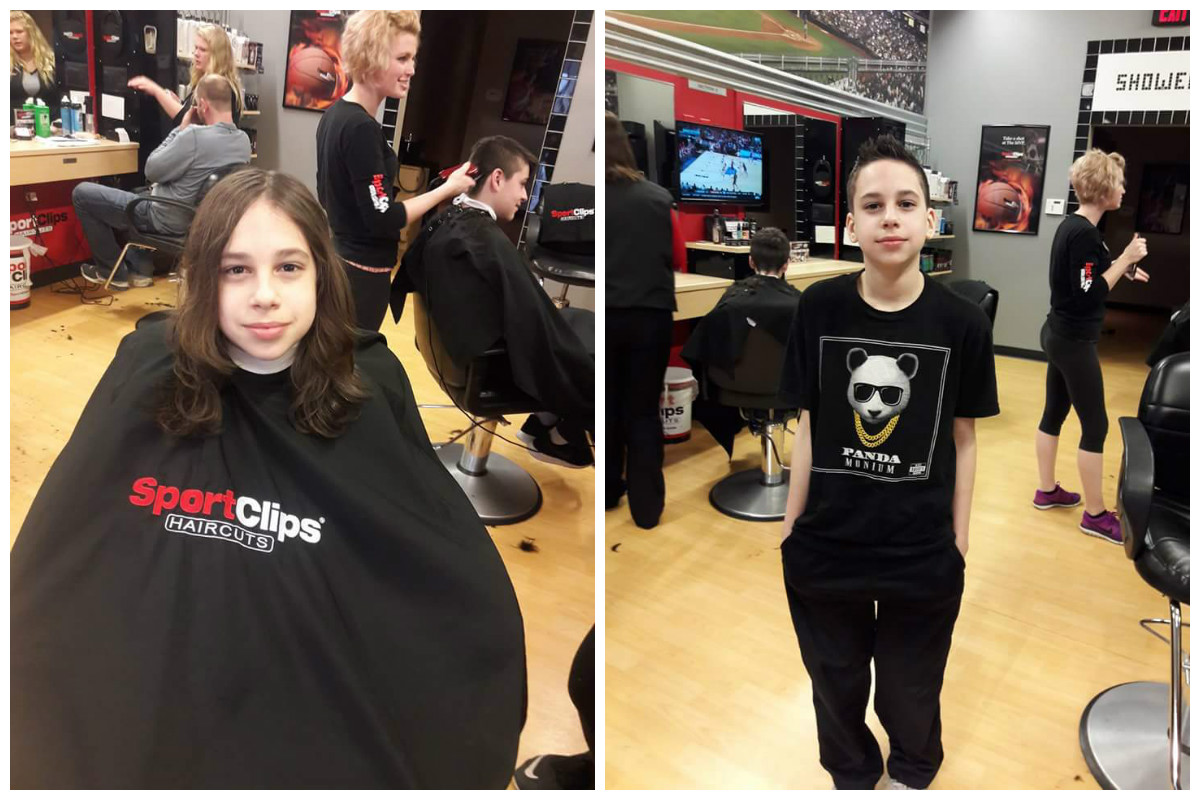 As a kid, it takes a lot of courage to stand up to your friends. Xan Leal, now a Fegely Middle School student, mustered up that courage and a lot of patience for two years as his brown, wavy hair grew long enough to donate to kids with cancer.

Xan Leal was just eight when he decided to begin growing his hair to donate to Children With Hair Loss, an organization which provides human hair replacements at no cost to children and young adults facing medically-related hair loss.

As a serious taekwondo student for years, Xan chose to style his hair into a mohawk after every belt testing and color the tips the color of his belt earned, yet when he mastered the black belt, he decided he would not do a mohawk anymore.

“The middle part of his hair had gotten kind of long and one of his aunts asked him what he was going to do with his hair, now that he was done with the mohawks,” Xan’s mother Michelle Leal said. “The conversation just sort of evolved and he decided he was going to grow it out and donate it to kids with cancer.”

The part of actually growing his hair out was easy, it was everything around him that made it tough.

According to his mother, Xan was teased at his school for his long hair.

“I don't think he knew how hard it was going to be when he made the decision,” she said. “As a little boy with long hair, you get teased a lot (by adults too, not just kids). Being the sensitive child he is, it was obvious it bothered him when people called him a girl or tried to talk him into cutting his hair.”

She said even in public he often was innocently mistaken as a girl, which she could tell upset him, but never did it deter him.

“He refused to let anyone change his mind,” she added.

After two years, his hair fell a little below his shoulders, long enough to be cut off and donated. He and Michelle researched places to donate and chose the Children With Hair Loss organization after he knew a young girl who received a wig from them. After he sent the long, brown ponytails away, his classmates understood the reason a bit better. The school principal shared his act of giving with the school and it sparked a chain of young girls to also grow their hair long and cut if for donations.

“As a mom, I couldn't have been prouder watching my 10-year-old son reach a two-year long goal to help a stranger,” Michelle said. “He told me, he felt accomplished after the whole thing.”

Yet, Xan kept going. After that cut, he began growing his back out again and now, as a 12-year-old, Xan recently sliced the long hair off once more.

Michelle said she was shocked when he decided to do the process again and was willing to go through all of the teasing to help those who need the hair to wear as wigs.

“This time he knew what he was getting into and how hard it would be, but he felt like that was nothing compared to what the child who would be receiving his donation is going through,” she said. “Words can't even describe how proud I am of my sweet, loving, generous 12-year-old boy.”

To most, hair is a representation of yourself. It shows off your personality by the color, the length, and the style. For Xan, it is a way to help others.

To learn more about the Children With Hair Loss organization, click here.