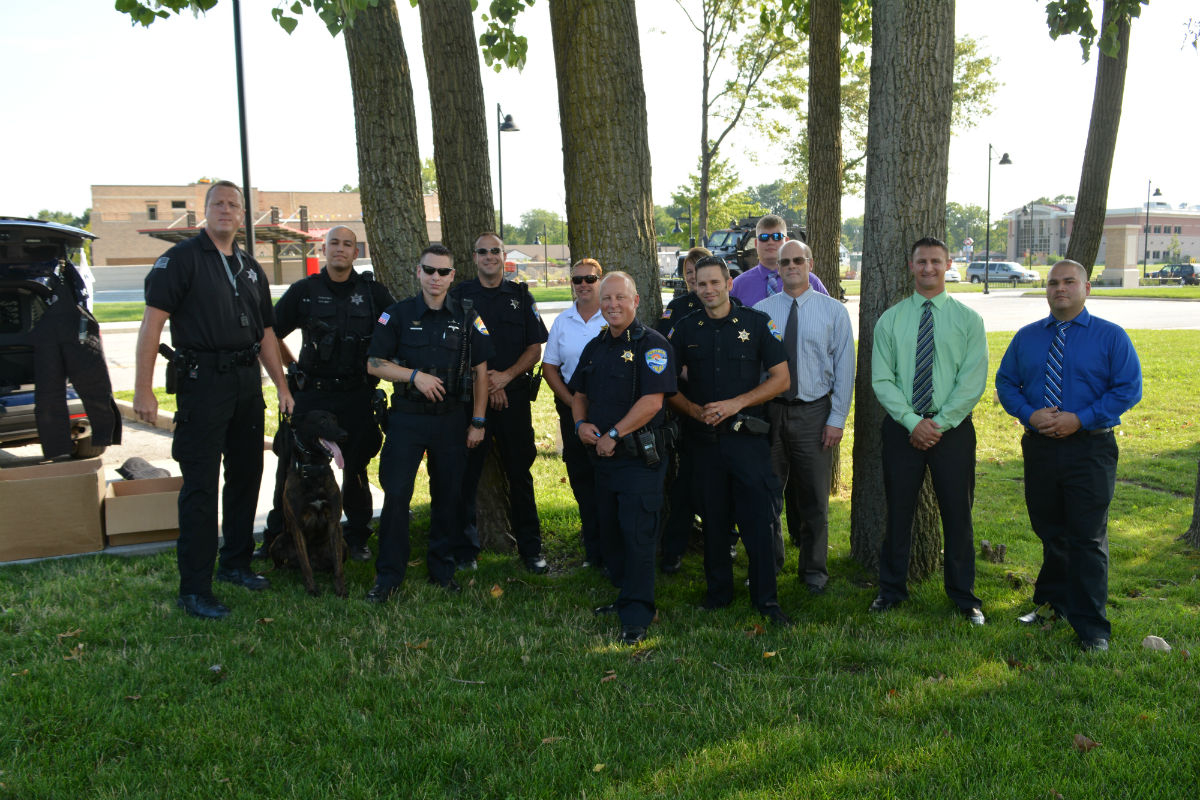 Along with departments across the country, the Portage Police hosted an annual Night Out to visit with interested members of the community.

Chief Troy Williams said the event has taken place for a few years to, “get rid of some of the mystique that some people think policing is and reach out and touch base with the community.”

The event helps police officers have more interactions with Portage families in a casual atmosphere.

“I think we have a pretty good community relationship right now, but we never want to rest on our laurels, so we always want to keep improving on that, and so I think the more often we can do things like this, the better relationship we’ll have with the community, and it’ll just keep growing,” Williams said.

The Night Out gave children a chance to climb equipment and ask questions. Even with a four-wheeler and large vehicles, the real stars of the show were the furry members of the Portage K-9 unit, who came with their trainers to show off their training techniques – and be rewarded with pettings from the excited crowd.

Some, like 13-year-old Cameron Johnson, were even able to experience what it might be like to be a K-9 handler, wearing a vest and commanding a two-and-a-half-year-old Dutch Shepard, known as Si, to “sit.”

When not with his newfound companion, Si is accompanied by patrolman Wendell Hite, who has been a K-9 handler for almost three years.

“It just puts the next level into the job,” Hite said. “It’s all exciting, the training, the time, the bond of the dog. All the training, then you come to work and see it work, it puts it into perspective. Si loves to work, he loves show off, you can see his charisma, he loves kids. But when it’s time to work, he works, and it’s rewarding to see that.” Hite enjoys opportunities to go on narcotic finds and rescue missing persons with the help of Si, and one time in particular stands out in his memory.

When a five-year-old Portage girl went missing, it was Si who helped bring her home. “We went off of, really, nothing,” Hite said. “I presented Si with her blanket for a scent article for him to sniff to find her odor, and within 10 minutes we found her, we located her and she was safe. The best feeling was that you get to reunite them with her mother.”

With stories like these, the Night Out can provide inspiration for the next generation of law enforcement like young Cameron, who said being around the officers at the Night Out was, “Amazing.”

Cameron has wanted to be a police officer since he was six years old. “I always thought that police officers were cool and fun,” he said.