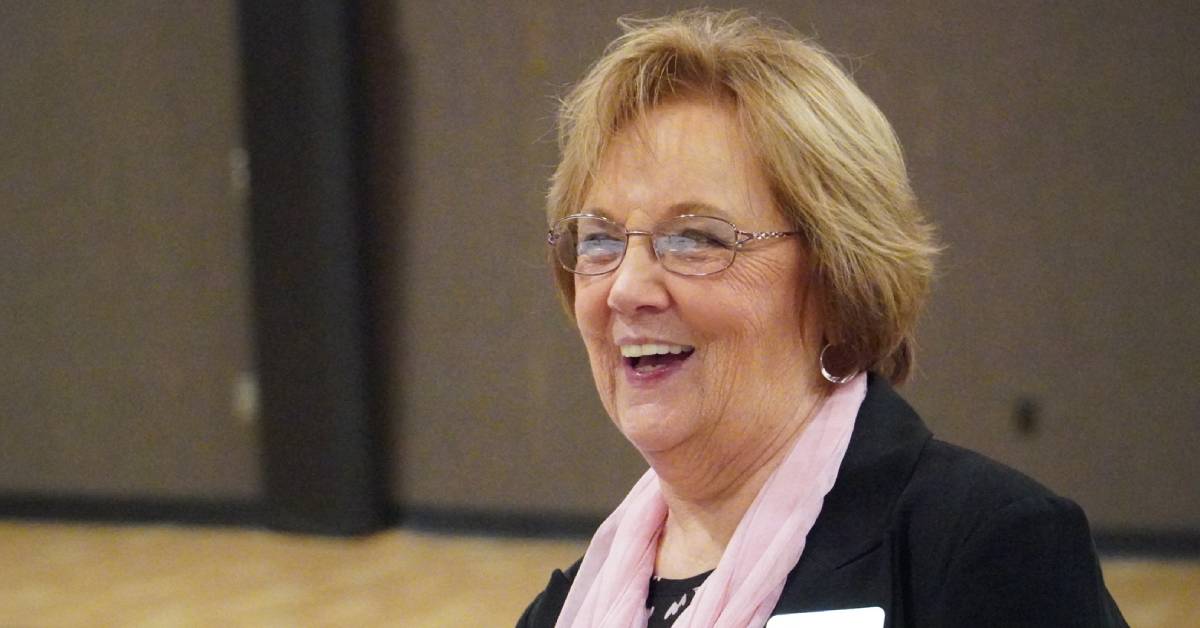 Thursday, Feb. 17 was a big day for the Portage community as many gathered to listen to Mayor Sue Lynch give her annual State of the City Address.

Lynch began her speech excited to announce the city was seeing major financial growth since she first stepped into office back in 2020.

“Despite the financial constraints, we have continued to move forward by growing, investing in our city, and improving the quality of life by providing good jobs for our residents,” Lynch said. “Our growing financial strength and the stability of our redevelopment commission has allowed us to cash flow the projects that we have undertaken this past year.”

The growth wasn’t just made possible through Lynch alone, though. The mayor was proud to state the success of the city was also from the help and support of many city residents, businesspeople, and more.

“All of this has taken a team of dedicated city leaders, city employees, volunteers, and community advocates to provide the quality of life that every single Portage resident deserves,” Lynch said..

Lynch also offered an extended thanks to the treasurer’s office and staff, as well as department heads and their assistants as she credited them for being the heart and soul of the City of Portage.

The mayor then shouted out Portage residents who serve on various boards and commissions.

“We have worked hard these past two years to bring new voices and new faces to our boards, not only to diversify representation, but to better reflect who we are as a city and make sure that the best, most knowledgeable people, all of whom have a servant's heart, are helping us make the important decisions that make the city government run,” Lynch said.

Lynch said she also serves on a variety of boards herself as well so she can help give Portage the voice the city deserves.

Partnerships within the city have also played a big part in the Portage community and its development. Portage Stronger Together was formed at the start of the pandemic and has since formed relationships with the local schools and trustees offices to help add to the quality of life for Portage residents. Other partnerships included the National Park Service and the National Lakeshore to place and move boulders along Lake Michigan to help stabilize the beach and slow erosion. Plans with the group Faith Action Network, an organization consisting of many Portage church leaders, are also in store to help address social issues within the city such as homelessness.

About a year ago, Lynch met with Porter County Library System Director Jesse Butz. That discussion inspired a multitude of projects that Lynch wanted to implement within the Portage libraries, some of which are starting this year. This includes an outdoor learning center built on the old police station adjacent to the main library.

In addition, Lynch announced that the Portage Youth Commission was back after a lengthy hiatus. This is a program that works with the younger voices of Portage to give them a say and to help improve the community in which they live.

Since Lynch herself has lived in Portage for some time, there have been many events and programs near and dear to her heart she has been working on implementing over the last year. This included the Mayor’s Charity Ball, an event once held in the very room Lynch was giving her address at Woodland Park. Lynch was adamant about bringing it back as it served as a fantastic way for the Portage community to connect and network, and was saddened to hear it was no longer taking place.

“A small group of individuals worked with me to put this dinner dance together for the sole benefit of helping our nonprofit organizations. They are the backbone of our city. The night of the charity ball, we distributed $21,000 to various organizations who provide services in this community,” Lynch said.

Lynch said the next Charity Ball is planned for July 30 of this year.

Additionally, the City of Portage received $8.3 million in federal rescue plan money this year, and further changes to the federal guidelines will allow more flexibility this spring as to where the money should go. An initial plan was developed in November, and the city council will hold meetings this spring to consider further actions to the plan. Lynch said the community is welcome to attend these meetings, happening in March and April, as she would like as much input as possible.

Lynch noted some of the spending has already begun, going towards things such as $1,000 hazard pay for full-time city employees and proratings for part-time employees, COVID-19 medication and PPE, as well as ways to upgrade systems used to stream public access to meetings.

Money from American Rescue Plan Act (COVID-19 relief) funds will be used to help update clarifiers for the wastewater treatment plants, maintaining roadways including the recently established traffic light at the intersection of Willowcreek and Robins Road, as well as providing local police with additional training and body cameras.

Lynch said even more projects are in store for the coming year and is very excited on what is yet to come. Serving as Mayor of Portage has been an amazing experience for her, and she will always be beaming with Portage pride.

“We have continued as a city to work hard and keep moving forward. I want to thank you for giving me the opportunity to serve as your mayor and for working alongside this administration to make Portage the best city that it can be,” Lynch said.

For more information on the City of Portage, visit https://www.portagein.gov/