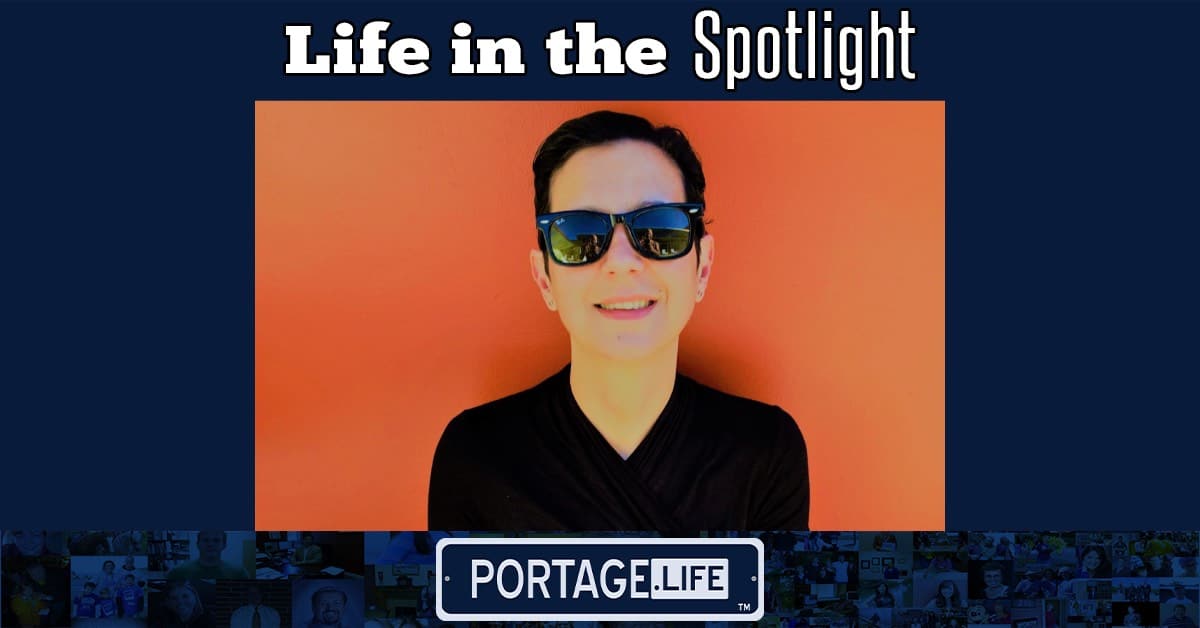 Susan Ibitz hacked my face. But let me explain.

It’s not every day that a complete stranger looks at you and suddenly begins telling you details about your personality from just a moment’s glance.

But that’s exactly what Ibitz does.

“Okay, I have three things I can tell you,” she began. “You are a visual person. You need to see things in order to integrate it. You like to learn things at your own pace; people rushing you to do things doesn’t work for you, it has to be at your pace. You also can come up with the best solutions in circumstances that might have other people confused and disorganized. You can cut through and find the best solution easily.”

And that was just from looking at my ears.

“You have a good balance between the internal world and the external world. You’re not a dreamer, you’re a doer, but you’re not about doing it now, you’re about doing it right,” Ibitz said in our 90-minute long Zoom interview. “You are very thorough in your research and you like to be prepared for any possible situation. Knowledge for you is a superpower,” Ibitz said.

“You also need to stop charging your cell phone on your nightstand because you impulsively like to check it in the middle of the night, and that’s affecting your sleep patterns.”

“I swear on my cats that I did not Google you,” Ibitz reassured me.

But how does she do it? She studies a combination of more than 200 facial features. Everything from the shape of the ears to the curve of the chin to the distance between the eyes and more. Physiognomy, or the practice of assessing a person’s personality and character traits - especially their face - can be traced back to ancient times in both Greece and China. Ibitz considers it her own personal superpower, and there are many who would agree with that.

“I wanted to be a superhero even when I was a child, I even made my own costume,” she said.

Ibitz is a self-confessed geek, and can talk long and enthusiastically about pop culture, from the Marvel Cinematic Universe to Star Wars and more.

By the way, Ibitz confesses that her personal favorite superhero is Spider-Man.

“With great power, comes great responsibility. I like that concept,” she said.

From physiognomy, to micro-expression and body language, she incorporates numerous forms of studying human behavior to “hack” each person’s personality traits. She uses this experience, offering her services to everyone from television producers to sales trainers to the FBI. She has worked with the U.S. Navy, Harvard University, and the Secret Service. A certified hostage negotiator, she is a guest lecturer at Loyola University Chicago’s Department of Criminal Justice & Criminology and a member of the Forbes Coaches Council.

Ibitz traces her extraordinary abilities to her childhood and the movies she watched with her father.

“My dad believed in quality time over quantity time,” said ibitz. “For him, that meant watching detective shows like 'Columbo,' and movies like 'The Godfather' and 'Twelve Angry Men.'”

“If you watched those shows with your children today, you might have a problem with child protective services, but I love that my dad watched those movies with us because it opened my brain,” she admitted.

That openness led to a natural curiosity and a voracious appetite for reading.

Ibitz graduated from high school two years early and was well on her way toward making her dreams come true when suddenly, one of her college professors threw her an unexpected curveball, suspecting her of having dyslexia.

“They told me, ‘you have a high IQ, so you have been using that to compensate for your dyslexia, but it shows through in your writing,’” she said.

Ibitzi was devastated, but thanks to strong words of encouragement from her father, she refused to be discouraged. She started working in television, where her perception and talent for interviewing eventually led back to her chosen path. She began training with leading specialists in interrogation, face reading, and hostage negotiation.

“I studied with Paul Ekman International Group. I studied with Matsumoto; with Lena Sisco from the CIA, the only woman doing interrogation in Guantanamo; with (hostage negotiators) Jack Cambria and Mark Lowther. Now, instead of only working for the FBI, I have the opportunity to work for many organizations all over the world.”

Born in Argentina to diplomatic parents of Italian and Austrian descent, Ibitz was raised in various countries throughout Europe and now calls Indiana home.

“I like the simplicity and practicality of living here in America,” Ibitz said. “Two years ago, a friend of mine took me to Beverly Shores and Ogden Dunes. I loved the location—so close to the beach, but with privacy, too. I have plenty of land, lots of space.”

“I still have a place in Chicago. It’s amazing and exciting there, but that’s for business. Indiana is my home, it’s where my heart is located.”

She especially enjoys the peaceful quality of life to be found living near the Indiana Dunes.

“When you’re a profiler, you can’t just switch that off. When I came here, I found peace of mind. I can read. I can relax. I can rest. My backyard is the forests of Indiana,” she said.

To learn more about Ibitz, check out her YouTube channel, or contact the Human Behavior Lab in Chicago for more information.