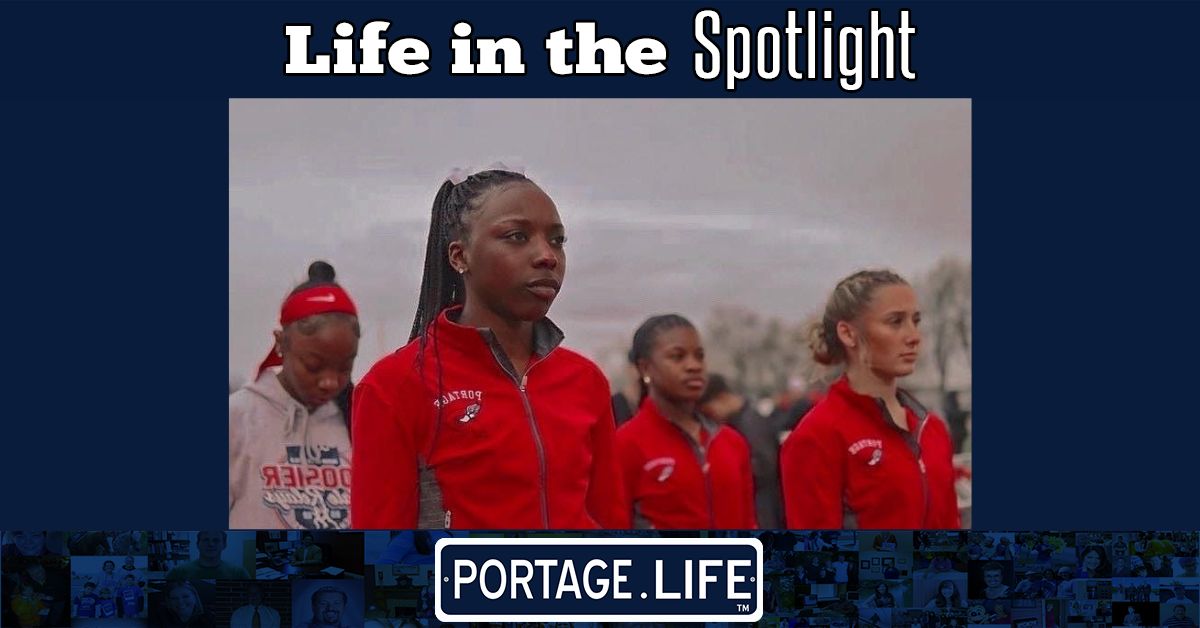 "I’ve been a part of track and field for eight years. I stayed in the sport because it was something I started to love. Growing up, you couldn’t stop me from running around the house- ask my mom!” said two-time state finalist Da’Ja Jones.

Jones attended state for track recently on June 2 and during her freshman year of high school back in 2019. In 2019, Jones went for the 4x200 meter relay and then recently went for the same relay in 2019 as well as the 4x400 and 4x100 relays. At this recent state visit, her prime reason for going to state was because of her 4x100 meter relay team victories.

State for track and field is always located at the Indiana University Bloomington (IUB) Campus on their North center campus. On the three-hour bus trip to IUB, Jones was happy to anticipate and celebrate her and her teammates' accomplishments. Out of all the events that Jones endured during the days of being at state, her favorite was the night before state began.

“The bus ride to IU was great. Being able to get hyped up with my teammates definitely made that three-plus drive feel not as long. Plus of course, TikTok was a good way to pass the time; but my favorite part was being with all the girls the night before state. Being able to spend time with them and really take it all in was amazing and just fun all around. I’m so proud to have been able to make it so far,” Jones said.

Since Jones was able to have some financial relief due to being an academic athlete and a two-time state attender, she decided to take her athletic scholarship to Purdue University Northwest (PNW). At PNW, Jones will study Biomedical Sciences and continue her passion for running by being a part of PNW’s first-ever track and field team.

“I’m so excited and ready to make history in my first year of college" said Jones, "Plus I will be taking my track career to the next level. I feel like I’ve worked hard for this and I’m not ready to give up sports just yet,” she continued.

When speaking of Jones and history, both of those words mix in a pretty amazing way. During her senior season of indoor and outdoor track, Jones and her team broke three school records. Those records were the 4x200, the 4x100 (which hadn’t been broken since 2016), and the 4x400 (which hadn’t been broken since 1987). One could say, Jones and her teammates allowed her to leave with some amazing moments from her senior year.

“Every time I break a record I text my mom. She’s been my number one supporter this year and it feels great to have that support along with my other family. They even came down to support me at state, and of course my regular meets,” Jones said.

Before the summer sun and heat comes to a close and the fall leaves start to enter our world once more, Jones would like to be able to get her Certified Nursing License (CNA). Jones would also like to leave her article with a shout-out to one of the Portage High School (PHS) coaches Mr. Hass.

“I want to give a shout-out to Coach Haas for sticking it out with the girl's team last year! It’s also a blessing to have Myles Tolliver as a part of the Portage Track Program. The culture at PHS is definitely changing,” said Jones.