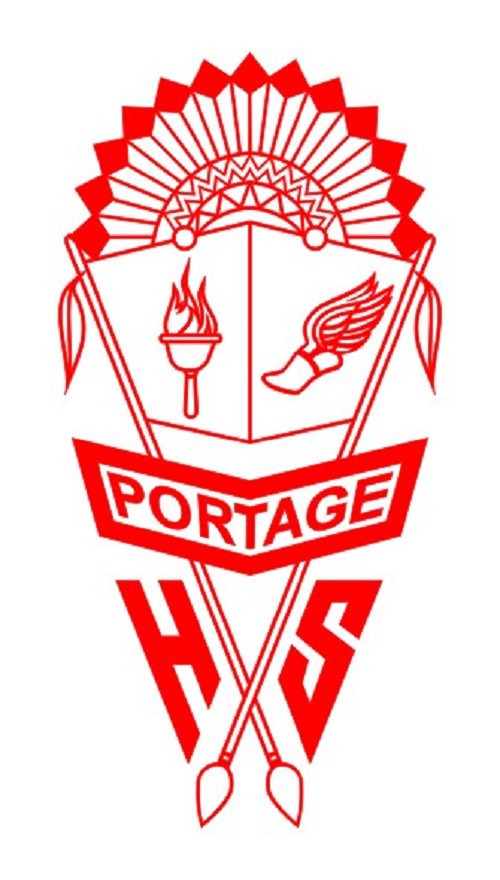 Because of the overwhelming response, PHS will present "The 39 Steps" for two more nights--Friday, Nov. 30 and Saturday, Dec. 1 at 7:30 p.m. at the Portage High School Auditorium. SPECIAL PRICES: General admission- $7.00; Children and high school students (bring your IDs)-$5.00; PTS staff- Two for the Price of One -$7.00 for two.

The 39 Steps is a comedic, fast-paced whodunit based on the Alfred Hitchcock film masterpiece. This winner of two Tony and Drama Desk Awards and Winner of “Best New Comedy” and the Olivier Award was Broadway's longest running comedy. A riotous blend of virtuoso performances and wildly inventive stagecraft, The 39 Steps amounts to an unforgettable evening of pure pleasure, packed with nonstop laughs, over 150 zany characters, an on-stage plane crash, handcuffs, missing fingers and some good old-fashioned romance! The cast includes 39 students, a production crew of over thirty students, a marching band, and, yes, night after night a plane crash right on stage!

Briefly, the focuses on a man suffering from boredom, apathy and self-doubt. After a chance meeting with a mysterious, beautiful woman (who ends up dead in his apartment), he suddenly finds himself thrust into a world of adventure, intrigue and espionage, pursued by secretive henchman and facing unknown dangers at every turn. This gripping story finds us on a wild and hilarious ride with our intrepid hero discovering not only a world of adventure, but strengths within ourselves to stand for what’s right, to fight for justice, and for the good of all mankind!