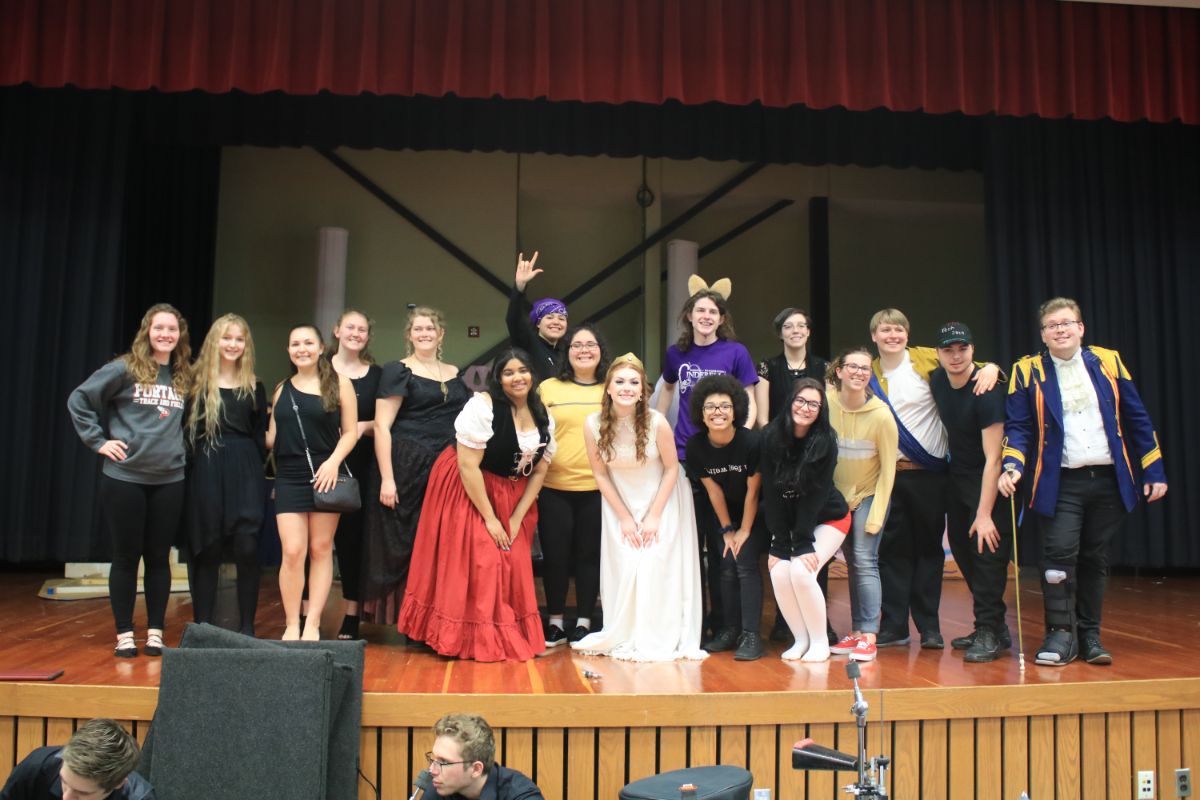 The Portage High School Thespians put on yet another outstanding show as they presented Rodgers and Hammerstein’s Cinderella on April 26th, 27th, and 28th. The musical, directed by PHS’ theater teacher, Mahaffa Thompson, included exciting twists and turns and displayed all of the actors’ and actresses’ talents. Vocals were led by Jordan Dollins. The pit orchestra was directed by the school’s music teacher Drew Rhoda, while his wife Annie Rhoda directed choreography.

The play was to be originally presented a few weeks ago, but then a fire in the East Auditorium delayed the presentation as they moved equipment to the West Auditorium. The student displayed great persistence and determination as they were faced with unexpected adversity. The students had to adjust aspects of the show, but that did not change the excitement each member showed.

The play included a chorus portion, backstage members, tech members, leads, an orchestra, and much more. Thompson expressed how proud she was of her crew following the production of their spring play and the fire.

“I knew we had to perform the play following the fire and the kids had just worked so hard on it,” said Thompson. “The kids knew it was going to take a big effort. They were extremely resilient.”

She hopes to continue to put out family-friendly productions in the future and to ready the seniors involved in the Thespians.

“In the future, I want to present shows that ready our seniors for future productions in a real theater. That has been the goal for all of our leaders,” said Thompson.

The Thespians may have been faced with multiple setbacks, but Portage High School student Sayer Norlington knew it brought the crew together.

“Everyone came together, I mean every single little thing linked together to create something amazing. Tech people, the chorus members, the main people, the pit, they all came together to make this magical,” said Norlington. “We responded to the fire by acting upon how to put the show on. It was special to see everyone work together.”

Norlington acted in the play as the Coachman and the Claude in the chorus.

Prior to the play, the Thespians joined the public in a “Royal Tea Party.” The gathering included games, juice, and treats for all ages. This addition to the play helped the audience become more involved in the play. Be sure to be on the lookout for future production dates and go support the Portage High School Thespians!